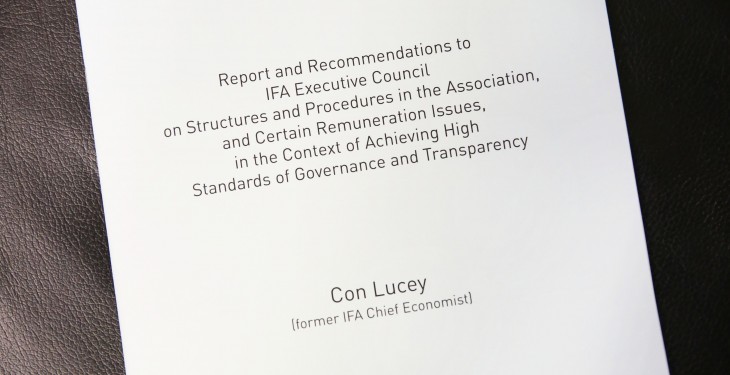 Limerick IFA members are staging a protest outside IFA HQ at the next Executive Council meeting in January.

“I am an ordinary, grass roots member of the IFA, who together with my fellow farmers, am so deeply frustrated with the IFA Executive Board’s arrogance and disrespect for our views…”

He said the Association must still answer questions, including why was the vote of the National Council on December 15, one of no confidence in the Executive Board, conducted by secret ballot with the vote ratio undisclosed?

“Secondly, I ask how and why was the former President allowed to attend and participate in the IFA National Council meeting which arguably put undue influence on the outcome of the vote?”

He also questioned why County Executives were not given the opportunity to examine the Con Lucey Report in advance of voting on the motion of no confidence of the current IFA Executive Board?

“Many senior figures of the IFA have called for a line to be drawn in the sand in relation to the recent unfolding regarding remuneration packages in the IFA so that the organisation can return to representing farmers interests, but, how can you return to normality, with the same Executive Board who oversaw this debacle, remaining in power? How can they be trusted?

“In my view, we have two options – one is to withdraw our funding to the IFA which will cause its collapse or, the second is to take a stand and fight to save the IFA and the interests of its 88,000 members.”

He said the group will be calling on the members of the Executive Board to resign. “They can then remain, unofficially, in place until such times as new presidential elections are held.

“Alternatively, other Executive Council members can step up to ensure that the IFA functions properly and effectively until the new presidential team is in place.”

O’Brien sad that he had no intention to seek election to an office-bearer position within IFA.

“I am simply acting on behalf of the organisation’s grassroot membership,” he said.