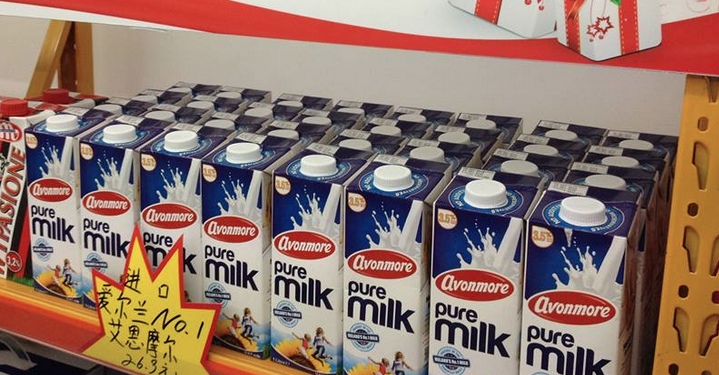 Imports of liquid milk into China are growing with European countries successfully tapping into the market, according to AHDB dairy.

China is expected to import 350,000T of liquid milk in 2015, up nearly a tenth from last year and equalling its Whole Milk Powder imports, according to the USDA.

The AHDB says two-thirds of China’s liquid imports came from the EU in January-September.

“Consumer confidence in the safety of imports is reportedly helping drive growing UHT sales, which demonstrates the value of using branding to target consumer needs within the right markets.

According to the AHDB, consumer confidence in the safety of imports is reportedly helping drive growing UHT sales, which demonstrates the value of using branding to target consumer needs within the right markets.

The number of potential consumers is also increasing as UHT is becoming more widely available in China’s smaller cities.

“Online sales platforms are performing strongly, providing easy access and home delivery to more shoppers at prices that are competitive against powdered milk alternatives,” it says.

The AHDB says China’s imported UHT consumption is expected to continue to grow off the back of these trends.

“From here the challenge is to stay in favour with Chinese consumers, which means being price competitive and continuing to build a reputation for quality and safety,” it says.

Both Glanbia and Lakeland Dairies have confirmed sustained growth in UHT milk sales to China and South East Asia as a whole.

“There is a strong market for both plain and unflavoured milks in China,” said Lakeland CEO Michael Hanley.

And this demand will continue to grow at a steady rate. Our products have a shelf life of between six and nine months. We export directly from Ireland to China.

“Lakeland has a strong presence on the ground in that market. This has allowed us develop a good working relationship with distributors.”

Glanbia launched its Avonmore UHT brand in China 12 months ago with 1L packs reported to be selling for the equivalent of €3.50 in retail outlets.

“Sales have taken off at a steady rate,” a company spokesman said.

“Our aim is to target UHT sales growth in both China and South East Asia as a whole. This will be done on the back of the Avonmore brand and own-label contract arrangements with distributors.”