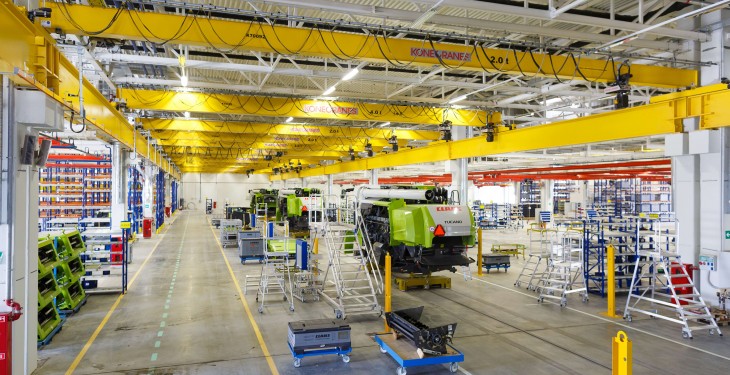 Claas has increased its sales revenue to a new all-time high of €3.838 billion, up from the previous year’s €3.823 billion.

It increased revenues despite a downturn in the market.

Claas reported earnings before tax of €158m up on the previous year’s €155m and the company achieved a return on sales of 4.1%.

Lothar Kriszun, Speaker of the Claas Executive Board said that the company is delighted that it has been able to overcome the current weakness in the market thanks to its international structure and wide product range.

“Our double-digit sales growth outside Europe was a positive factor in our results,” he said.

The worldwide market for professional agricultural machinery will shrink by around 20% this year, according to Claas.

It states that falling commodity prices and relatively new machinery fleets in many areas are having a noticeably negative impact on customers’ purchasing tendencies.

Nevertheless, Claas has been able to further strengthen its position of leadership in Europe, a statement said.

Sales in North and South America are developing positively, while Eastern Europe is seeing declines, according to the company.

In Asia, Claas has achieved further growth in India, while the market for maize pickers has stabilised in China.

The market drivers relevant to Claas remain intact. Demand for agricultural raw materials resulting from growth in population and living standards will continue to rise despite the possibility of temporary fluctuations, according to the company.

For the current 2016 financial year, Claas is however expecting another decline in the world market.

Negative developments in agricultural income and the effects of political and economic crises in emerging markets are causing general restraint towards agricultural machinery purchases, it states.

Thanks to its well-positioned range of products and services, Claas is nevertheless expecting to maintain its sales at the level of the previous year and achieve stable earnings before tax.