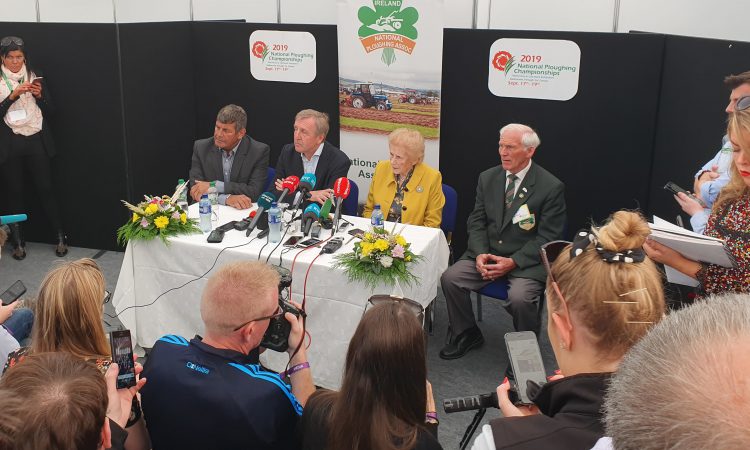 Protesters at meat plants around the country must stand down before legal proceedings are withdrawn by processors, according to Michael Creed, the Minister for Agriculture, Food and the Marine.

Speaking to AgriLand at the 2019 National Ploughing Championships, the minister said that this arrangement was part of the deal that was agreed between Meat Industry Ireland (MII) and seven of the country’s farmer representative groups last weekend.

“The agreement is very, very clear. All legal proceedings disappear when all pickets have been disbanded,” Minister Creed said.

The minister stated that this arrangement, whereby pickets would stand down before legal proceedings are withdrawn by the processors, was part of “the content of the deal in terms of the tangible proposals that are there”.

Responding to the decision yesterday, Wednesday, September 18, by protesters at the Dawn Meats facility in Slane, Co. Meath, to step aside “in the best interests of the beef industry”, the minister said: “I welcome that. There is a lot of endeavour and efforts behind the scenes by all parties to the agreement to try and build momentum around that.

“I want to acknowledge in particular the seven farm organisations who came into the talks for their commitment and efforts in that regard,” he added.

The Slane protesters who stepped aside said in a statement that their decision was “hopefully the first step in the ratification of the agreement set out on Sunday, September 15”.

“The peaceful protesters in Slane hope this will be regarded as a positive step as opposed to a negative by the men and women at other factory gates that are also involved in this dispute,” they said.