Lee – it’s all about the story 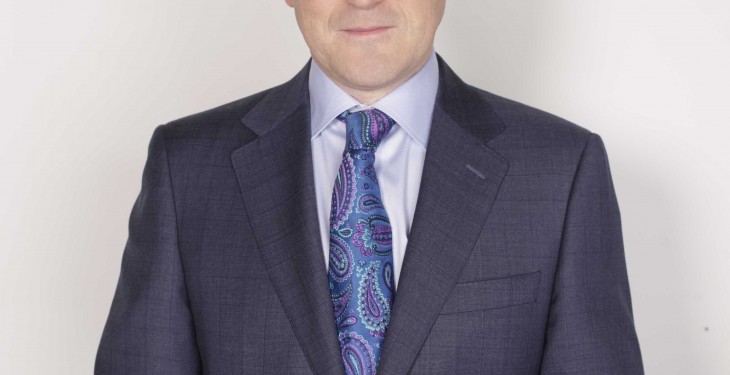 RTE’s newly appointed agriculture correspondent George Lee has made it clear that he does not regard his dearth of farming experience as a drawback – in fact the opposite may well turn out to be the case.

Speaking on this morning’s Sean O’Rourke’s programme he added:

“At the end of the day my success in the job will be determined by my ability as a journalist to relate the developments that are taking place within the farming and food sectors. For example, it is not cast in stone that a business correspondent should also be an entrepreneur. So why should my lack of direct, on-farm experience hold me back in my new position?”

George Lee went on to point out that he is taking on his new role at a very exciting time for Ireland’s agri food sectors.

“Agriculture will be a key driver within the economy over the next number of years, both in terms of wealth and job creation. And the specific developments that are due to take place within Ireland’s dairy sector are likely to transform our rural areas.

“For the first time in a generation, Irish farmers will have the opportunity to significantly increase milk output. All of this will kick in, once dairy quotas end in 2015. The expansion opportunities emanating out of this are immense and I look forward to covering these developments in detail.

“The world’s population is set to grow dramatically over the next few decades. Ireland will have a unique opportunity to avail of this opportunity as the growing wealth creation in countries such as China and India is reflected in a much stronger demand for the foods that we produce in this country.”

RTE’s man at the helm of both agriculture and the environment went on to confirm that the development of new energy harnessing opportunities and their potential impact on rural communities must be actively addressed.

“Wind farming is a case in point,” he stressed.

“But, perhaps, of even more significance will be the potential impact of fracking. The UK government has already made it clear that it supports the development of this fast growing technology.

“We already know that large deposits of natural gas have been found  in neighbouring parts of Counties Leitrim and Fermanagh, a fair proportion of which can be accessed through fracking. However, we could quite quickly end up in a situation where fracking is undertaken in Fermanagh while the same natural gas resources remain untapped in neighbouring parts of Co Leitrim.

“And this would be a totally unacceptable scenario, as there are both environmental and economic factors to be considered.”