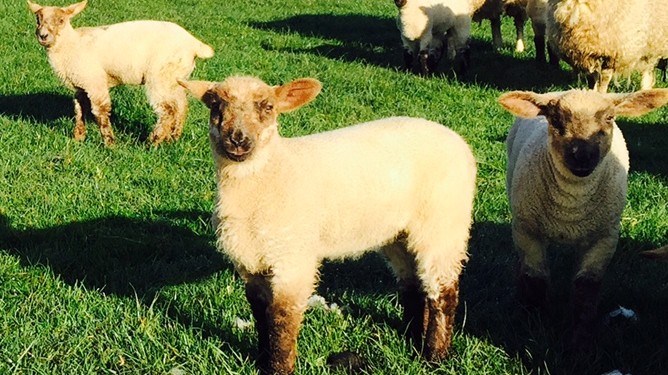 The trial work looked at the differences in ewe and lamb performance from swards containing Perennial Ryegrass, legumes and herbs.

Early results show that lambs thrive better when they graze multi-species swards compared to grass and grass-clover swards, he said.

A lot of that growth difference is coming in the first seven weeks of life when milk is having a really big effect on lamb growth rate.

“We seem to be seeing a response in the ewes ability to produce milk,” he said.

Boland also said that the lambs on the six-species sward had higher growth rates from birth-to-slaughter, 40g/day higher than the Perennial Ryegrass lambs, leading to higher weanling weights.

“Ultimately, that meant that we got the lambs finished earlier. The lambs on the six-species mixture were 25 days younger going to slaughter than our Perennial Ryegrass lambs,” he said.

Another key benefit of the multi-species swards was the reduced need for dosing, he said and a lower lamb worm burden was likely to have caused the higher lamb growth rates.

“At 10 weeks of age the lambs on the multi-species sward had a lower parasite burden.

“And, that is part of the reason we are seeing the elevated growth rates in our multi-species swards,” he said.

Boland also said that the ewes on the multi-species swards had the highest live weights during the first six weeks of grazing.

That is important as the first six weeks are very important for the lamb. This indicates that the ewe is being well nourished because she is not mobilising her body reserves.

“If we can get milk into that suckling lamb in the first six weeks, it has a feed conversion efficiency of 1:1. That is the most efficient your lamb is going to be right through its life.

“We need to maximise that growth potential in this early period and there seems to be some benefit form these multi-species swards,” he said.

A “real challenge” that Boland identified with multi-species swards was weed control, as there is basically no herbicides to control problem weeds in these swards.

He also said that there are potential issues with seasonality, herbage production and nutritive value and all these need to be ironed out before recommending these mixtures to farmers.

“If we are to get any foothold within the industry with this swards, they need to be able to perform under intensively managed conditions.”

However, Boland said that the results are provisional and further research is required before recommending farmers to use these sward mixtures. 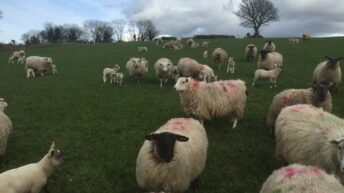 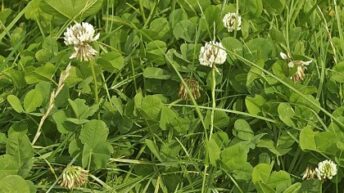