Milk suppliers for Lakeland Dairies have offered some insight into their progressive farm management practices through the results of an “extensive” survey conducted by the Cavan-based co-op.

Following our earlier article on the responses given by the farmer participants relating to the business aspects of their dairy enterprises, below are the reactions relating to farm management, herd size and output, land and buildings and livestock planning.

Also Read: Expansion firmly on the minds of suppliers in new Lakeland survey

In terms of farm practices, some 90% of Lakeland milk suppliers have reseeded part of their farm in the past five years, leading to increased sward productivity and higher milk output.

Eight in every 10 milk suppliers have tested their soil in the past three years and two-thirds have milk recording facilities in place, according to the co-operative.

On average, the number of dairy cows on Lakeland supplying dairy farms is 81 – with a further 25 replacements also on the farm.

By 2022, Lakeland milk suppliers say that they will increase cow numbers on the farm by 11% and milk output from the farm will increase by 22% to approximately 560,000L.

Just over one-third of Lakeland supplier dairy farms employ staff on either a full-time (8%) or part-time (28%) basis. Two-thirds of milk suppliers do not employ any labour on the farm, other than the family’s own inputs.

80% of Lakeland milk suppliers said they have a medium-to-high Economic Breeding Index (EBI) among their herd.

The Lakeland Dairies / Teagasc Joint Advisory Programme continues to work with milk producers to optimise the use of EBI, helping farmers to identify the most profitable bulls and cows for breeding dairy replacements, the co-operative claims.

“We are ready and able to process every litre of milk that our dairy farmers will produce.” 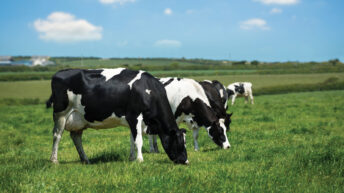