Lairage space for 5,000 dairy calves per sailing expected next spring 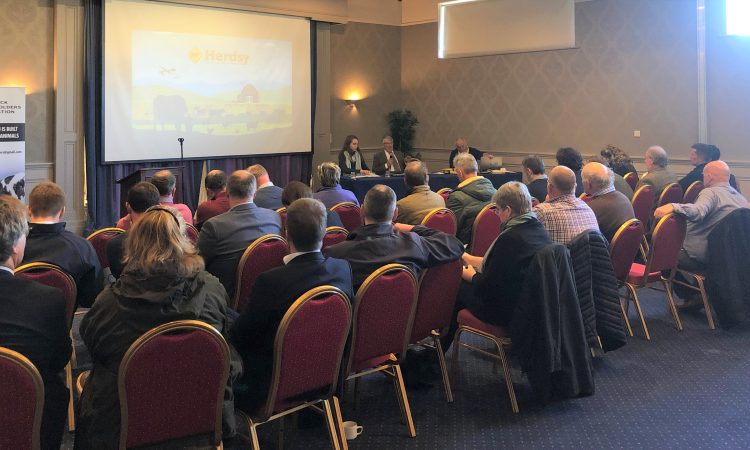 It is expected that there will be lairage capacity for up to 5,000 Irish dairy calves per sailing to Cherbourg Port in France next spring, it has been stated.

Jean Luc Pignet had capacity for roughly 1,500 or 1,600 calves, but he is now bringing that up to 2,500 calves – courtesy of him changing some of his premises around from handling weanlings to now just calves only.

When asked about transport capacity to carry the calves to the French port, where they will ultimately be moved to other EU destinations, Doyle highlighted the volume of trucks expected to travel on board the Stena Line and Irish Ferries ships throughout the looming dairy calf export season.

“Stena Line on its own has the maximum capacity of 22 trucks per sailing – three times a week.

“Obviously, we can’t do that because we are now caught by 5,000 lairage space, so we are really down to 20 trucks.

“That’s probably fine because that means 15,000 calves per week. The maximum that occurred last year was almost 12,000 calves a week, so we don’t seem to have a capacity issue from that point of view,” said Doyle.

However, reflecting on the situation last year when a number of sailings had to be cancelled due to storms and risky weather conditions, Doyle cautioned that dairy farmers will need to be in a position to hold onto calves for longer – possibly up to three weeks.

The need to improve communications channels between exporters and the lairage operators was also a key talking point at the forum that took place this morning, Monday, November 18. It was noted that shortcomings in this area compounded capacity problems at the port last spring.

“The issue is actually sailings being cancelled: Last year, the two lairage owners had difficulties with some of the Irish exporters not communicating with them in time – either they cancelled bookings and never told them until the last minute; or they arrived with an extra truck that they hadn’t booked.”

Doyle is calling on the Department of Agriculture, Food and the Marine to “supervise or control” this area in a bid to ensure that bookings are lined up at the lairages before the calves leave Ireland.

“The department needs to grab a hold on this and insist that animals are not loaded, or the veterinary check is not generated, until they have confirmed bookings in the lairage space.

The last thing you want is trucks arriving unannounced.

“The two owners were adamant that they were never going to create an animal welfare problem by not feeding the animals; however, they warned that a lack of planning with trucks could perhaps have a potential knock-on effect on space.

“In that scenario they were doubling up on space and they are at risk of contravening the rules from the Department of Agriculture in France – or worse, an NGO with a phone,” he added.

Doyle is confident that the lairage space in Cherbourg will be adequate – once it is properly managed.

I would think we can handle it, but it still goes back to the farmer making sure we have adequate facilities.

“Unless farmers actually plan and put facilities in place, we’re still going to have a potential welfare issue.

“They must have the facilities in place to be able to hold them for the extra week or two, if the weather turns bad. There needs to be a back-up on the farm all the time.

“Just because we’ve solved the lairage and the transport, all you have done is moved the potential problems back down towards farm – and now, all of a sudden, if someone is tight on space and they can’t go because of storms, now your problem is on-farm.

“My message to dairy farmers is audit your farm and ensure you have the capacity to hold the calves for potentially three to four weeks – that’s what it takes,” Doyle concluded. 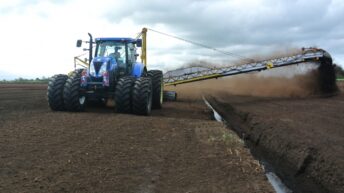