Calls have been made for the UK government to step in to match Scottish government funding earmarked to support females in farming in lieu of an Executive in Northern Ireland.

Ulster Farmers’ Union deputy president Victor Chestnutt explained that a £250,000 fund was put in place in Scotland last year to help break down the day-to-day barriers which limit women’s impact in the sector.

He said the union “will be knocking on government’s door” to pursue a similar pot for Northern Irish women.

In Scotland, some of the money was used to deliver appropriate training and develop a charter which businesses and organisations could sign up to in a bid to show their support for involving more women.

It followed recommendations made by the Scottish government’s ‘women in agriculture taskforce’. The group, which was established in 2017, is expected to publish its latest report in December.

The taskforce highlighted the need to improve access for women to relevant training, increase the presence of women in leadership roles, and encourage rural bodies to advance gender equality.

Speaking to AgriLand after the union’s first-ever Women in Agriculture conference, Chestnutt said he would be calling for the UK government to commit a similar amount of funding for Northern Ireland. 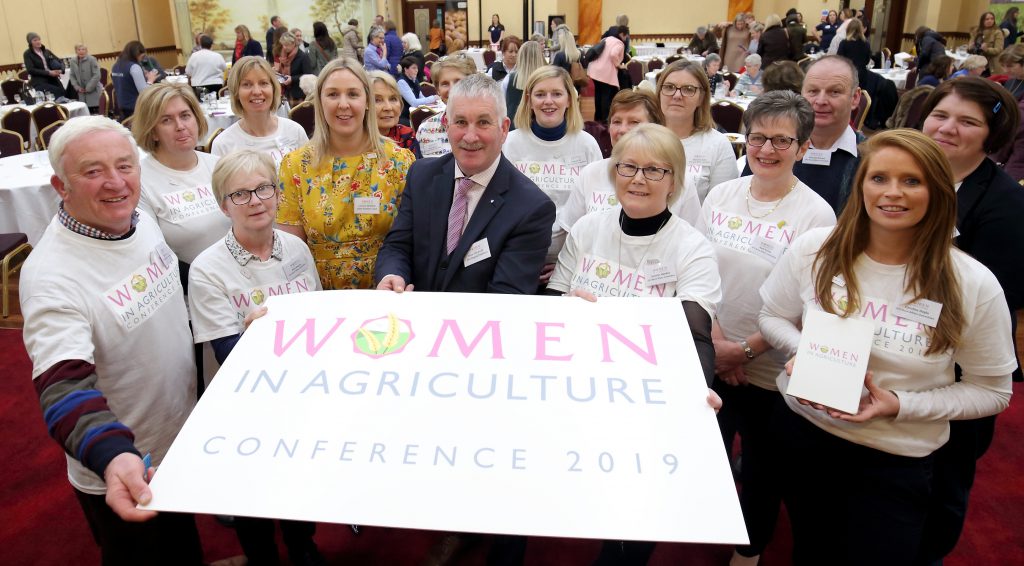 More than 200 women turned out to Northern Ireland’s first-ever Women in Ag event on Friday, November 15, with tickets selling out in just a few days.

“We have had a wonderful conference but we don’t want to leave it there – we want results,” Chestnutt said.

Success, to me, would look like greater diversity on our committees. We have lots of great stories to tell in farming and we all need to be proud of our successes in our roles.

Chestnutt highlighted that the conference came from a suggestion at the union’s rural affairs committee board meeting as an example of the change that being an active part of a committee can generate.

“Our farmers’ union has 16 committees. Those committees are elected at our group meetings and cover all different areas of the industry,” he said.

“Ladies, you need to get to your group meetings and let your group staff know that you are ready and available for whichever committees your area is most interested in and hopefully you will be elected.”