Kubota’s flagship M8 Series ‘not coming to Europe for now’

We recently reported that Kubota had unveiled its new M8 Series tractor line-up, which extends beyond 200hp, in North America.

However, according to Dutch publication Mechaman.nl, these tractors “will not be offered for sale in Europe for now”.

The outlet reports that Kazunari Shimokawa – CEO of Kverneland Group and president of Kubota Holdings Europe – explained that the tractors do not meet European requirements.

He was quoted as saying: “This tractor series is designed for North America. It is not suitable for Europe. We need to do more research, such as a feasibility study, before we introduce a trigger for the European market.

“That does not alter the fact that Kubota has the ambition to sell tractors with an engine capacity of more than 200hp in Europe. We have that ambition.”

These tractors are, in fact, the result of a collaboration with Canadian-based Buhler Industries (a manufacturer that trades under the Versatile and Farm King brands).

More specifically, the M8 Series is a Kubota-liveried version of the Versatile Nemesis tractor range, details of which were revealed back in March.

This picture (below) shows a Versatile Nemesis. It and its Kubota-badged M8 Series counterpart are essentially the same tractor – beneath the skin. 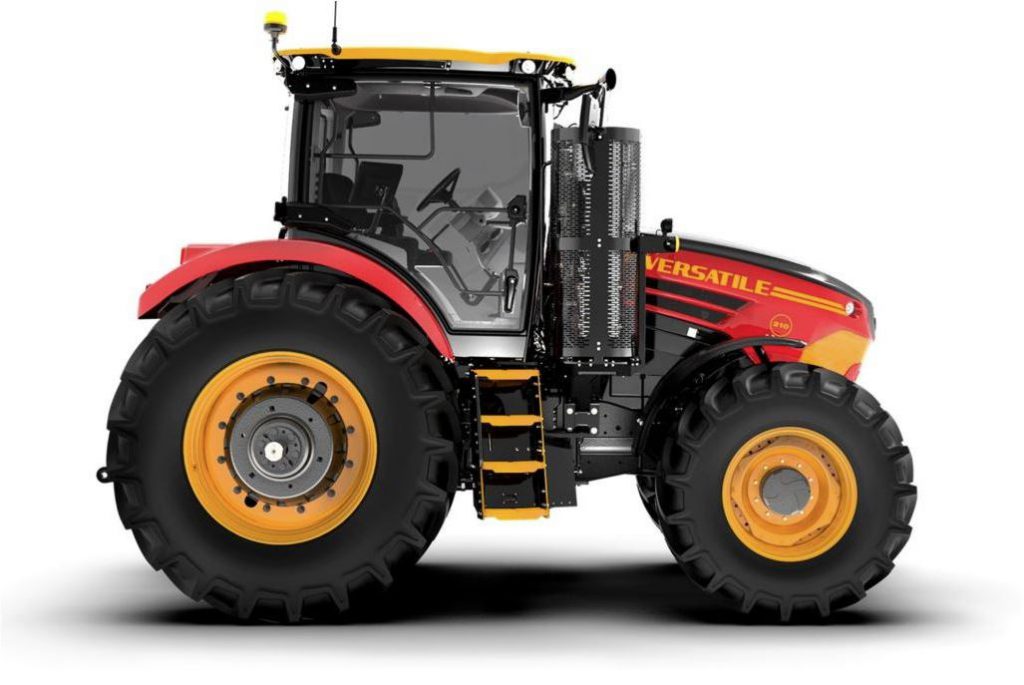 Earlier this year, Kubota Corporation stated that it had entered into an agreement with Buhler Industries to “produce a new tractor platform”.

Under the terms of this “OEM [original equipment manufacturer] long-term agreement”, Buhler Industries will manufacture these tractors at its factory in Winnipeg, Manitoba.

Tractor and machinery sales fall in the US