Factory protests resumed this week, albeit with no farm organisation representation. That being said, beef prices have come under pressure, with processors applying downward price pressure.

On the cow price front, beef buyers are starting negotiations with farmers for P-grade cows at the 280c/kg mark, with O-grades at 290-300c/kg. Moreover, R-grading cows are securing up to 320c/kg depending on quality.

Farmers with bulls fit for slaughter are still being met with downward price pressure. Quotes are dependent on location and demand of the individual processing plant, but under-16 month bulls are quoted at 340-355c/kg. Factories with less of an appetite for bulls are quoting prices further back.

The latest data from the Department of Agriculture’s beef kill database shows that some 34,188 head of cattle were slaughtered in Irish beef processing plants last week.

This is a fall of 3,857 head or 10% when compared to the previous week’s kill. Last week, the number of young bulls slaughtered amounted to 2,886 head – a drop of 63 head, while the number of aged bulls increased by nine head to 754 head.

The number of steers presented for slaughter decreased by 2,710 head to 14,875 head on the previous week. Cow numbers also fell slightly by 17 head and the number of heifers slaughtered decreased by 1,100 head.

In addition, yearly supplies of steers are down by 14,525 head and cows decreased by 13,361 head. Moving to heifers, the number of these animals presented for slaughter has increased by 27,783 head. 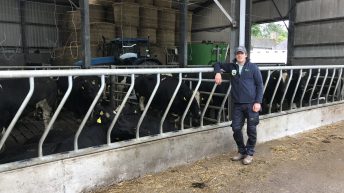