Co. Cork is represented in the Teagasc Green Acres Calf to Beef Programme by Pat Collins. Pat, alongside his father Matt, operates dairy calf-to-beef and tillage enterprises just outside Castlemartyr.

Pat’s calf-to-beef journey commenced in 2017, when he returned home to the farm full-time, with the purchase of 50 calves. However, numbers have increased in the subsequent years.

The Cork-based farmer purchases Holstein Friesian and Aberdeen Angus calves from local dairy farmers every year, with the majority of grazing platform rented.

In the spring of 2018, 168 calves were reared. At the beginning, Pat operated a calf-to-store system, with animals sold in the springtime to coincide with the onset of grass growth.

The system then evolved into a bull beef enterprise, with approximately half of the Holstein Friesian bulls finished under-16 months – and sold to the factory in May and June of this year – with the remaining 52 recently housed for finishing at approximately 22 months. 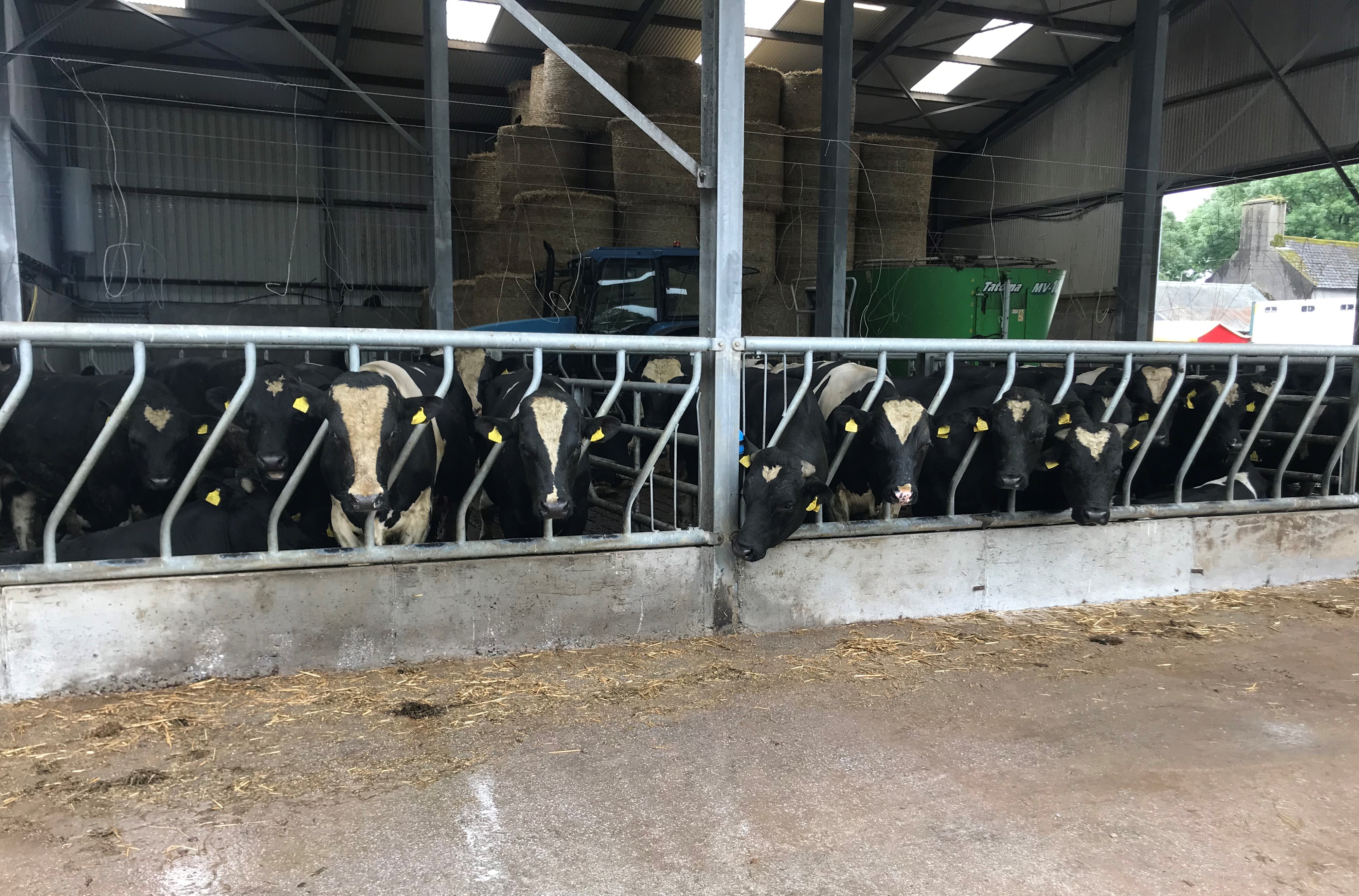 Angus steers and heifers accounted for the remainder of 2018 calves and these were sold as stores.

However, bull beef systems are described as risky, and amidst the current uncertainty surrounding the future of bull beef, the decision was made to move away from this system for the time being.

Some 100 spring-born calves were purchased in 2019, consisting of 40 Friesian bulls, 30 Angus bulls and 30 Angus heifers.

The plan going forward is to slaughter the Angus heifers at 18-19 months, the Angus bullocks at 20-21 months and the Friesian bullocks at approximately 22 months-of-age; maximising the proportion of grazed grass in diets will be a top priority.

Recognising the need for change

Pat’s farm is located in a highly populated dairy region and he purchases the calves from three local dairy farmers – one farmer supplies all the Angus calves and two dairy men supply the Friesian calves.

This provides an opportunity for Pat to witness the genetics in the dairy herd, the farm management practices and the emphasis placed on health and hygiene by the dairy farmers. 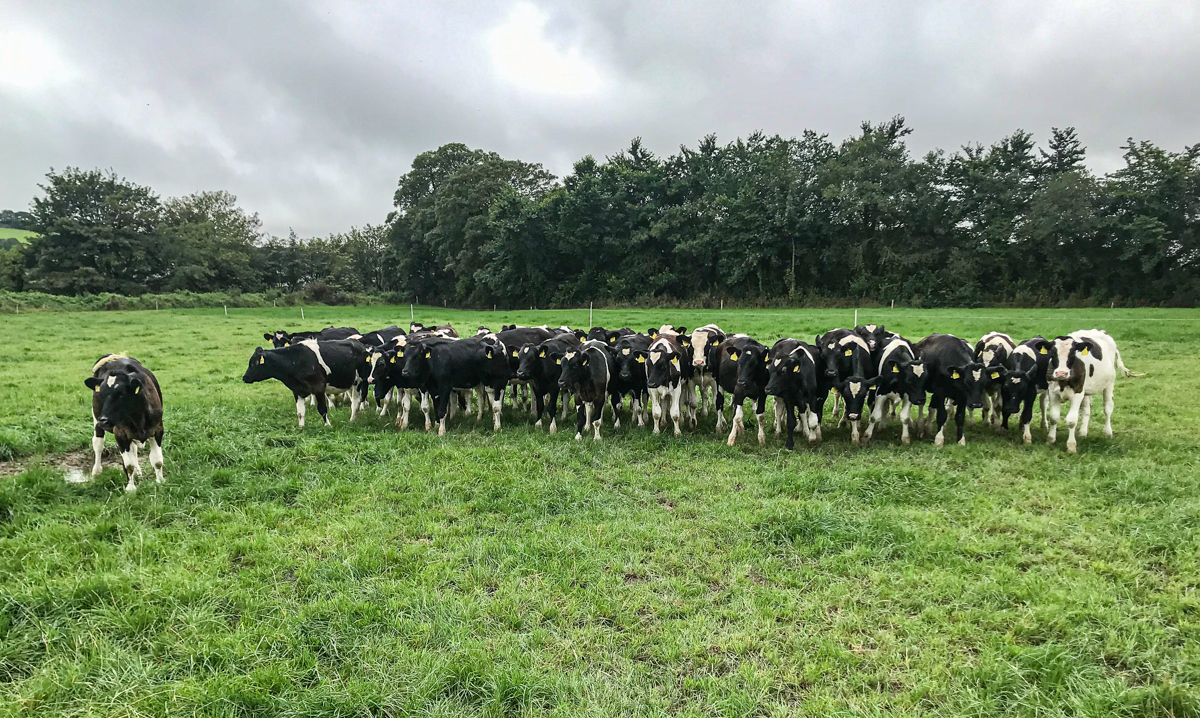 The farmers Pat buys from understand the need for a good-quality calf, with one of the dairy farmers looking to use easy-calving Limousin bulls and recognises that it is important to have a home for his calves.

In addition, Pat has also talked with his Angus supplier, and they have agreed to have a meeting with Munster Bovine before the next breeding season. By doing so, bulls can be selected that are positive for carcass weight and conformation, without being excessively hard-calving for the dairy herd.

“I’ve spoken to one farmer about using bulls from the Dairy Beef Index (DBI), and he’s happy enough for us to have a meeting with Munster Bovine to pick AI sires that we are both happy with,” Pat explained.

Calf price reduced significantly in 2019. On this, Pat said: “The best calves – the calves that farmers have put a bit of effort into breeding some beef or terminal genetics – will be worth something in the future. 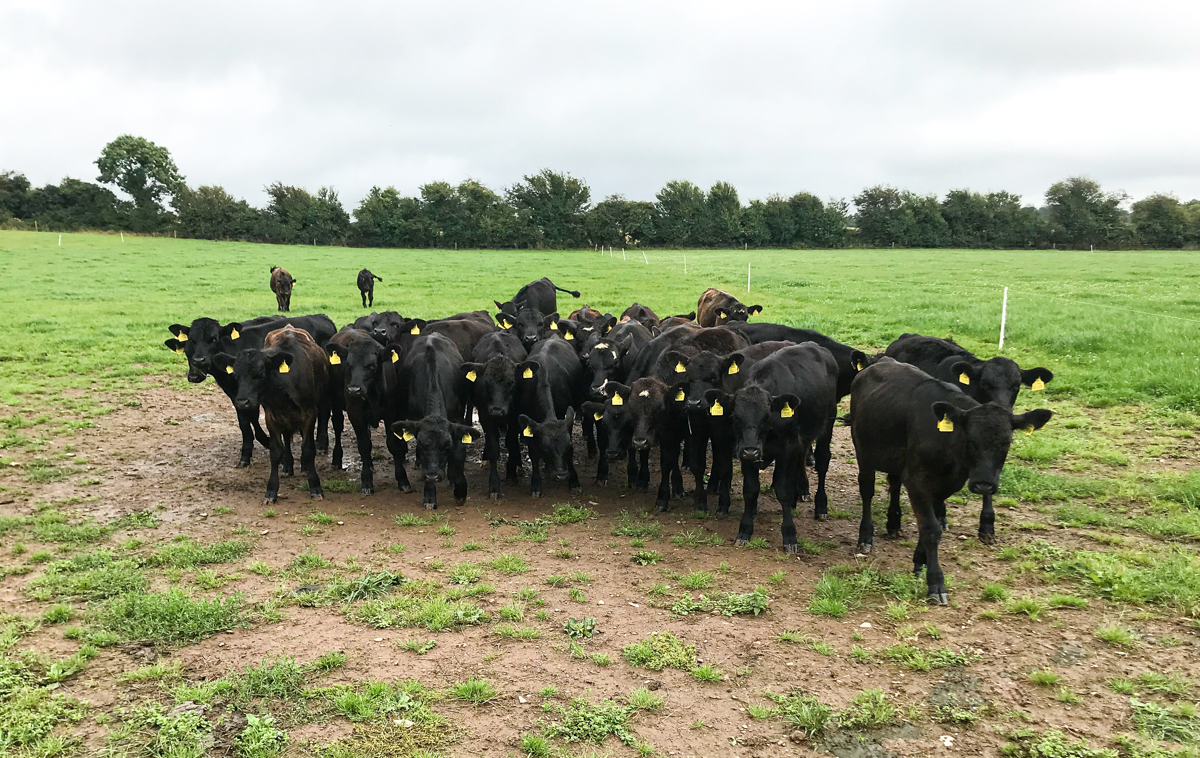 “However, Friesians, Angus and whiteheads bred solely for easy calving are going to be well back on price,” he added.

The farm would be considered dry, with cattle normally turned out early in the year. Prior to weaning in batches of 20, all calves would be eating 2kg of concentrate before they are weaned.

This rate of feeding is continued two weeks post-turnout. It is pulled back to 1kg until the start of July and pulled completely from then on.

All calves are given a preventative coccidiosis treatment approximately one week after arrival and 10 days post-turnout.

The housed bulls and weighing

The remaining 52 Friesian bulls were housed for finishing recently and are targeted for slaughter at 22 months-of-age. These bulls were introduced to a starter diet and will remain on this for four weeks, before being pushed on further.

All feed used in the cattle enterprise is grown on the farm with the exception of protein ingredients.

This starter total mixed ration (TMR) is fed with a diet feeder and consists of: 14.5kg of silage; 4.2kg of barley – treated with Maxammon – 1.9kg of straw; 4.75kg of Eornagold; lime; and minerals. 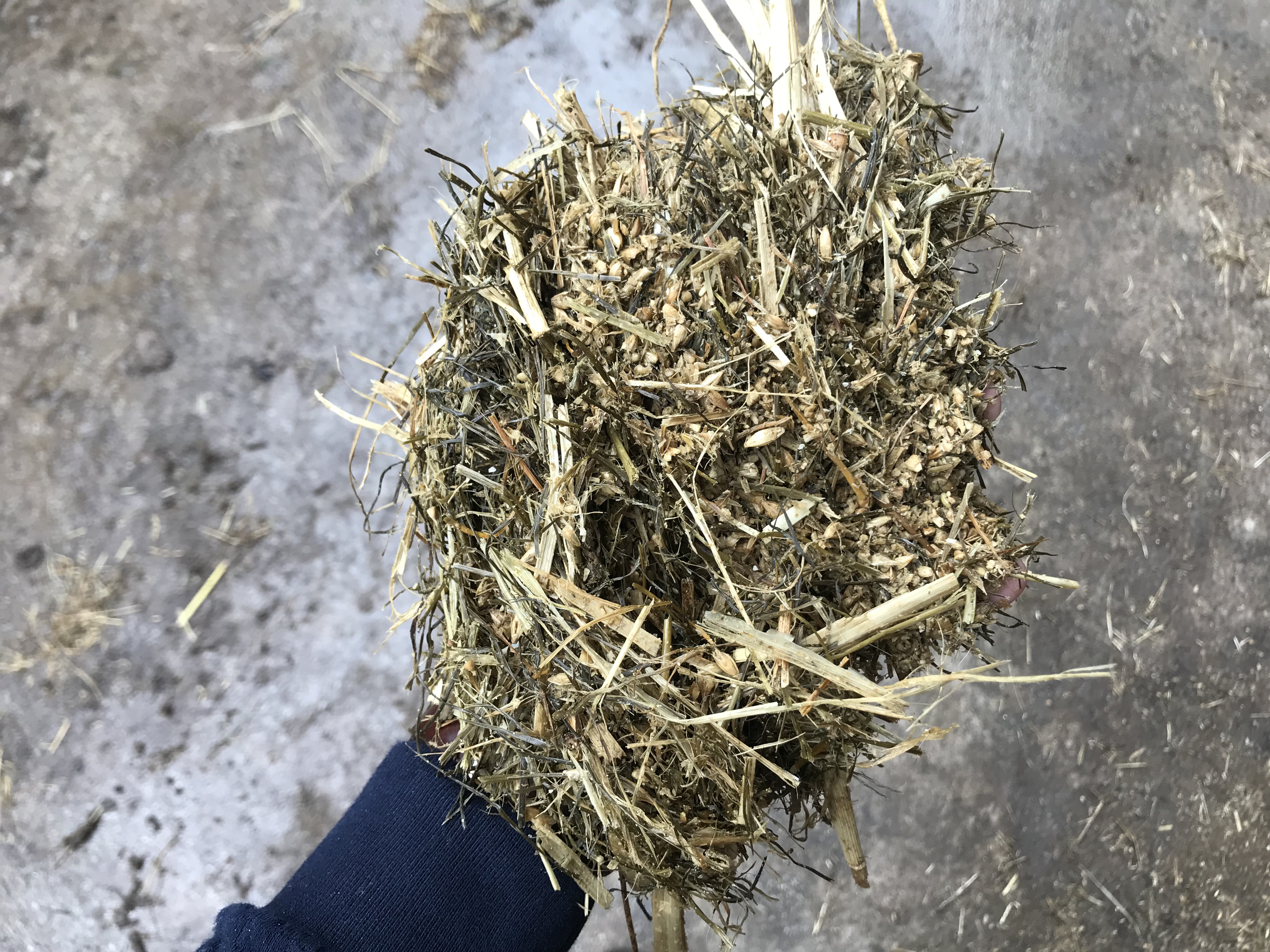 After four weeks, the feeding rate will be increased and the straw proportion in the diet will be reduced. The target weight for these bulls is a minimum of 1.5kg/day, aiming for a 340kg carcass.

Furthermore, mid-season weighing was carried out on the farm recently. While at grass, the Friesian bulls had an average daily gain (ADG) of 1.19kg/day and the 52 bulls weighed 525kg on average.

The 2019 Friesian calves had an average weight of 163kg, while the Angus males and heifers weighed 175kg and 155kg respectively.

Depending on the results from these samples, dosing will be carried out if needed; however, no burden is expected. 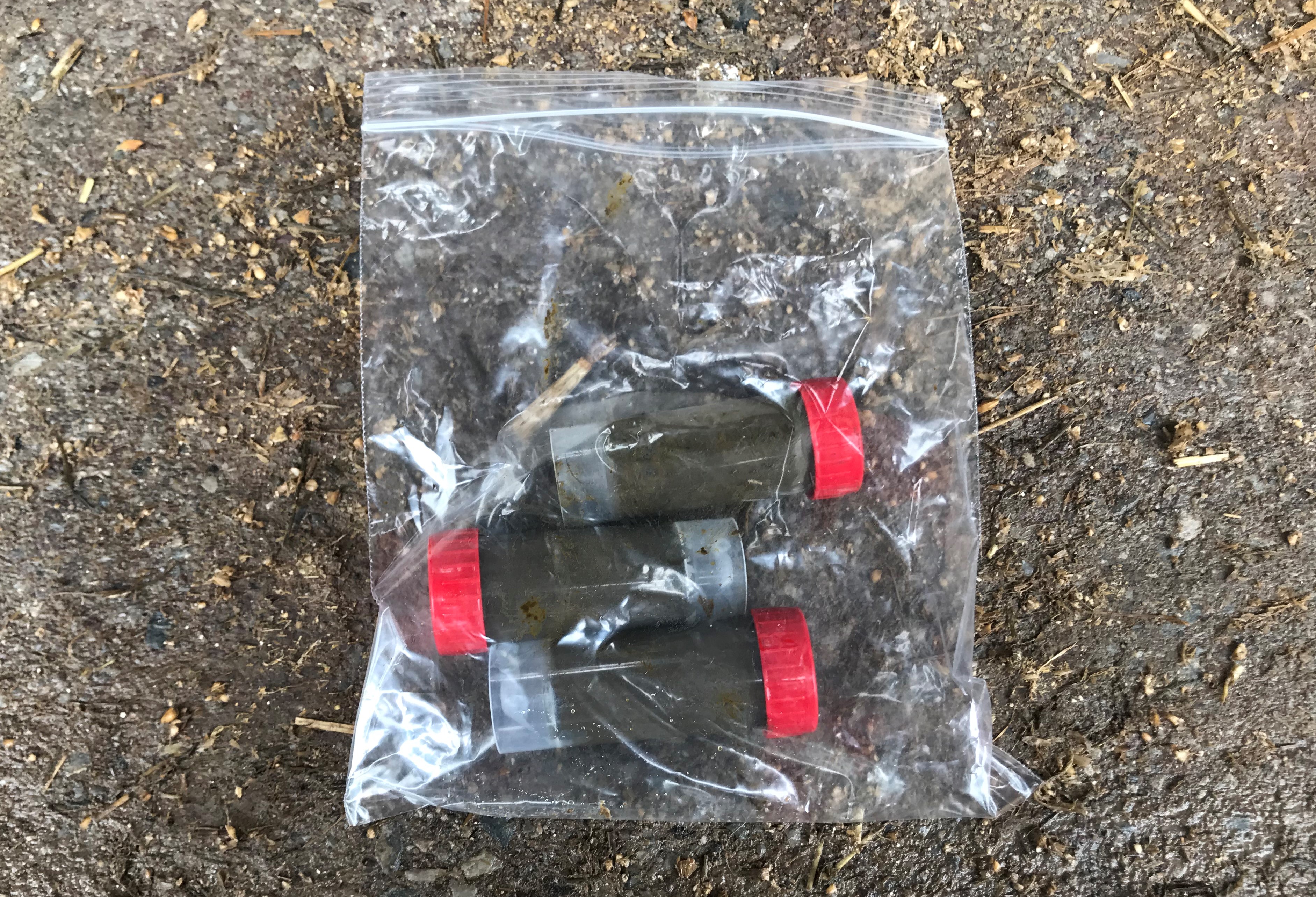 Having excellent-quality silage is very important in a calf-to-beef system, and Pat harvested 25ac of first-cut silage – from an outside block – on May 8.

A second cut of haylage was harvested from the same block on July 10, and the third cut will be either baled or pitted mid-September; the haylage bales will be sold for race horses.

The Cork farmer has already tested his silage and the results were as follows:

An additional wet test will also be carried out by Teagasc in the coming weeks. 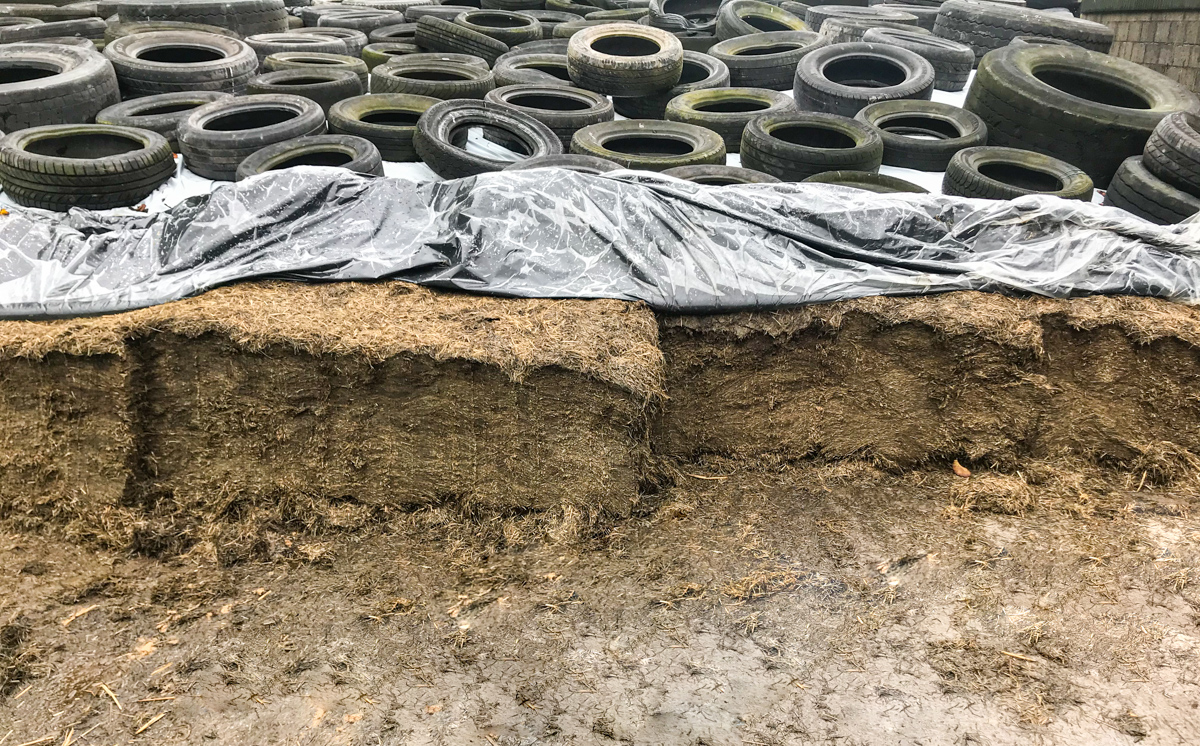 Over recent years, Pat has invested heavily in grassland. As some of the ground was previously under tillage, a large degree of reseeding has been undertaken, and high-yielding perennial ryegrass varieties were chosen.

Recently, a block of land adjacent to the home farm has been rented on a long-term lease; this is now the main grazing block for the cattle.

When soil samples were taken earlier this year, the results indicated that the entire farm – including the newly rented block – was index 4 for phosphorus (P) and potassium (K), and a pH of 6.5.

“There is a roadway going through the middle of the block, so it was easy enough to paddock off that and put in water troughs,” Pat explained. 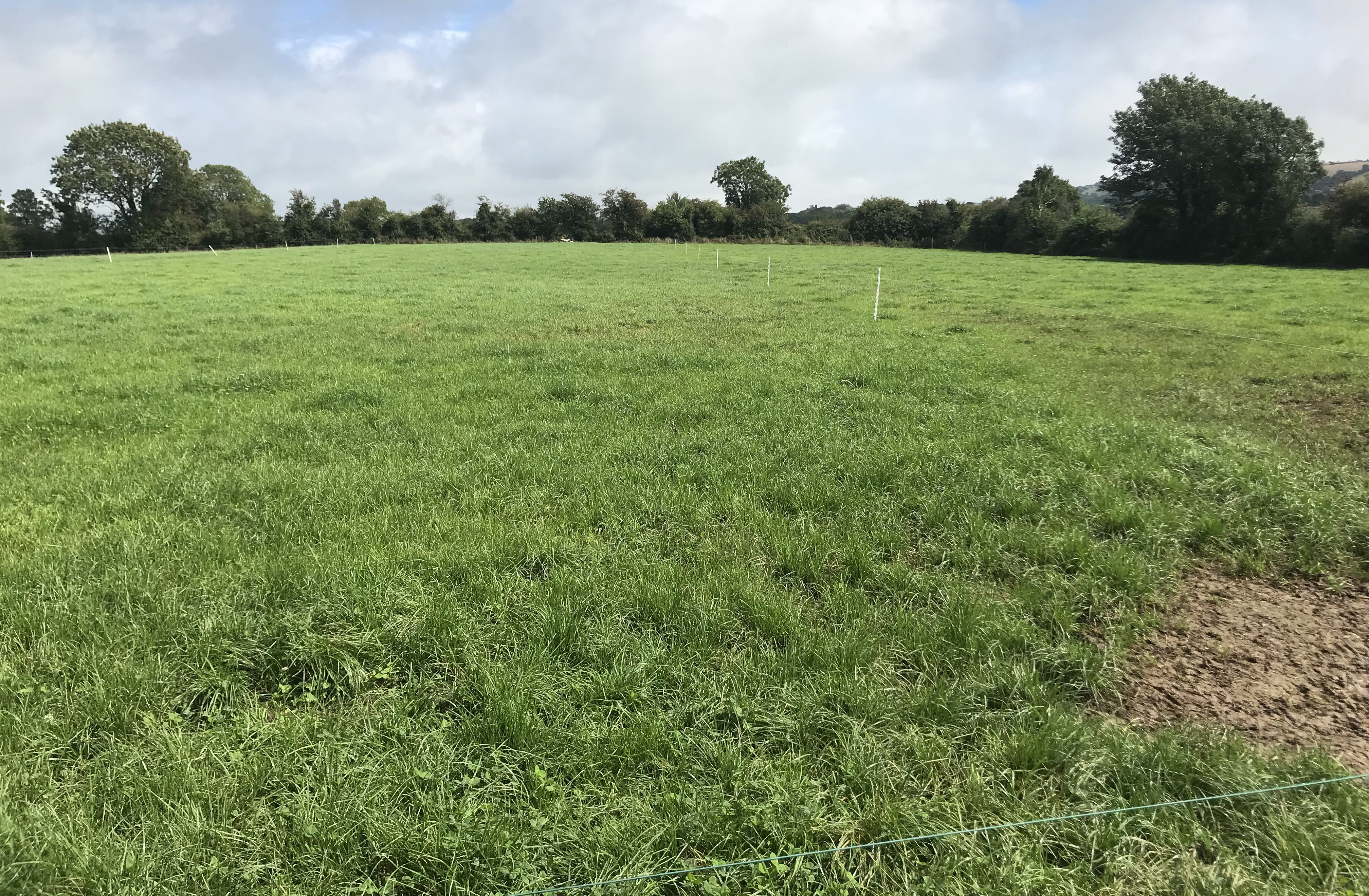 Permanent fencing was installed around the block and paddocks were divided with temporary posts and wire.

“I’m involved in a local grass discussion group with Teagasc’s John Maher and that has been very beneficial. When we got the land across the road on long-term lease, I had 12 paddocks in it and I thought I had loads.

“But, I had to split them all again. Despite this, all it cost to split them further was three extra water troughs and just to re-position others.

“I got some second-hand water troughs off a dairy farmer who was going for bigger ones and they were perfect for the job,” he added.

Continuing, he said: “All it took was a couple of rolls of piping, and definitely there is no comparison when it comes to managing the paddocks.

“It might seem that it is more labor intensive, but actually if you do it right, it’s less labor intensive because you have no topping or anything like that. 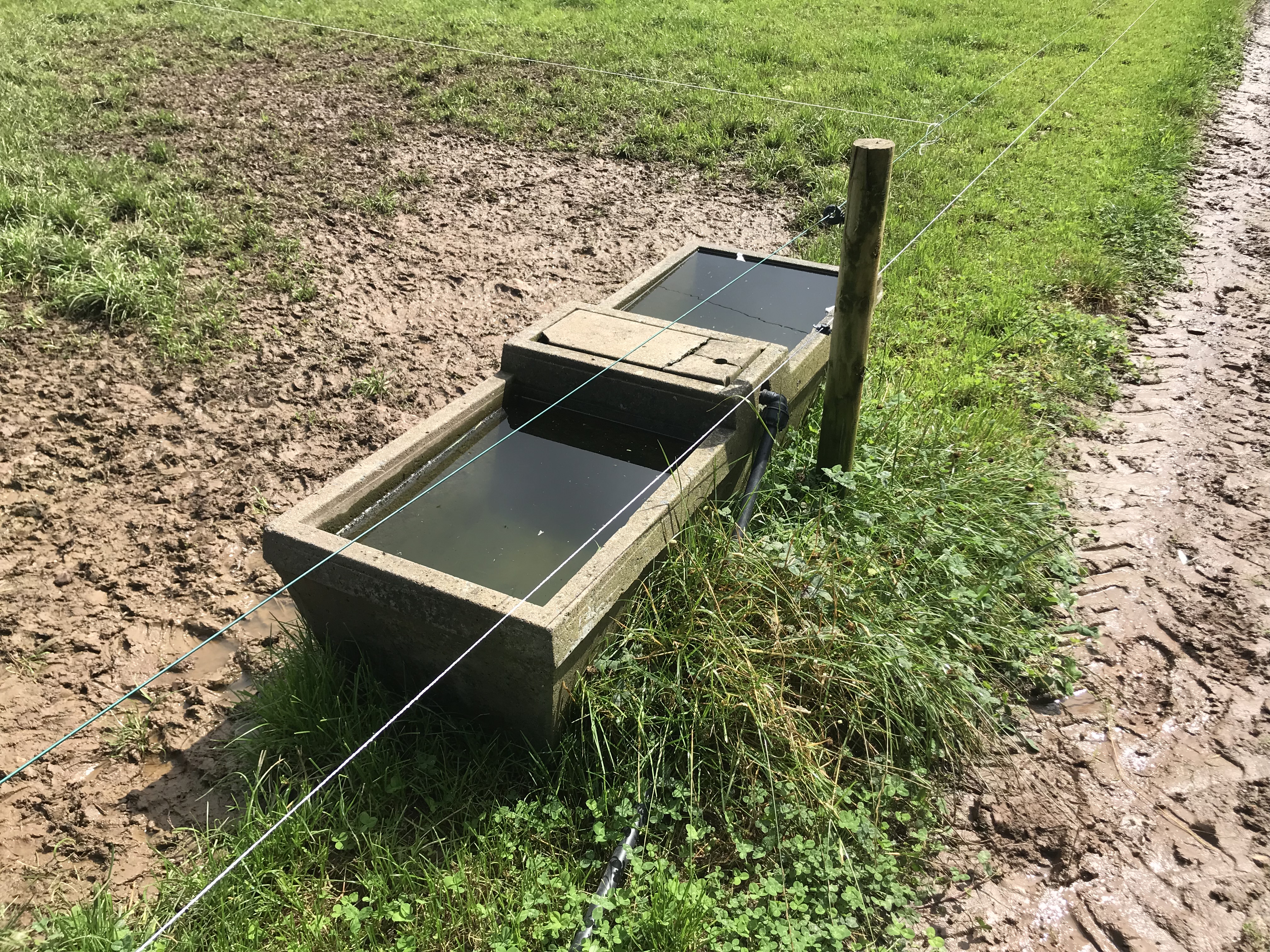 “All the paddocks are made with temporary wires, so if I’m spreading fertiliser I can just open it at either end, leave it down on the ground, and spread a 15ac field all in one go with 24m tramlines; so, I would have the fertiliser out in 10 minutes,” the Cork-based farmer explained.

There are 34 paddocks on the grazing platform. Due to a lower stocking rate this year, Pat ensured that he was letting cattle into paddocks at the right covers.

A total of 125 excess bales were harvested off the grazing platform in 2019. Another field is earmarked for reseeding once a spring-barley crop is harvested. Pat plans to harvest this new grass for first-cut silage next year. 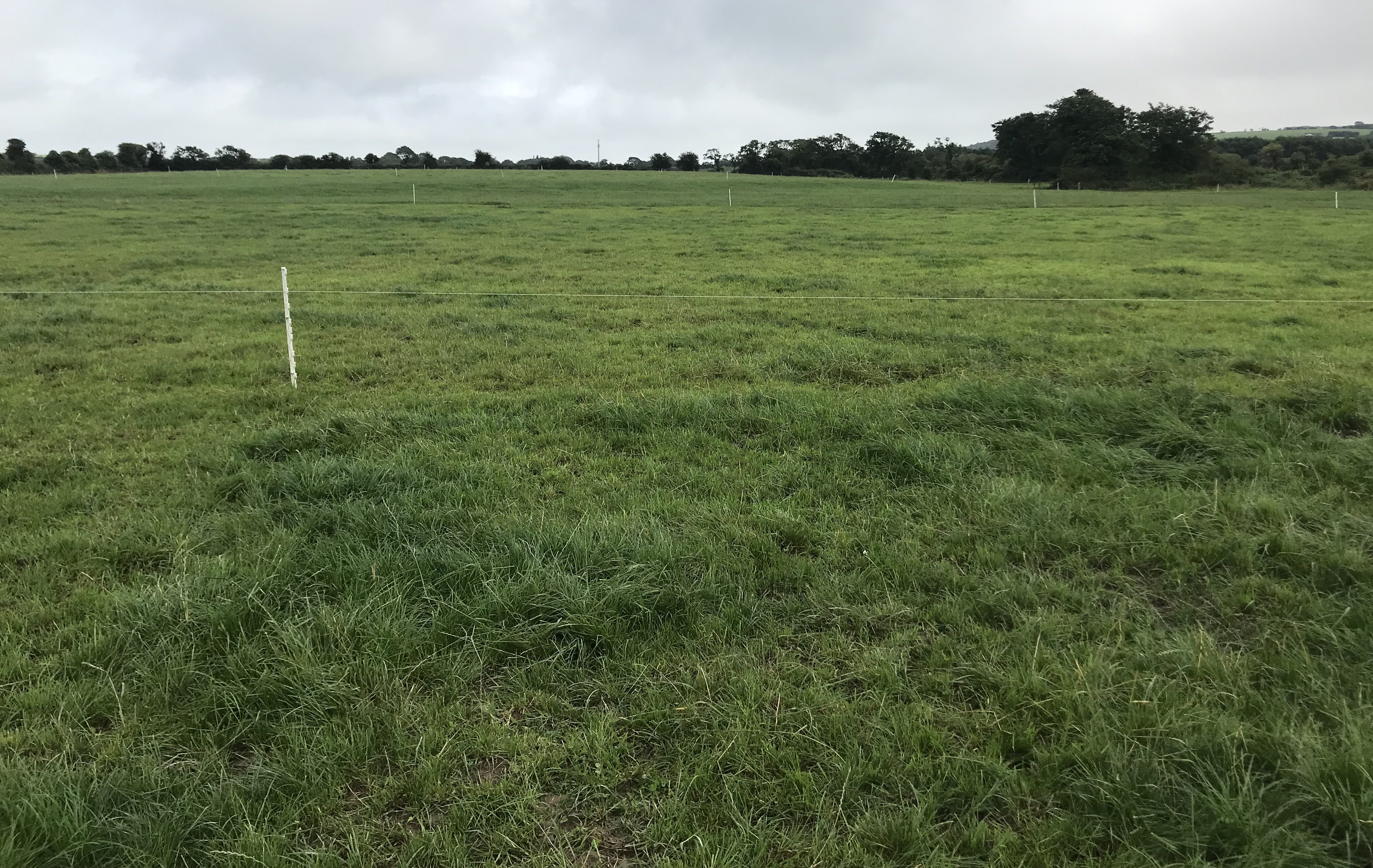 All of the machinery work is done by Pat and his father, with the exception of agitating and hedge-cutting. The harvest is progressing well and the last of the spring barley should be finished in the near future weather depending.

Commenting on the Green Acres Programme, he said: “The programme has been a great help so far, along with the grass discussion group. We have a lot of things going on here, so a simple system is key – and the lads understand that.”

Video: Getting the plough out in Co. Roscommon