The former ‘Orchard County’ full-back and victor of the Sam Maguire in 2002 – who is pictured above standing in front of his first goal posts in his back garden – says that farming from an early age exposed him to a sense of duty, responsibility and daily grind that isn’t as replicated in today’s often high-tech orientated upbringings.

By the time McNulty reached the age of 14 his late uncle Patsy – who ran the family’s dairy and beef holding at the time – entrusted him with milking the cows before and after school, feeding stock, calving and making sure the sheds and silo were routinely maintained during weeks when he was travelling.

Speaking to AgriLand at his home farm in Lislea, south Armagh, the former Mullaghbawn club man and former Laois senior football manager, says such on-farm experiences helped to shape him as a young player – physically and mentally. 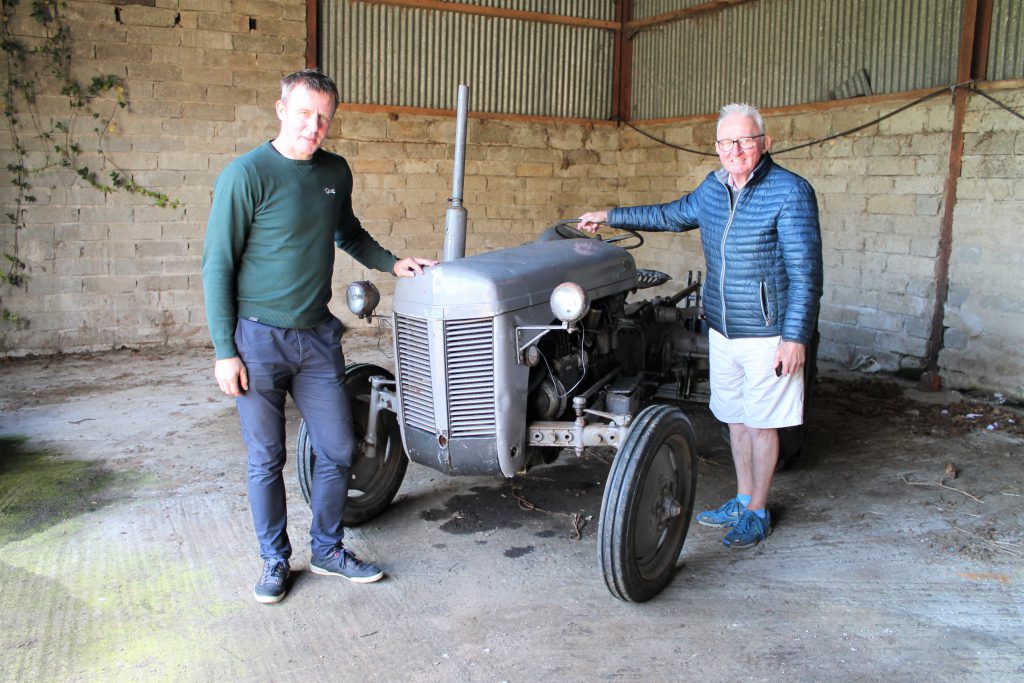 Justin McNulty pictured with his father, Joe, at the home farm in Lislea, south Armagh

“There was a huge sense of responsibility in looking after the farm – and it’s probably only farmers that can truly identify with the satisfaction of closing the parlour door after finishing the milking. It was a twice daily sense of achievement coupled with the inner peace you get working with animals.

“But it wasn’t just the duty aspect that helped me on the pitch, it was a strength-building all throughout my upbringing – lifting bales of hay, going for the cows everyday, carrying bags of meal, carrying tyres, fencing, graping in the silage, covering the pit, reseeding – it was incessant, constant work – not every child is exposed to that.

“You build up a huge physical stamina and strength from being active on the farm,” said the Newry and Armagh SDLP (Social Democratic and Labour Party) MLA (Member of the Legislative Assembly).

Whether playing at club or county level, McNulty – who remained involved in agriculture until his early 30s when he went to work as an engineer in Dublin – says there was “no frills” when it came to the many farming footballers he encountered on the pitch.

It’s different than any other job. In any other job you can call in sick, but in farming you can’t. You have got to be there everyday come rain, hail or shine.

“That sense of responsibility breeds a different character – I’m certain of that. You are a more mature, rounded human-being as an outcome of a farming existence,” he said.

However, McNulty – who shared his 2002 All-Ireland win alongside his brother Enda – regrets that such players no longer have the presence they once commanded at county level.

“It’s a dying breed. The percentage of people that are actually farming is minimal compared to what it was 30 years ago – and that is very reflected in society and in the GAA, and sadly so. It’s a huge loss. 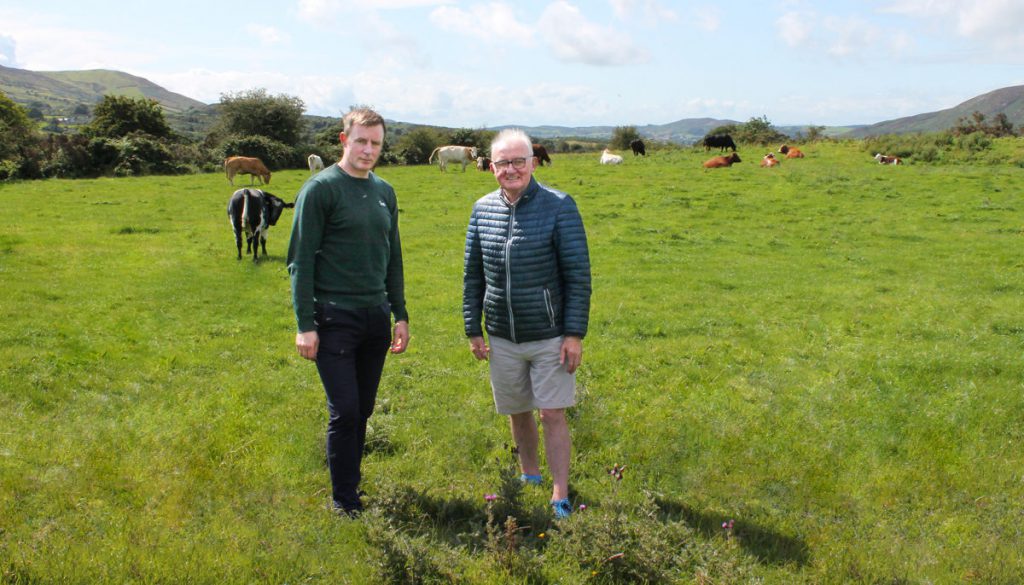 Justin McNulty pictured with his father, Joe, at the home farm in Lislea, south Armagh

“The farmers on the teams I played on were a major part of the fabric of the team – there was an inherent toughness about them.

They were as hard as the road, no frills, just tough, tough, tough. They’d put their head where you wouldn’t put your boot and you could trust them – on the pitch and off the pitch, very solid human beings.

“Those people are reducing, the GAA is becoming a sport for teachers and students,” he said.

But it’s not just farmers that are affected by the high demands and commitment expected of players at inter-county level.

The trend suits Dublin; Dublin is able to suit the professionals because they are very centrally located and that’s not Dublin’s fault, that is just geography.

“In rural counties where people are travelling maybe 40 or 50 miles for training, while trying to hold down a career, it just doesn’t add up, and players are often not able to commit to both career and county.

“The loss of that diversity to a team diminishes the strength of a team – and that is immeasurable. And it appears to be getting worse as time goes on,” McNulty concluded.