Cullinan, a presidential candidate in this year’s IFA elections, called on the authority to launch an urgent investigation into the beef industry amid concerns of a cartel-like grip on it.

During the protest Cullinan handed a letter of urgent complaint demanding an immediate investigation to the chairperson of the authority, Isolde Goggin.

The letter stated that there is an “ongoing breach of competition law in the terms and conditions of the purchase of cattle by beef processors from farmers”.

Cullinan said he was “not at all surprised” that farmers are back at the factory gates, following the “damp squib” outcome from last week’s talks.

The Tipperary farmer added that the talks themselves “reinforced concerns around the level of coordination by the processors, which has a cartel-like grip on the industry”.

“Meat Industry Ireland (MII) – Ibec had authority from all the major companies in the industry purchasing cattle from farmers to act on their behalf.

If ever anything looked like a cartel, this is it – and everything suggests this warrants investigation. The factories acting in unison is proof for all to see.

“No other farming sector is in a grip like this and there’s no reason, therefore, why beef farmers should be.”

Cullinan continued: “I said last week on the conclusion of the beef talks that they did nothing to address the penalties being imposed by ABP, Dawn Meats and Kepak on beef farmers, costing over €30 million per year. 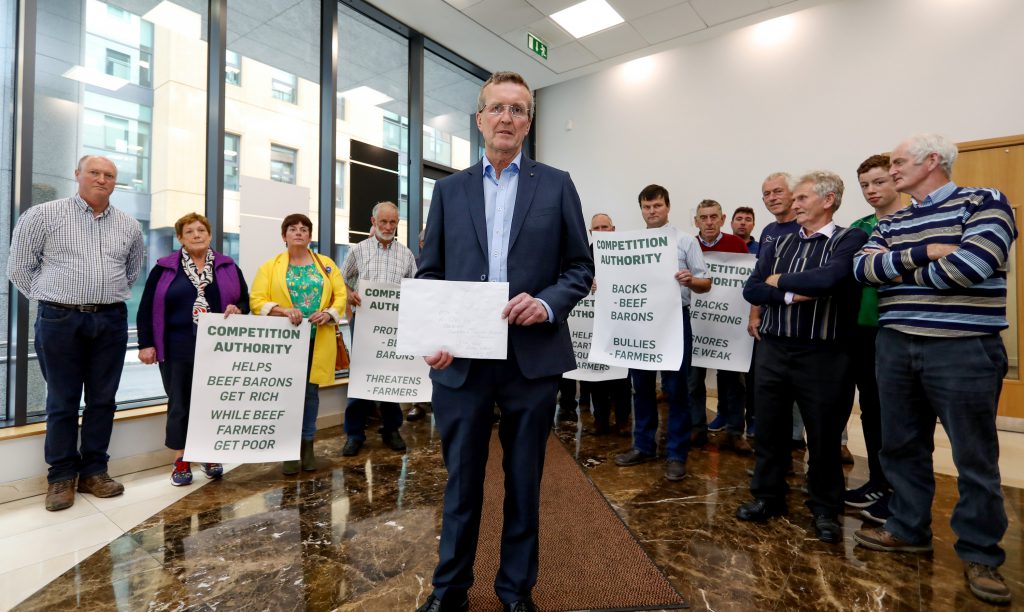 “Today, I’m bringing this very serious matter to the competition authority because of its very role to ensure this anti-competitive practice is stamped out.”

In the letter to the competition authority, Cullinan stated:

“I believe this concerted practice is in clear breach of competition law and I am hereby requesting the chairperson of the commission to open an immediate investigation into this detrimental cartel operating in the Irish beef industry and its devastating effect on beef and suckler farmers.

“This matter is of great urgency for beef and suckler farmers.

As an immediate first step I am calling on the competition authority to enforce the law and instruct MII to desist from setting the terms and conditions for the purchase of cattle on behalf of the country’s beef processors.

The treasurer added that such terms include the over 30-month age condition, the 70 days on farm residency condition and the four-movements condition.

Further talks without price on the table a 'waste of time'