Kingscourt Wind Farm: ‘The man on the ground hasn’t a hope in this country’

Residents in the close-knit community of Kingscourt in Co. Cavan have been left wondering this week how it all went wrong for them. After their 15-year fight to stop a wind farm from being developed, it ended with the installation of five turbines overlooking their lovely town this summer.

The wind farm – close to the River Glyde and beside Dún na Rí Forest Park – is being developed by Raragh Developments Limited in conjunction with Mainstream Renewable Power. It was first proposed by PWWP – which is now gone out of business – in 2010.

Larry Muldoon is living directly across the road from the wind farm; he says that people in the area “hadn’t a hope” when it came to preventing the Kingscourt Wind Farm from being pushed through.

Muldoon also highlighted the disappointment that is being experienced by the people of north Co. Cavan as they watch on this week while the turbines are installed one by one.

I’m living directly across the road from this wind farm. My house is devalued and when the third turbine is installed – the base of which will be at least 100ft – it will be towering over us in our home.

He continued: “The main concern at the moment is the noise; I feel like it will become a form of torture and let’s face it, it’s not like you can clock out and go home – we’ll be listening to it 24/7.

“We don’t know what the situation will be with shadow flicker either – oh we are all very annoyed about this. I objected to this wind farm from the very start, but to tell you the truth I have learned a hard lesson in all of this – when the Government of this country wants something nobody else has a hope, especially the man on the ground.” 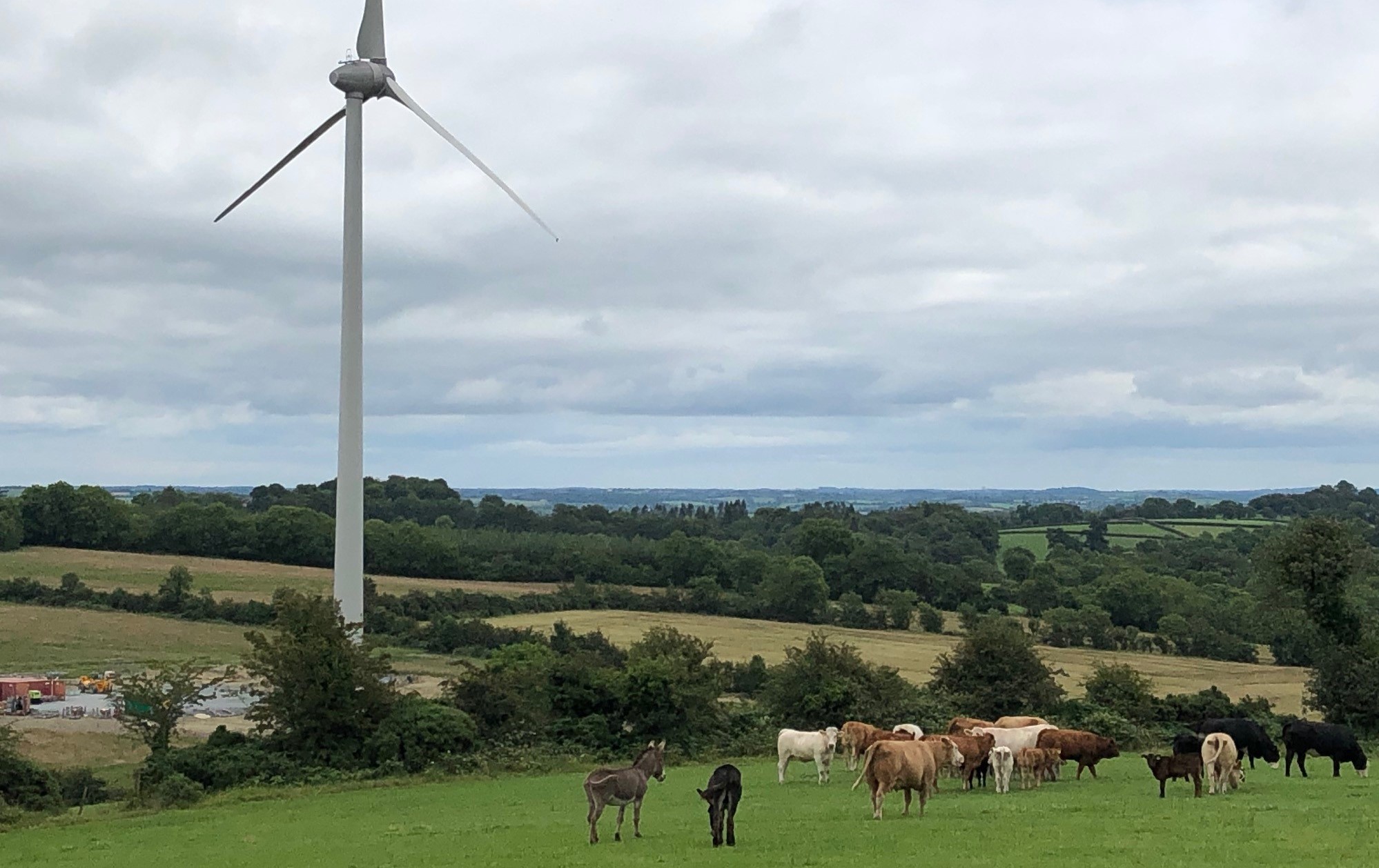 The first turbine was erected last Friday in Kingscourt

Bridie Martin, meanwhile, runs a dairy farm with her husband Oliver on the outskirts of the town. The wind farm is directly opposite the Martin’s home.

“My husband is very fearful for the animals at the moment. We don’t know yet what the impact of these things will be on livestock,” she continued.

“We have been aware of this wind farm since this all started back in 2003 and my husband objected strongly all the way through. It’s going on for 15 years or more now.”

Meanwhile, Martin points to the visual impact of the turbines in her area.

“When I get up in the mornings now I’m looking straight out at wind turbines – we live in a lovely part of the countryside here and now we have these turbines destroying our beautiful views and indeed our lovely landscape,” she explained.

“I am also very concerned that as soon as this wind farm is up and running we will find ourselves surrounded by these developments.” 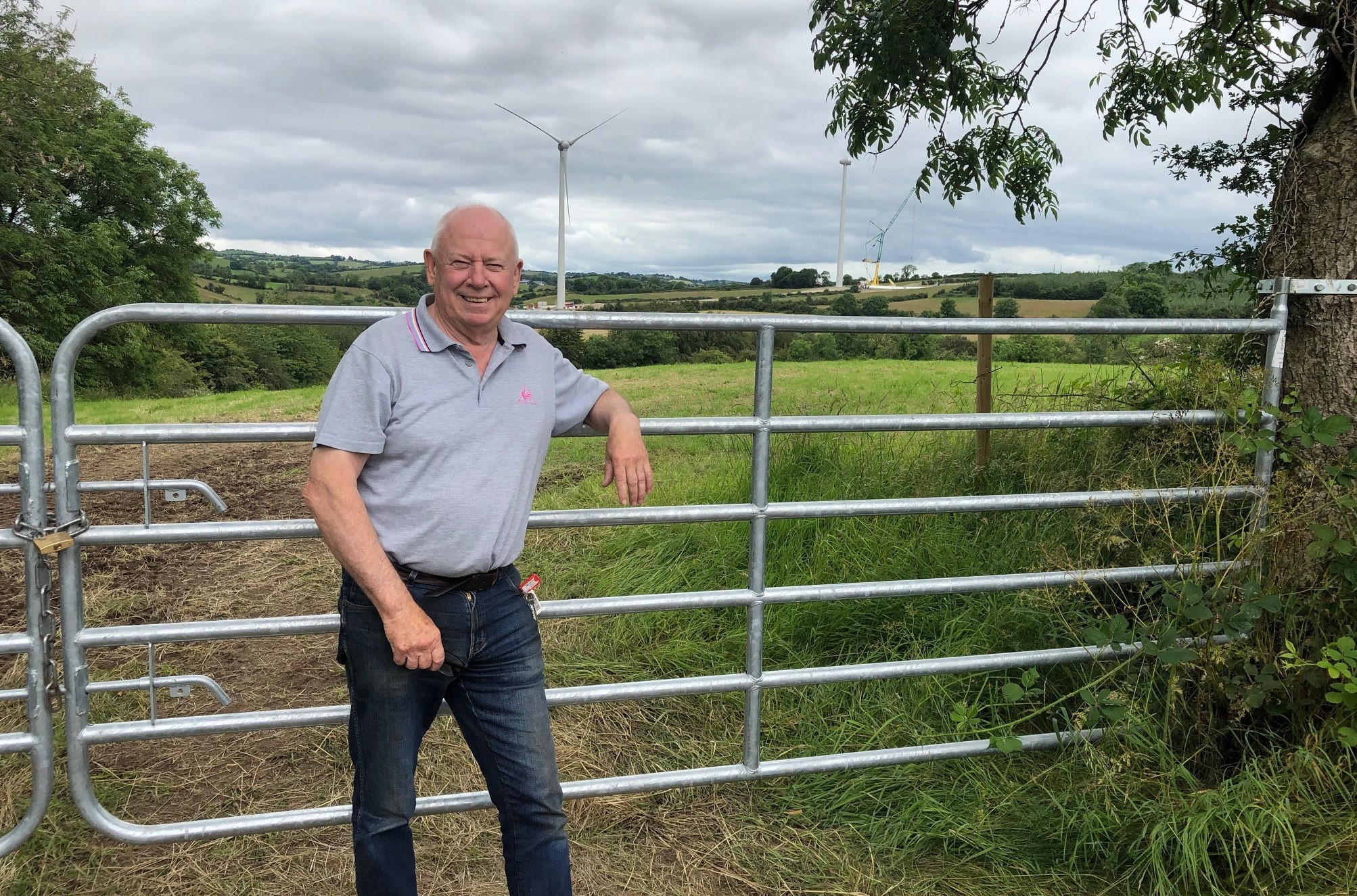 ‘Enough on our plates’

Resident Jim Burns told AgriLand that he too finds himself looking out of his home and straight over at the wind farm.

His concern, though, is not for himself however, but for his 18-year-old granddaughter who has rheumatoid arthritis. She is now living in the line of sight of the wind farm because it is being built at the back of her home.

Burns is furious…he says he had a couple of good sites that he handed over to his son and daughter and now their beautiful homes are surrounded by wind turbines. 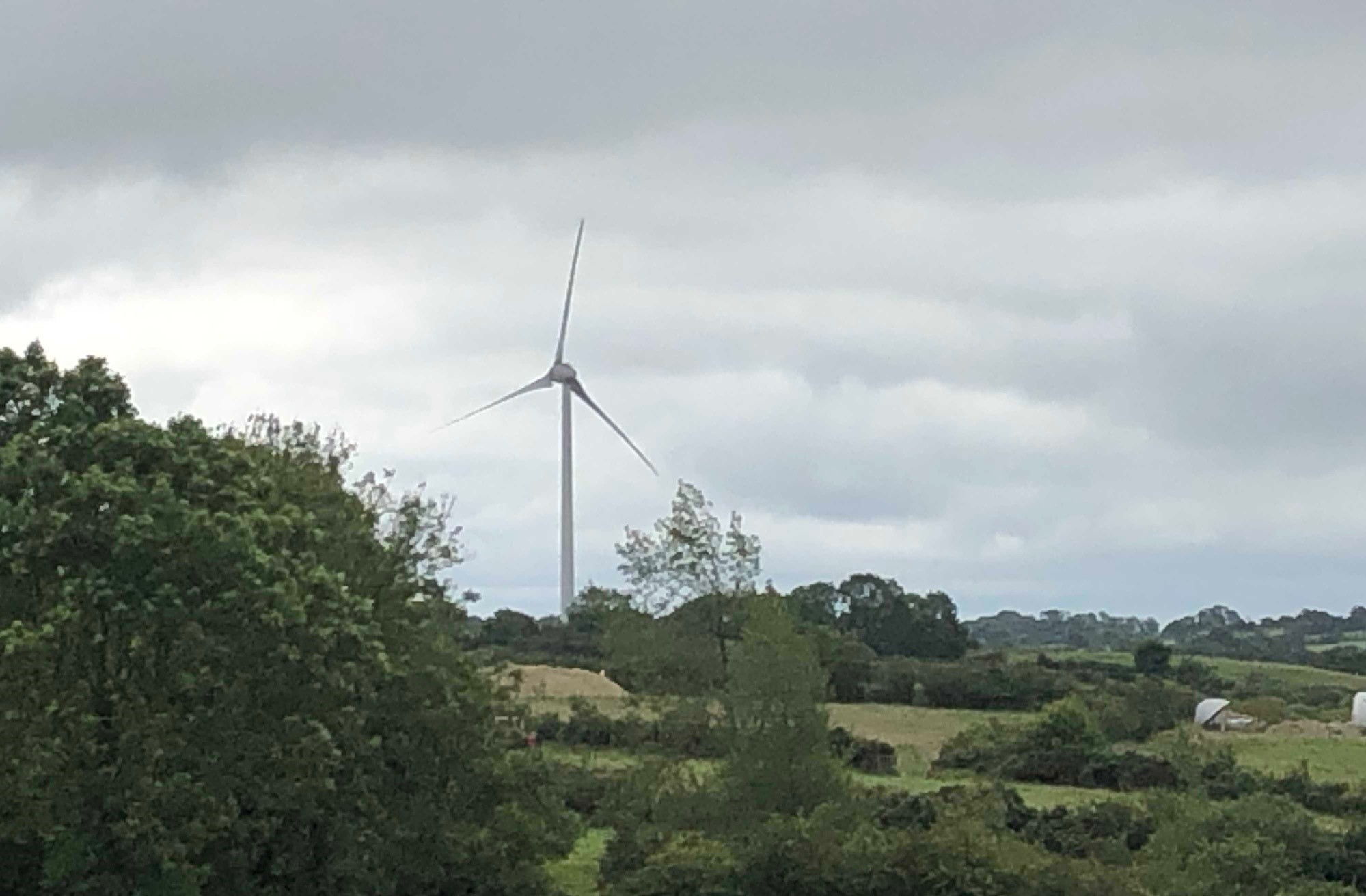 “I’m looking straight over at these wind turbines – I had a few acres of land there and I gave it over to my son and daughter to build houses on. They were great sites and my children built lovely homes for their families. Now what are they going to do? They are right in the heart of this wind farm,” he continued.

“My granddaughter is 18-years-old and she has rheumatoid arthritis and when she goes out the back of her home she will be looking straight into these wind turbines.

The child has enough on her plate without having to deal with the effects of a wind farm on top of it.

“It’s an absolute disgrace that this wind farm ever got the go-ahead in the first place…a disgrace.”

Burns says there were many evenings when he would visit his daughter just to sit out the back and watch the wildlife at play.

I would go down to my daughter’s house because the foxes – the mother and the cubs – would come out and play with each other in the fields; it was a lovely sight to see.

“The pheasants would be out too and often made their way up to the back door…this wind farm is a disaster that’s what it is.

“We’ll not be seeing too many foxes or pheasants now, that’s for sure.”