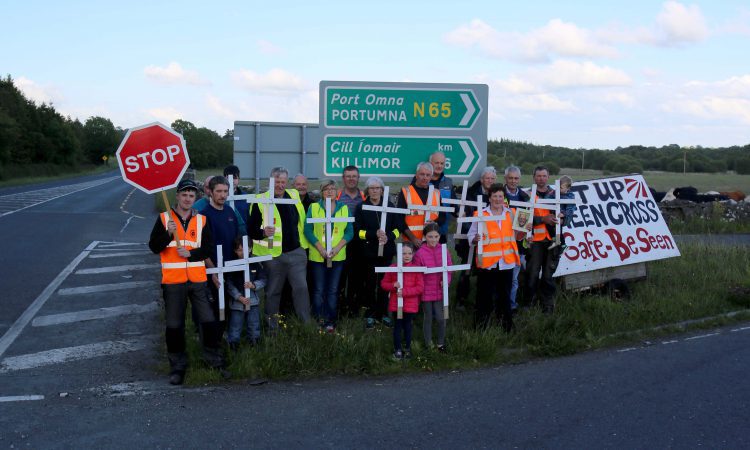 A small rural community in Co. Galway has rallied the troupes and launched a serious campaign to have road safety issues in their locality addressed. They say the difficulties posed at a local junction is an accident waiting to happen and their biggest fear is that another loved one will be lost to the local roads network.

The community which hails from just outside Loughrea has banded together in the hope that a dangerous junction can be realigned and lit up. However, residents claim that, while the funding is in place to carry out the necessary work, Transport Infrastructure Ireland (TII) won’t give the go ahead to get the job done.

Kilmeen Cross Action Group was established two and a half years ago to address the difficulties motorists and locals alike face every day at the junction. The community there also pointed out that – over the last 35 years – it has lost 14 loved ones to accidents on the route.

Meanwhile, the affected route runs along the N65 at Kilmeen Cross going out onto the Portumna Road. The local bog road also runs onto the junction and locals say it too is in “very, very bad condition”.

Shedding some light on matters

In an effort to highlight the issue, for the last two and a half years locals have made their way to Kilmeen Cross – on the last Friday night before Christmas – and placed a tower light at the junction.

Jackie Flannery is chairperson of the Kilmeen Cross Action Group and she said the move emphasises the real need for lighting infrastructure to be secured at the site.

Kilmeen Cross is not lit up and it is very, very dark at night time there.

She continued: “It is very difficult for us to get anything done at the moment because TII do not want to engage with us and because of that we feel that it’s their way or no way at all.

“There is funding of €1.4 million to realign the junction and to resurface a portion of the road from the cross going back into Loughrea for approximately 700m. While all of this is very welcomed we do have a number of concerns at the moment.”

Flannery went on to point out that if the funding is not utilised for its purpose sooner rather than later, residents fear that the whole lot will go back into the exchequer’s coffers.

She also pointed out that a plan in relation to Kilmeen Cross could be put in place by TII and the residents will be left in a ‘take it or leave it’ scenario.

This junction is an accident waiting to happen.

She added: “It’s an accident waiting to happen, definitely, and it’s only a matter of time before something does happen at the junction; we would be concerned about the bog road as well and at the moment we are waiting for safety barriers to be installed on that route,” she added.

“The safety barriers have been promised since last December.”

Meanwhile, Flannery says that residents in the locality have put a lot of time and effort into getting the road safety concerns they have to this point.

“It takes so much time to get everything organised and sorted out – it has taken us two and a half years to get to this point and at the end of the day we are talking about people’s lives here,” she continued.

This time of the year the route is choc-o-block with agricultural vehicles and in a few weeks time the Galway Races will be on and the traffic will be unreal.

“All of that is going to culminate and we are here looking at the bog road – for example – where there are no edges on the side of the road and if one vehicle attempts to pass another one out the worst case scenario could materialise and the car will be gone off the road…at this point in time there is no protection or safety there.

“We know the funding is there to sort out these problems – why can TII not just get on with it?

“God help us all if anything happens to anyone on that road – if it does we will bring the house down on this issue.” 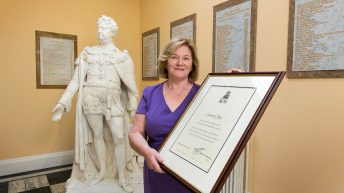