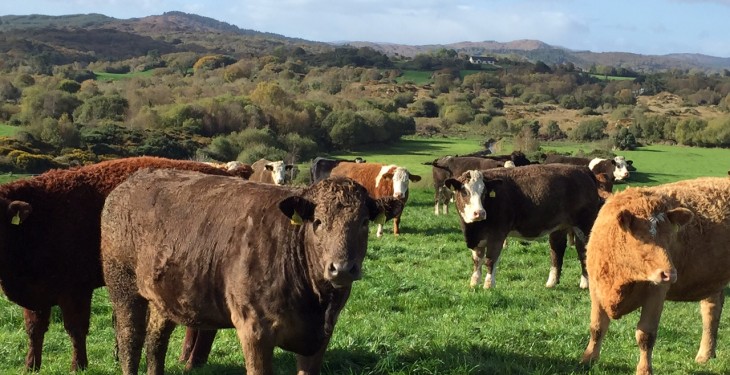 During the week ending June 12, Irish farmers were paid 413.8c/kg for heifers, with only Swedish and UK R3 heifers making more.

However, two weeks ago Irish farmers were paid the fifth highest R3 heifer price in Europe, behind farmers in Sweden, Greece, the UK and Northern Ireland.

But, since then the Northern Irish R3 heifer price has dropped by 7.3c/kg to 408.7c/kg during the week ending June 12.

And as a result, heifers slaughtered in the Republic of Ireland made 5.1c/kg more than similar heifers killed in the north.

Figures from the European Commission also show that Irish R3 heifers were 32.8c/kg dearer than the average price received by farmers in the EU last week.

The ICSA Beef Chairman, Edmond Phelan told Agriland that he was surprised that Irish beef prices were not lower on the European league price table.

He said that about a year ago, UK beef finishers were paid considerably more for cattle than farmers in Ireland, but prices have narrowed in recent months.

However, Phelan said that a tighter supply of prime cattle in recent weeks has helped to keep factory demand for Irish cattle strong.

The ICSA representative also said that a weaker Sterling was probably the main reason for the closeness between Irish and UK beef prices.

A weaker Sterling so far this year has made Irish beef more expensive to UK buyers.

And the UK is a significant market for Irish beef as it took 52% of all beef produced in Ireland in 2015, valued a €1.1 billion, according to Bord Bia.