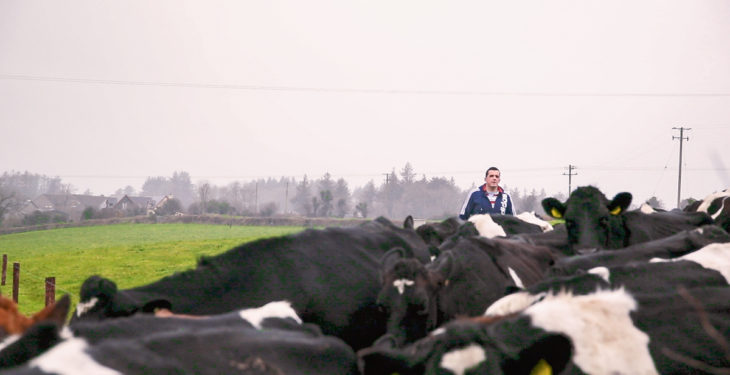 Milk production on Irish farms fell for the second consecutive month, according to the latest figures from the Central Statistics Office (CSO).

Domestic milk intake by creameries and pasteurisers was estimated at 995.8 million litres for May 2018. This was 0.4 % below – a difference of 3.8 million litres – the corresponding 2017 figure, the CSO added.

This follows on from a drop in production of nearly 6% during the month of April. The last increase in production was recorded in March, when a rise of 3.9% was noted.

Comparing the milk produce figures for the fifth month of this year with the corresponding month last year shows that total milk sold for human consumption increased by 1% to 47 million litres, while butter production was down 4.6 % to 26,960t.

Meanwhile, milk production in the first five months of this year is nearly on par with figures from the same period in 2017. Statistics for the 2018 period are running just 0.2% behind where they were at the same point last year, the CSO confirmed.

Speaking at the launch, Teagasc director Prof. Gerry Boyle said: “We have designed a practical and interesting course, which combines both the principles for successful dairying with the practical skills required for the start-up process.

The course will help farmers with many of the important decisions required in starting up a new dairy business, while also establishing the likely costs and returns from dairy farming.

According to Tom O’Dwyer, Teagasc Dairy Knowledge Transfer, Teagasc intends to run up to 10 courses.

“We have identified 10 locations across the country where we plan to hold the courses, but the final decision to run a course will depend on the level of interest,” he said.

Know the symptoms of heat stress in your cattle?