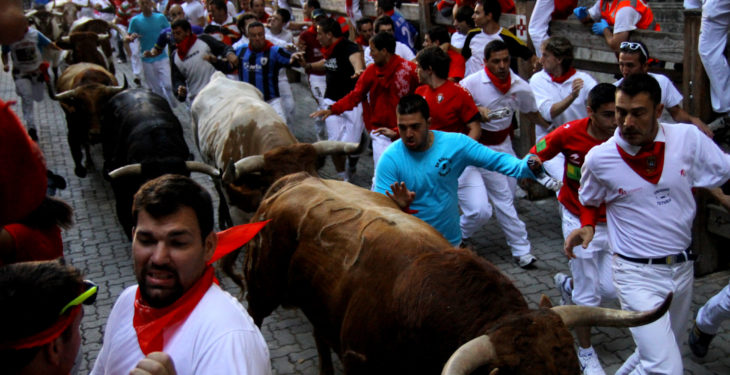 An Irish man was hurt at the Pamplona bull run in Spain at 8:00am this morning, according to reports.

The 39-year-old was taking part in the San Fermin festival in Pamplona and is believed to have been injured during the 875m run.

He escaped an actual goring by any bull however, which three other men were unable to avoid.

Advertisement
Emergency services purportedly said the Irishman was admitted to hospital with a thoracic injury, which they described as “less severe”.

Of the three gored, two – aged 29-years-old and 35-years-old – were from the US, while the other was a 46-year-old Spaniard from Navarra.

While the Spaniard reportedly required surgery for serious injuries to his head and leg after being gored and tossed by a bull, the Americans’ injuries were not believed to have been serious.

The animals reportedly came from cattle breeder Cebada Gago in Andalucia, famous for rearing dangerous bulls that have been responsible for the most injuries in the history of the San Fermin festival. 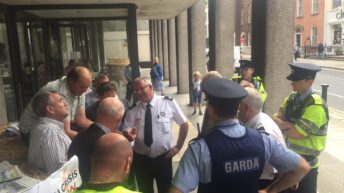