Claas has introduced a “new generation” of its Arion 500 and 600 tractor ranges, with enhanced equipment options and a wider range of engines.

Thanks to the CIS, new CIS+ and the new CEBIS Touch, three different options are now available for models in the Arion 600 and 500 ranges.

All versions are available with a HEXASHIFT powershift transmission; alternatively, the CIS+ and CEBIS versions can be supplied with the continuously variable (stepless) CMATIC transmission. 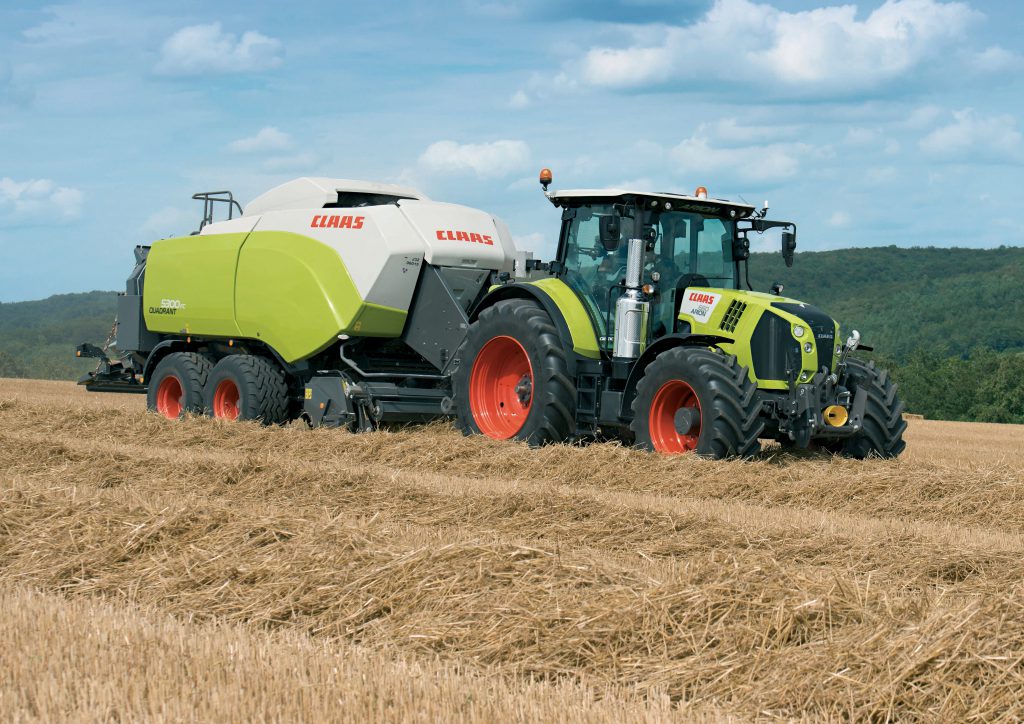 The CEBIS version goes further; it features a redesigned CEBIS terminal with a 12in touch-screen display. In addition, its CMOTION multi-function control lever can be operated “using just three fingers”. 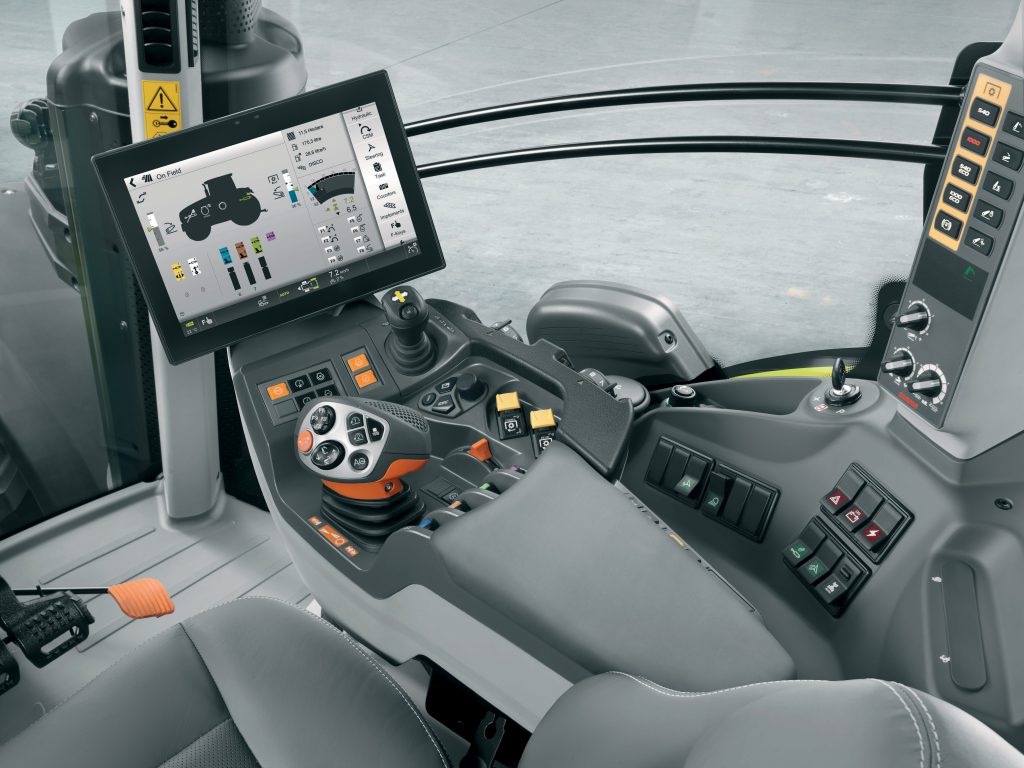 The power output range of the Arion series has been extended both upwards and downwards. It now stretches from 125hp in the Arion 510 to 185 or 205hp in the Arion 660, thanks to a power management system that provides a boost of up to 20hp for transport and PTO work.

All Arion 500 models have 4-cylinder engines; Arion 600 tractors have 6-cylinder engines. In the Arion 600 models, engine idling speed is automatically reduced from 800 to 650rpm when the tractor is stationary, to save fuel.

All the engines, says Claas, meet the requirements of the Stage IV (Tier 4f) emissions standard – using a combination of a diesel particulate filter (DPF) and an SCR catalytic converter (selective catalytic reduction). Despite the inclusion of an AdBlue tank, diesel tank capacity has also been increased.

The existing HEXASHIFT 6-speed powershift transmission in the latest Arion has undergone further development, according to Claas.

New features include a cruise control function, where the forward speed selected by the driver is maintained automatically at the “optimum engine speed”.

An integrated SMART STOP function works as follows: When the brake pedal is pressed, the transmission disengages automatically – there is no need to use the clutch pedal. This, Claas claims, is useful for clutch-intensive tasks such as front loader work and round baling. 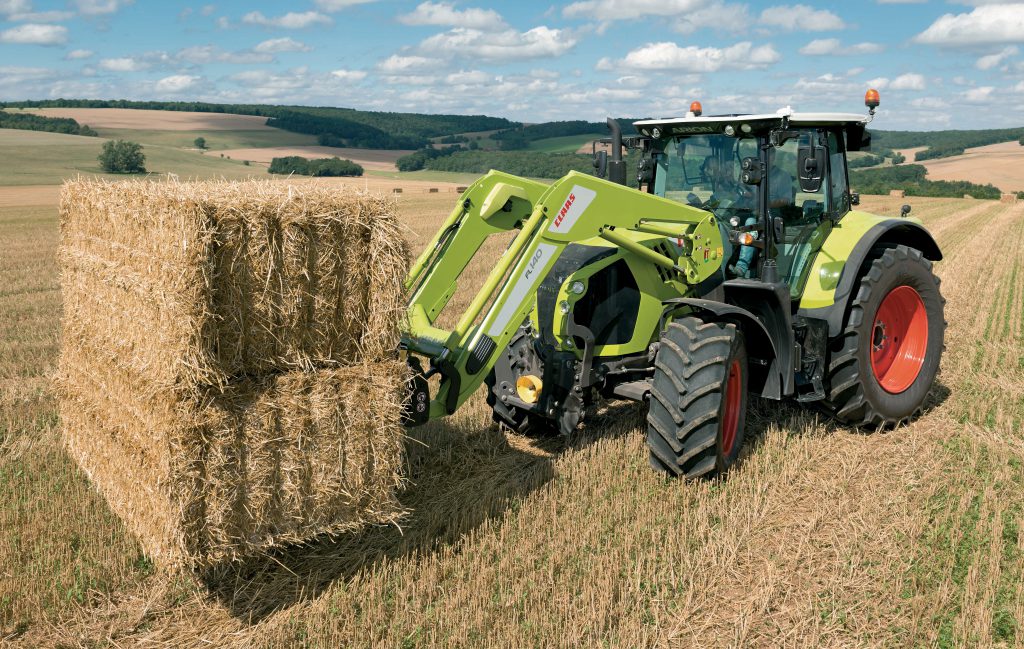 The continuously variable CMATIC transmission in the Arion 600/500 models has new software which, the company says, incorporates “many customer requirements identified under real-world conditions”.

For example, cruise control can be deactivated with the accelerator pedal, and the transmission adjusts more rapidly to the job in hand as the driver can switch between two saved “engine response” values – by pressing a button.

All new Arion 600 and 500 models can be fitted with the new PROACTIV front axle suspension, developed by Claas. According to the company, tractor weight is “optimally supported on the front axle, thanks to the triangular arrangement of the two suspension cylinders – which are angled outwards”. 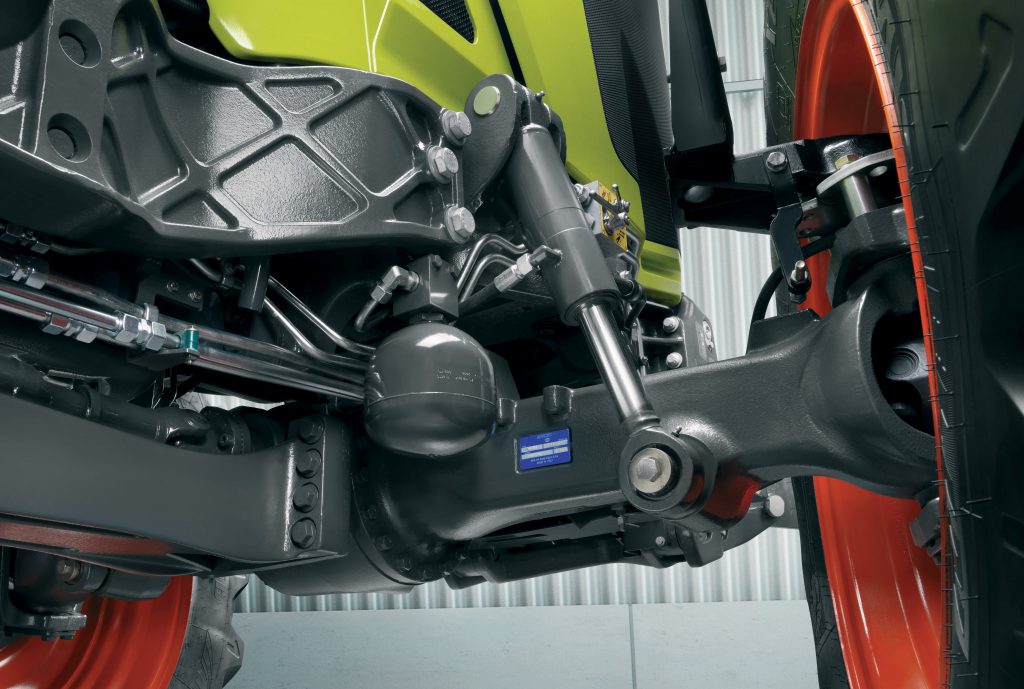 “Intelligent control” is said to provide active roll stabilisation on bends and is also claimed to reduce pitching movements during braking and acceleration. With heavy implements attached, it is said to reduce tractor/machine bounce.

Another new feature available on the Arion 600/500 range is the so-called Dynamic Steering system. Dynamic Steering allows the driver to change the number of turns of the steering wheel needed to achieve the same steering lock; it adjusts steering to the current task, by pressing a button.

Adjustment takes place in two different automatic programmes, each with two levels, and a manual programme with four intensity levels. This is intended to make tractor handling faster and easier, especially during steering-intensive work such as when using a front loader or when turning at the headland.

All models are available with an updated range of cabs. You can opt for a four-pillar cab with improved visibility to the driver’s left. This four-pillar cab is already in use on the larger Axion 900 and 800 models. You can also choose the familiar five-pillar cab. 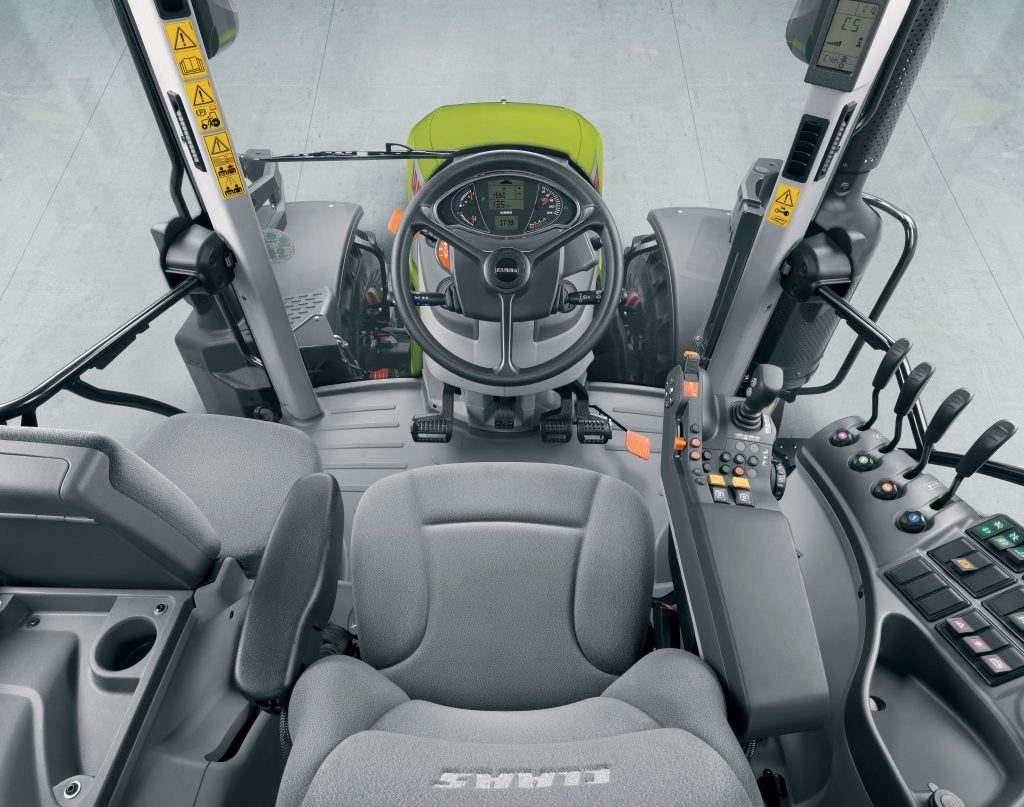 The new Arion 600/500 series is available for the first time with an electronic Parklock parking brake on the REVERSHIFT shuttle lever. If the driver leaves the seat without engaging Parklock, the parking brake on the tractor and any attached implements/trailers is automatically activated. 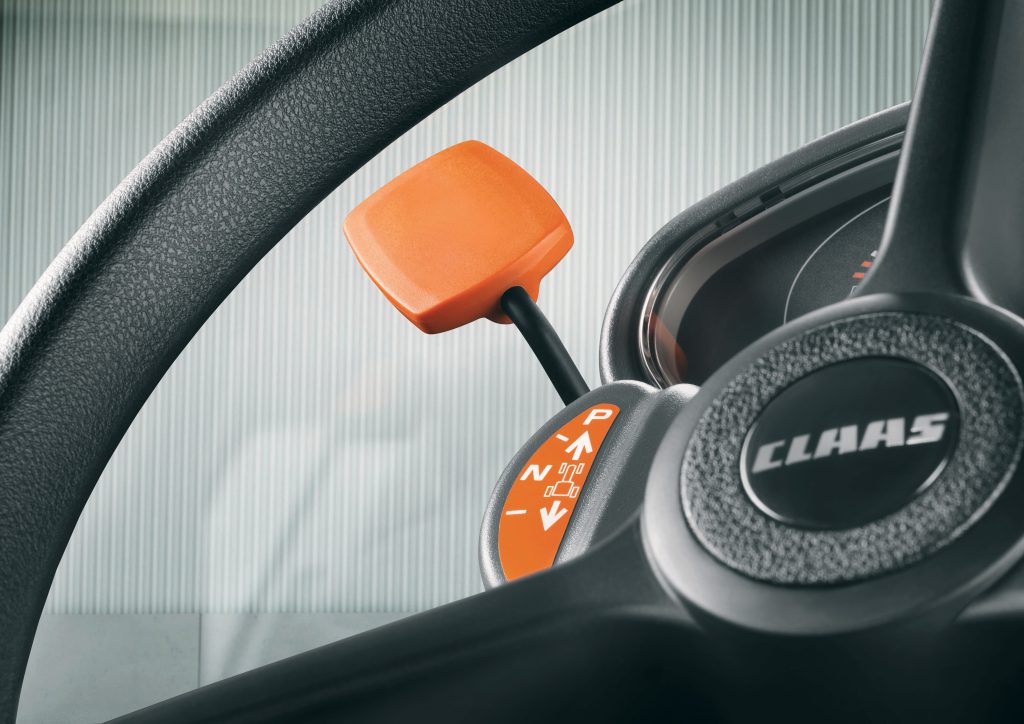 In addition to the 110L/min load-sensing system, there is now the option of a new high-output 150L/min hydraulic system.

For the Arion 630 models and above, 42in rims and a maximum tyre diameter of 1.95m are also now on the table.