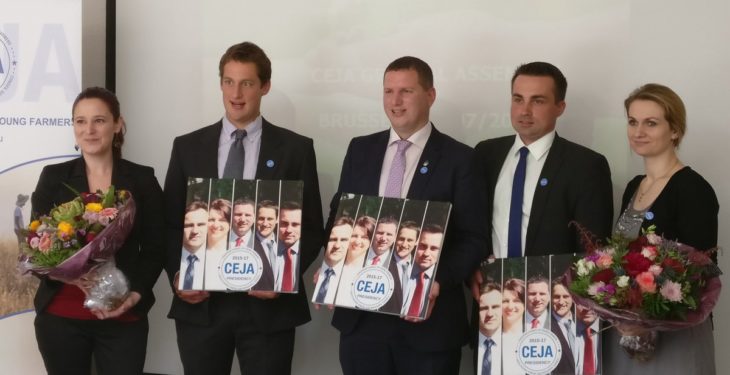 Speaking at the organisation’s General Assembly yesterday, July 6, Healy said: “We, in Macra na Feirme, are delighted to see yet another Macra na Feirme President join the leadership of the European Council of Young Farmers.”

Finan’s election continues the legacy of former Macra na Feirme Presidents Seamus O’Brien, Larry Fallon, Joe Healy and Alan Jagoe; all of whom have been involved at European level through CEJA in the past.

“Regarding Macra na Feirme, it is an important position for the organisation to secure. CEJA affords us the opportunity to lobby and influence on behalf of Irish young farmers at European level,” Healy said.

“We look forward to continuing to work with our new CEJA Vice-President Sean Finan and wish him well for this two-year term.”

The organisation’s involvement in CEJA, which is supported by IFAC Accountants, helped it to secure the Young Farmer Top-Up in 2015 – worth €24 million annually to Irish young farmers.

Yesterday also marked the end of Alan Jagoe’s term as President of the CEJA. Healy paid tribute to him, stating: “Macra na Feirme is incredibly proud of the contribution that our former president Alan Jagoe has made over the past two years as CEJA President.

Today marks the end of Alan’s term as CEJA President where he has been instrumental in promoting the causes of Irish and European young farmers within the corridors of power in Brussels and beyond.

“His energy, commitment and dedication to the role of CEJA President has ensured that the issues of concern for young farmers are to the fore in discussions on the Common Agricultural Policy,” Healy added.

“Alan has never forgotten his roots in Cork and in Macra na Feirme as he represented young farmers internationally.

“He consistently attributes the opportunities presented to him to lead the charge for young farmers at European level to the experience gained during his time in Macra na Feirme.

“Today, we wish Alan and his family continued success and congratulations on concluding his successful term,” Healy concluded. 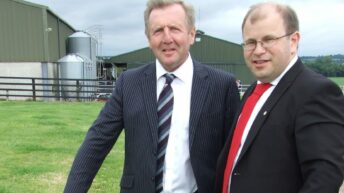