The Irish Farmers’ Association (IFA) has agreed to move straw bales slightly away from the Department of Agriculture building in order to reduce the risk of a fire hazard.

The bales had been unloaded this morning as part of a protest over the potential payments under a tillage crisis fund for farmers who lost crops last year.

Originally a total of 14 (4X4) round bales of straw had been brought up to Dublin, but only eight were unloaded outside the department building.

They have remained there throughout the day; several IFA delegates have also been present. 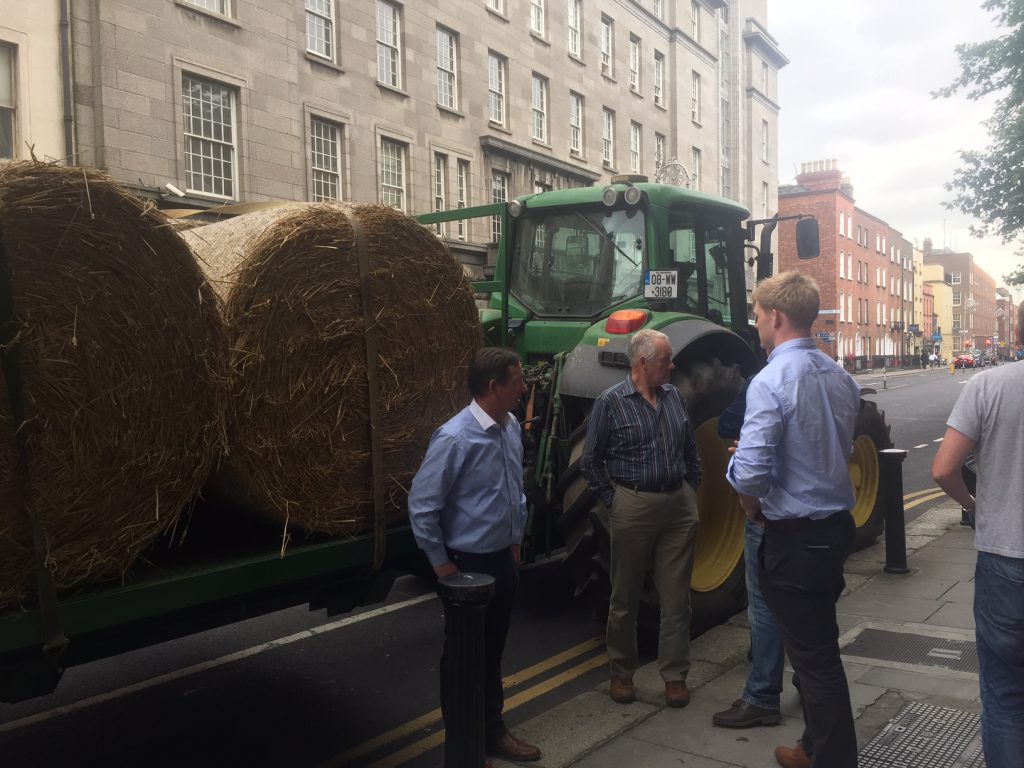 However, at approximately 4:30pm this evening two Fire Prevention Officers from Dublin Fire Brigade arrived on the scene to assess the potential fire risk caused by the bales.

Initially, they asked for the bales to be completely removed from the site; a stance the IFA argued was unnecessary.

The bales were divided into two groups of four, placed at either side of the building’s main doors, underneath a canopy. 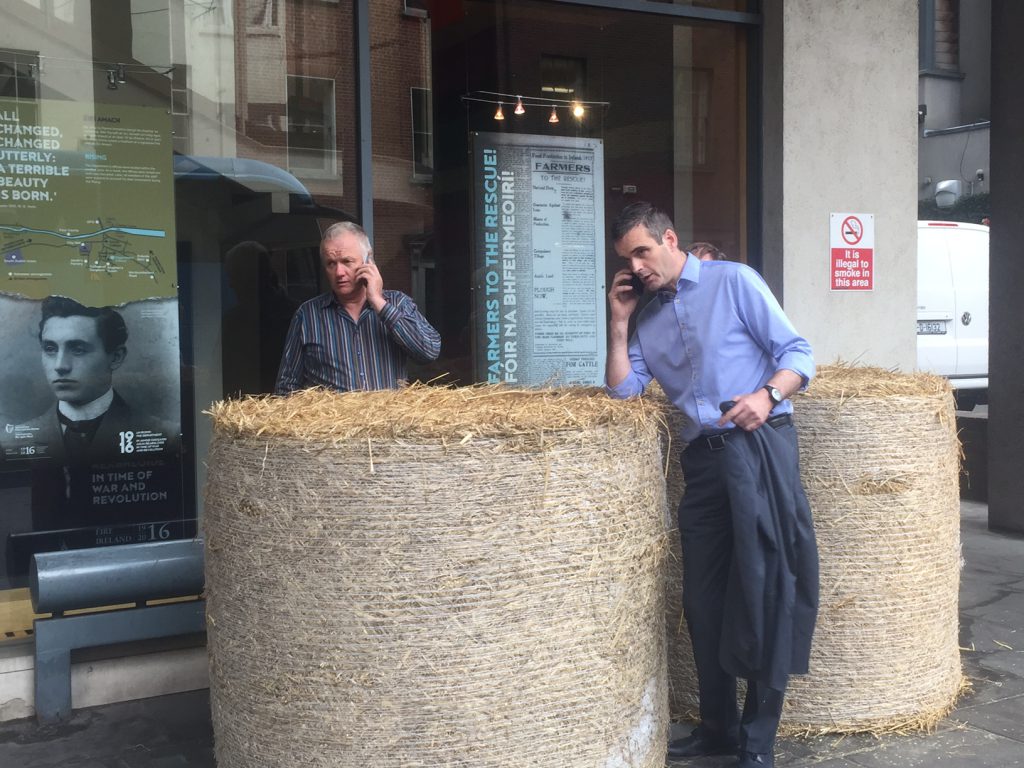 The officers explained that if a fire were to break out, the heat produced could result in the glass front of the building shattering. They continued to explain that they had a duty of care to both the public and the department’s staff to uphold.

Following a lengthy discussion between IFA delegates, the two Fire Prevention Officers and members of An Garda Siochana, a solution was reached.

It was agreed that the bales would be moved further out the footpath (away from the building’s glass front); the IFA has also agreed to organise a tractor and tanker, filled with water, to be on standby. 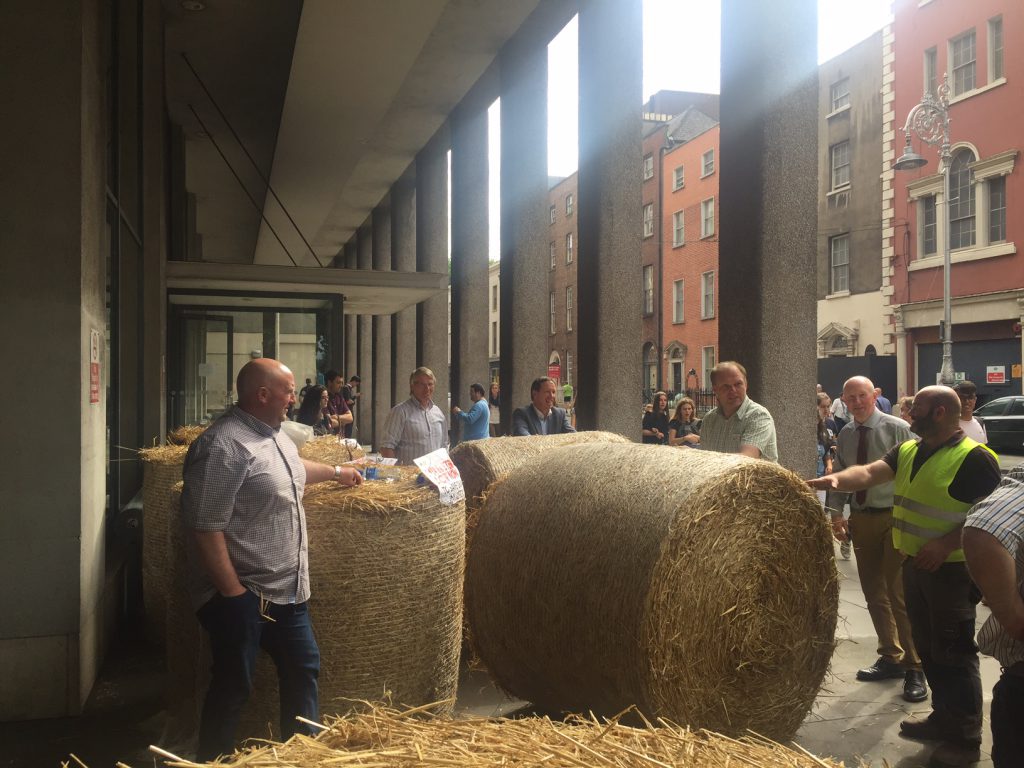 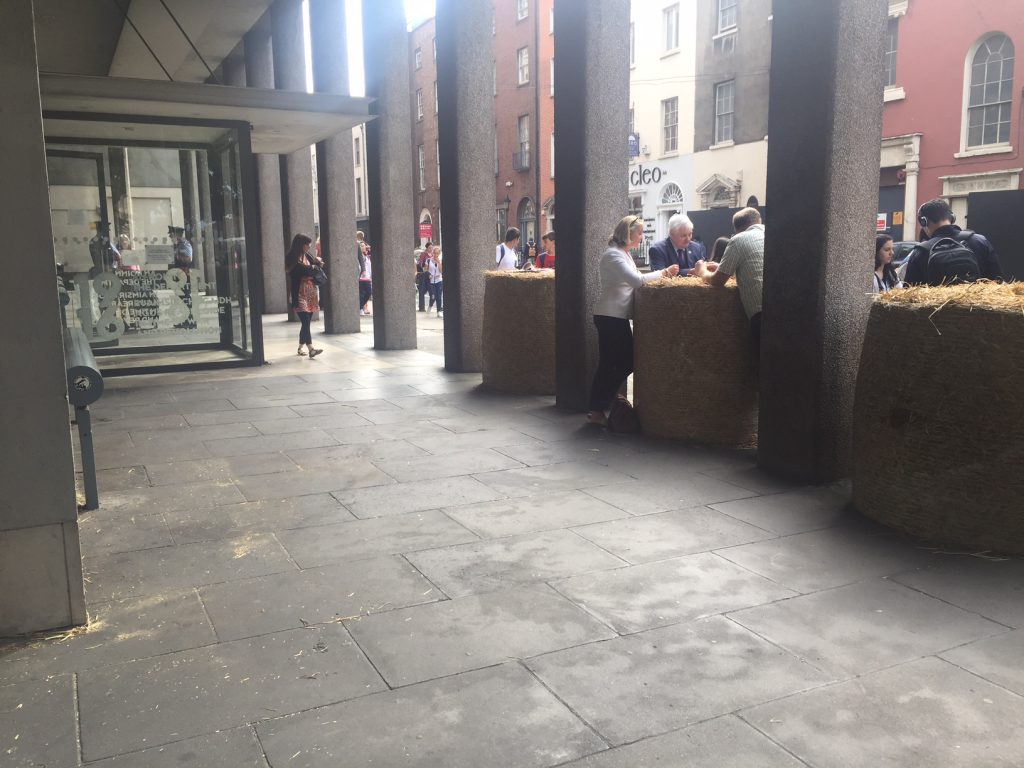 The IFA has received clearance from the Gardai to park the tractor and tanker in close proximity to the bales. In the unlikely event of a fire, this would allow IFA delegates to safely deal with it.

If a fire were to start, the Dublin Fire Brigade would still need to be notified.

The compromise has pacified the concerns of the Gardai and the Fire Prevention Officers from the Dublin Fire Brigade. The straw bales, as well as the tractor and tanker combination, must be supervised at all times by the IFA.