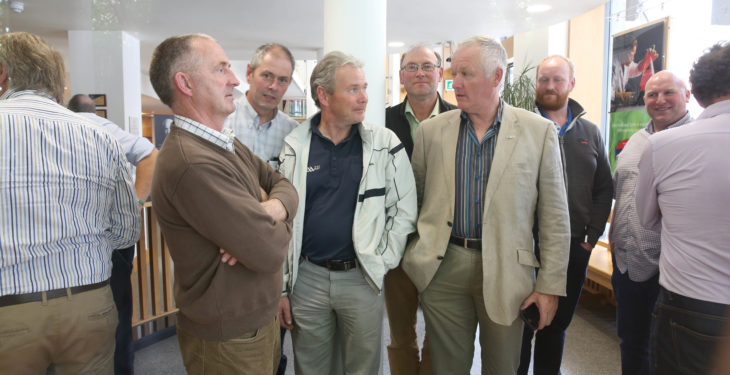 The Minister for Agriculture, Food and the Marine, Michael Creed, has continued to drag his feet over the introduction of a tillage crisis fund, according to Fianna Fail’s Charlie McConalogue.

McConalogue spoke to AgriLand as he called into the headquarters of the Department of Agriculture, Food and the Marine yesterday evening, July 5. He was showing his support for the IFA delegation that decided to stage a sit-in over the confusion caused by recent media reports relating to the proposed tillage crisis fund.

Over the past couple of months, a concerted effort was made to convince the minister that such a fund needed to be put in place, he said.

Passing of a Dail motion

This included the passing of a motion in the Dail earlier this year – by 87 votes to 49 – which placed the onus on Minister Creed to provide a crisis fund or compensation scheme for farmers that lost crops in 2016, Fianna Fail’s Agriculture Spokesperson added.

Both the minister and the government have resisted recognising the plight of farmers along the west coast who lost a portion of their crop last year, as a result of freak weather conditions particular to their local area, McConalogue said.

“I have been consistently raising it [the tillage crisis fund] and putting the pressure on in the hope that something would happen in relation to it.

I think it is shocking that, over the last week, we have seen a situation where the details of a scheme have been leaked – without actually having proper engagement over the past two or three months with farmers.

The rumoured payment cap of €5,000 per farmer “is much too low to reflect the massive pressure that many farmers were under”, the Fianna Fail TD added.

“It certainly seems that €5,000 is the maximum level that the purported scheme is willing to fund; whereas many, many farmers lost multiples of that. Within EU state-aid rules and de minimis rules, the maximum that anyone can get – over a 3-year period – is €15,000.

“But that can also be provided in one year. We very much pushed and advocated that it must be up to €15,000. I think anything less than that is unacceptable, given the fact that many farmers have been exposed to a loss much, much higher than that.”

It is inexcusable that farmers weren’t properly engaged with by the department; this should have been done hand-in-hand, McConalogue said.

“The fact that farmers would be reading about it through leaks to the papers is simply unacceptable,” he concluded.

Meanwhile, independent TD Danny Healy-Rae believes it is a farce that a group of farmers were forced to protest over this issue on “one of the finest nights of the summer”.

He said: “A bit of common sense could have sorted this out. The farmers who lost crops last year are well-entitled to some money.

“The minister has been put under pressure by both independent TDs and those in political parties. We have been united in insisting for compensation for farmers affected by the bad weather.

“It is only a small number of farmers along the west coast of Ireland that were affected. It is not going to take a huge amount of money to solve this issue.” 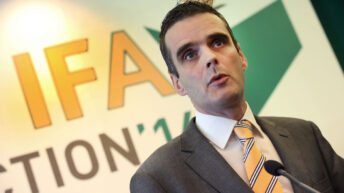 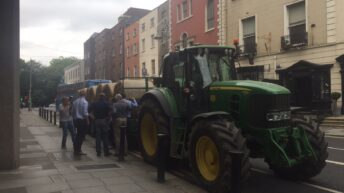