The winner of the 2020 Irish Hereford Prime Farmer of the Year award has been revealed as Co. Kildare farmer Richard Milligan.

Richard farms in partnership with his father Henry near Robertstown in Co. Kildare. The family farms approximately 24ha of grassland around the yard and a further 40ha nearly two miles away, some of which is in tillage.

Richard highlighted that he appreciates the on-farm support he receives from Irish Hereford Prime and is fully supportive of the recent Hooves4Hospice campaign “as it’s such an important worthwhile cause and the calendar produced to raise funds is a great way to showcase Hereford farmers”. 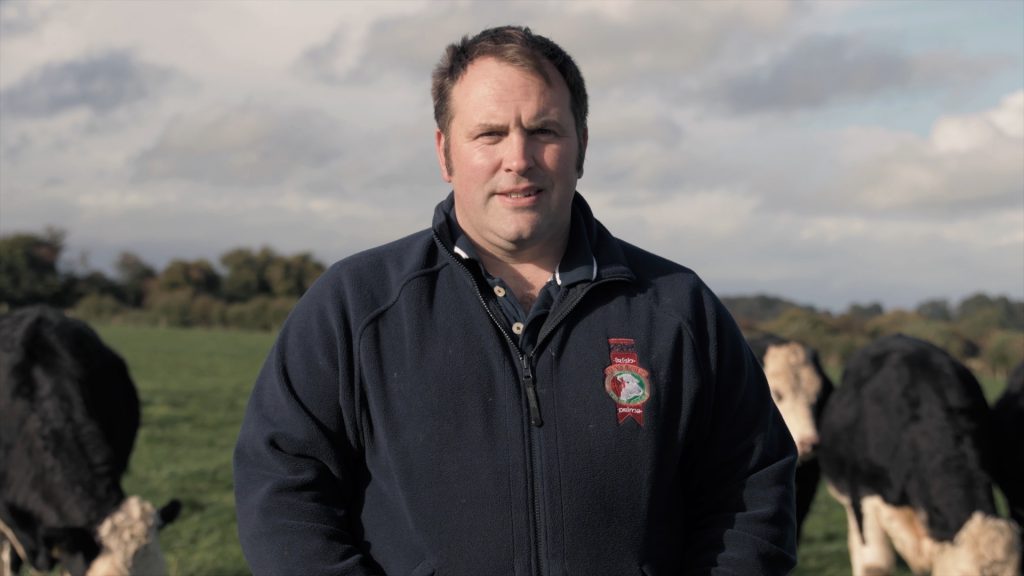 The father-and-son team run two Hereford stock bulls with their 40 cows plus replacement heifers in a suckler to beef spring calving herd.

They also have used Hereford AI on maiden heifers and selected cows to increase the ICBF Euro Star Values of their breeding stock in previous years.

Currently, there are 10 Hereford cross heifers in calf to an easy-calving Hereford bull in a hope of increasing cow numbers from within the herd.

When asked “Why Hereford?”, Richard and his father Henry said: “The ease of handling and finishing of Hereford cattle combined with the ease of calving and the high level of calf vigour at birth are proving to be very positive for our farm.”

In addition to the suckler herd, a Hereford cross calf-to-beef system is also operated on the farm. 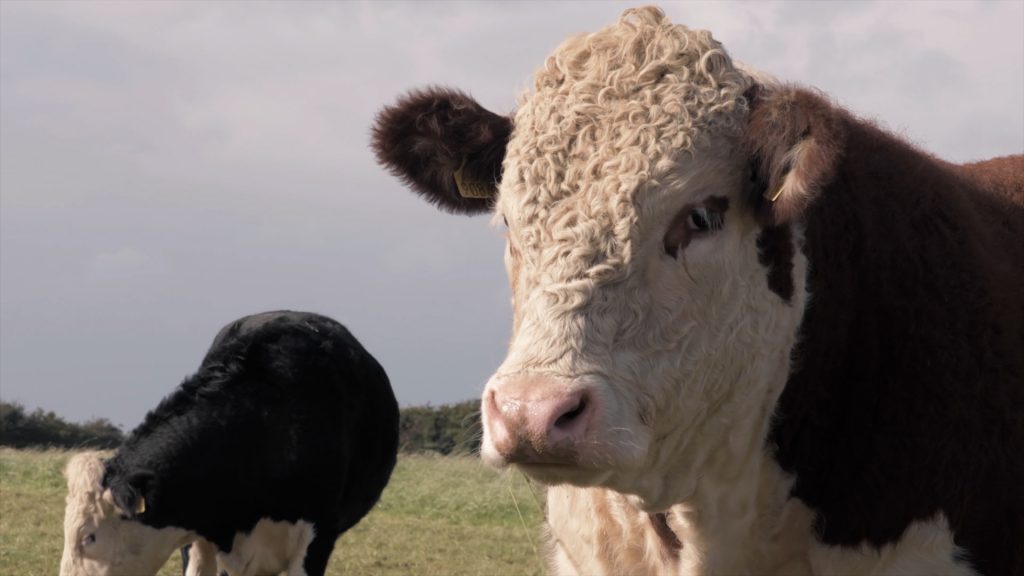 The Milligans are careful to source these calves in batches at three weeks of age from local dairy farmers that they have established relationships with to help to reduce disease risk and stress.

Hereford cross steers and heifers are mainly grass fed and only small levels of concentrates are given for 60 days pre-slaughter. Heifers on the farm are finished between 18 and 24 months of age which is determined by weight and animal quality.

Steers are finished from 20 months at grass with a portion that are not ready for finishing housed and fed high-quality silage.

These animals are a priority for early turnout to avail of the high-quality spring grass, to aim for a late spring or early summer finish.

The Milligans’ grades and young slaughter age are achieved by good grassland management which is key to maintaining animal performance on the farm, according to Irish Hereford Prime.

Even at relatively young ages many of their Hereford cross cattle are grading R- or better. All qualifying heifers and steers receive an Irish Hereford Prime bonus payment.

As a grass-based system, to facilitate the control of grassland, Richard and Henry have been using a multiple paddock system with cattle grazed in larger groups to allow fresh grass to be grazed out quicker.

Cattle are given access to new grass every 24 hours. which leads to higher average daily live weight gains. Grass is considered the most important feed on the farm, with emphasis on presenting the best quality grass to all stock for the longest grazing season that weather will allow.

Management of grass is based on regular grass walks where grass is measured and recorded on Pasturebase Ireland for support in decision making.

This helps with a more targeted approach with applications of nitrogen. This has delivered significant improvement in the quality and the utilisation of grass as a resource.

Efficient use of fertiliser: Getting up to speed with the paddocks on your farm