Is Irish beef regarded as ‘filler’ by UK supermarkets? 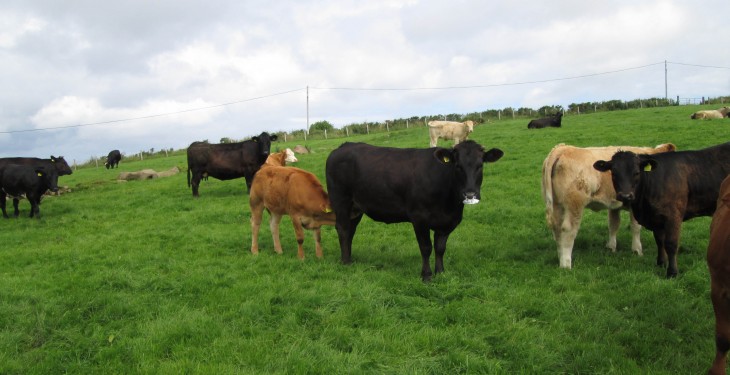 There was uproar at yesterday’s Beef Forum, held as part of the Teagasc Beef 2014 event at Grange, when a representative from Larry Goodman’s ABP referred to Irish beef being used as a ‘filler’ by UK supermarkets.

Dawn Meats’ Group Development Manager Paul Nolan said immediately afterwards that “it was an unfortunate use of words”.

“The reality is that every carcass produced in Irish factories is split up into its component parts, with each of these sent to markets around the world. In the context of the UK supermarket trade, British consumers will always show a preference for home-produced beef and every animal slaughtered in Britain ends up on either a local supermarket shelf, in a butcher’s shop or is distributed through the catering sector.”

He said that when UK retailers cannot meet their own supply requirements from local sources, they will, as a matter of course, seek to supply the beef they need from Irish processors. “This reflects the quality of Irish beef, the fact that it is grass fed and the reality that it is wholly compatible with the demands of British consumers.”

Irish beef, he said, is regarded as a quality product by UK retailers and is never classed as an inferior source of meat. “And this is why I believe the use of the term ‘filler’ during the Beef Forum debate as being wholly inaccurate. However, it was made in the context of a discussion which was focussed on the structure of the UK beef retail market, which is extremely complex in nature.”

Turning to the issue of future cattle prices, Paul Nolan did confirm that the record numbers of cattle being processed in local factories at the present time is creating a challenge in terms of the farmgate returns now on offer.

“Grass growth has been excellent since the beginning of the Spring,” he said. “As a consequence, cattle are reaching slaughter weights earlier than would have been expected. In tandem with this we are also seeing farmers getting young bulls away at younger ages. Both these factors are combining to bring larger than numbers of cattle out for processing than would normally be expected at this time of the year.

“However there is an expectation that beef supply and demand will come more into line later in the year, which should help to bring a degree of strength back into the market place.”