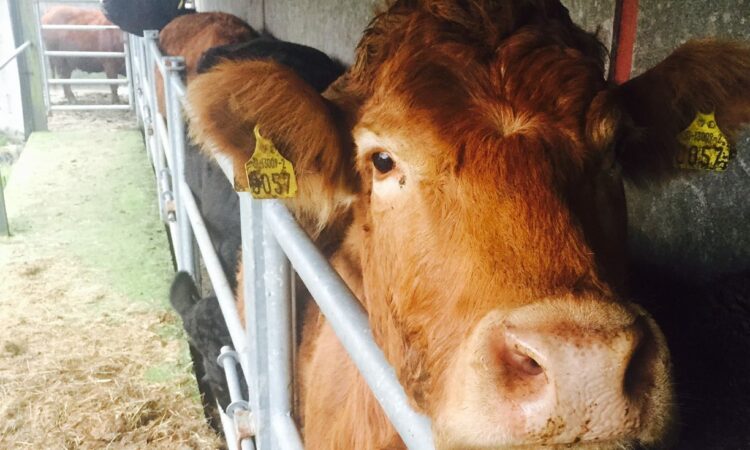 Latest Eurostat figures show that the size of the Irish suckler herd fell a further 4% in December.

Analysing the figures EBLEX says the December 2014 inventory which shows a fall in suckler cow numbers in Ireland, means its size is at its lowest in 20 years.

It says for the cattle sector in total which is down 1%, the decline in numbers overall is mainly on the back of significant reductions in the number of male cattle over one-year-of-age and the suckler beef herd.

For the former category this would indicate an end to the year-on-year increase in male cattle slaughterings that started in autumn 2012.

EBLEX said producers continue to switch to milk production and dairy cow numbers were up four per cent 4% on December 2013, despite falling profitability in recent months.

It says in the last four years dairy cow numbers have increased by 12%, as the Irish milk sector goes all out for growth.

The number of heifers over two-years-of-age for breeding was unchanged on the year. EBLEX said this is in contrast to an increase in numbers for slaughter and suggests that there may again be stability in overall cow numbers in 2015.

Cattle under one year were unchanged in December 2014, given the stable breeding herd of last year and that calf exports were only up 10% in 2014.

EBLEX says calf exports more than doubled in 2013, which contributed to the 5% fall in cattle less than one year in December 2013 and hence the fall in numbers 1-2 years in December 2014.