‘Ireland needs to get to grips with free-trade agreements’

Ireland needs to get to grips with free-trade agreements if it is to supply markets like south-east Asia and compete with powerhouses of the industry and near-neighbours to the region like Australia and New Zealand.

That’s according to Conor Mulvihill of Dairy Industry Ireland (DII), who spoke to AgriLand as the Bord Bia Trade Mission to Indonesia and Malaysia drew to a close in Kuala Lumpur on Thursday.

“In DII we straddle with the politics, the policy and the regulatory side of things and to enable the companies to have a most benign commercial environment.

One big thing that we’ve learned is that we need to get in gear with regard to free-trade agreements in these regions.

“Logistically, it’s already a huge challenge for Irish companies to get products from Ireland all the way to the other side of the world and we’re coming into the neighbourhood of Oceania; so you have the big monoliths from Australia and New Zealand and they see this as their home patch.”

Having visited the Kerry plant outside Kuala Lumpur, Conor was impressed with the niche market it has met, but was concerned about the margins Irish companies importing into the region would be able to make if the tariffs had to be paid. 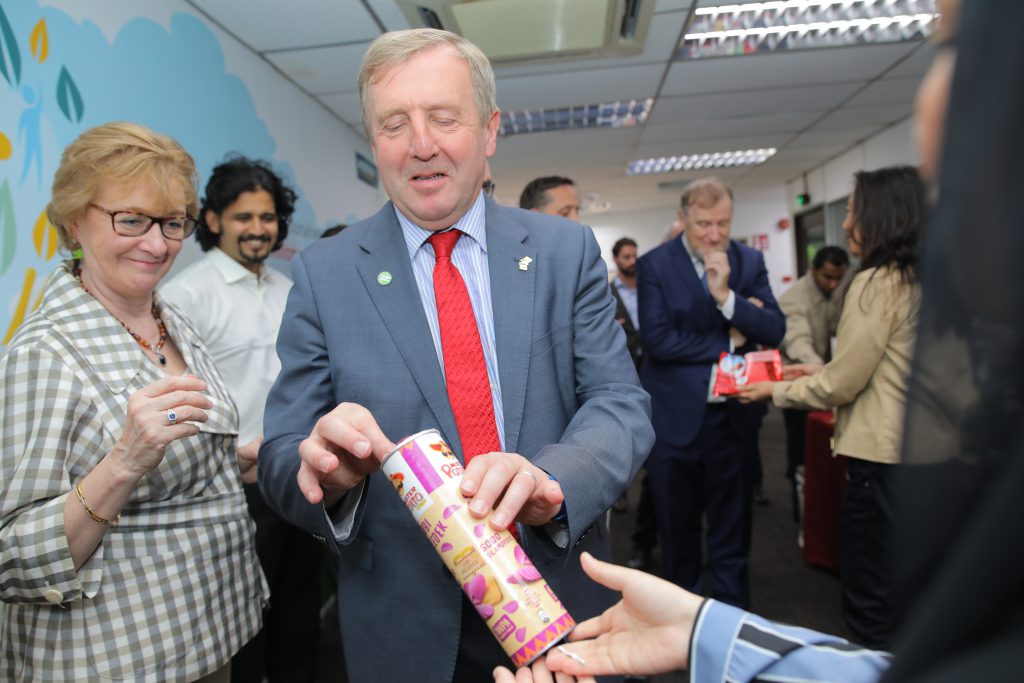 Minister Creed at the Kerry plant outside Kuala Lumpur, Malaysia

I know some of the tariffs that are here are only 5%, but the commodity margins are often only 5%.

If this issue was sorted, it would most likely be a lot easier to come to a trade agreement for meat and dairy products from Ireland.

“I think it’s a huge issue. It’s something I’m hearing in Brussels quiet a lot. I see a lot of movement around palm oil from MEPs in particular who want to ban palm oil, and for obvious reasons, in terms of deforestation etc.

In Indonesia alone palm oil is a €19 billion industry; that’s nearly all Irish food exports multiplied by two – to put it into scale.

“So, when they see Europeans in effect banning one of their key industries, they will go slow in giving us access and that’s what I’m finding.”

Conor was extremely impressed by the Trade Mission and the engagement that was made between Irish companies and potential buyers.

“This is Bord Bia’s third outing to Asia and each one has been more commercially and politically focused with the Minister in attendance. They’re getting better and that’s really welcome.

Deals were made last week and real, potential customers attended the dairy seminars during the Trade Mission.

“I was looking at some of the member companies that we have in DII and they were signing contracts, like Carbery were here; they were meeting buyers and channel distributors. You’re always gaining intelligence at these events as well.” 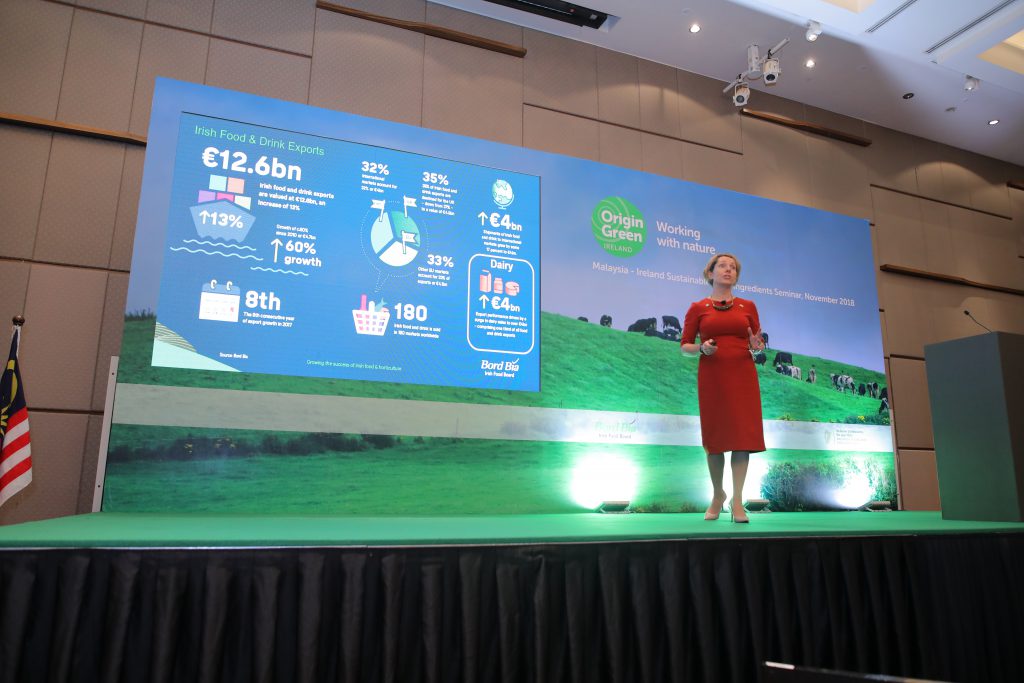 Hard work needed to break into the market

While the Trade Mission was a really valuable event, Conor is under no illusions that hard work will be needed to break into the market.

“We’re unknown, we’re a small country out in the middle of the Atlantic, with five million people. They don’t know us, so we have to come here. It’s the only way you get business.

“There’s Irish product there – Baileys and Guinness. We found Abbott infant formula, so it’s a matter of getting out. There’s definitely access to the market. The population bases are there.

Indonesia has 250 million people and this is our first ever trade mission. We only have an embassy in Indonesia for four years. It’s the only way we’re going to get in.

“This is a small part. There’s no point saying this Trade Mission is going to be a silver bullet, but it’s a start. There will be results quickly from it, but it will take a lot of commitment.”

Malaysia is 5% self-sufficient in dairy...Ireland may supply some of this demand