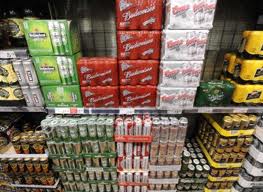 The Irish Farmers Association (IFA) has warned that damage to the Irish drink industry will have a negative impact on the wider agri-food sector in Ireland.

IFA President John Bryan has warned against damaging the Irish drinks industry, and its ability to increase exports and economic activity.  In a statement this morning, he said: “Premium brands such as Guinness, Baileys and Jameson – all of which have built a global reputation based on sourcing quality raw material from Irish farming and the use of sponsorship and advertising – need to maintain market share in a very competitive environment. Anything that impedes this could have a detrimental impact on the potential of the wider agri-food sector.”

The Cabinet is set to review its alcohol strategy, which is being led by Alex White, junior health minister, this week. The proposals are said to contain the introduction of a ban on alcohol sponsorship by 2020 and a ban on new sponsorship contracts from 2016.

In his statement, Bryan stressed the drinks industry is a significant purchaser of Irish crops and products, using over 200,000 tonnes of malting barley, 300m litres of milk and 40,000 tonnes of apples each year. “In the case of malting barley, demand is increasing in recent years, which is very important to the viability of tillage farmers and economic activity in rural Ireland. The other customers for Irish farm produce also play a vital role in our export-led sector,” he added.

The IFA President said everything must be done to encourage our indigenous industries to grow and expand jobs, output and exports. He said he had conveyed this view to the Minister for Agriculture Simon Coveney and asked him to reflect it when the matter is discussed at Cabinet level.  “At this time, our country needs joined-up thinking more than ever, and a clear understanding of the consequences of pursuing only one side of the debate,” he concluded.

He said, “Like every parent, I am of course concerned to ensure that Irish people, and especially our youth, treat drink responsibly. I believe that more focused and targeted education in primary and secondary schools is the best approach in achieving that. Indeed, I see involvement in sport as a positive conduit to more responsible use of alcohol”.

Mr Bryan said, “As a voluntary organisation with a presence in every parish in rural Ireland, IFA would have a concern that the removal of this sponsorship funding would have a knock-on impact on local sports clubs, which are a central element of rural communities, in financing their teams and activities.”