IFA and processor talks end with no agreement, protest to start Sunday 3pm 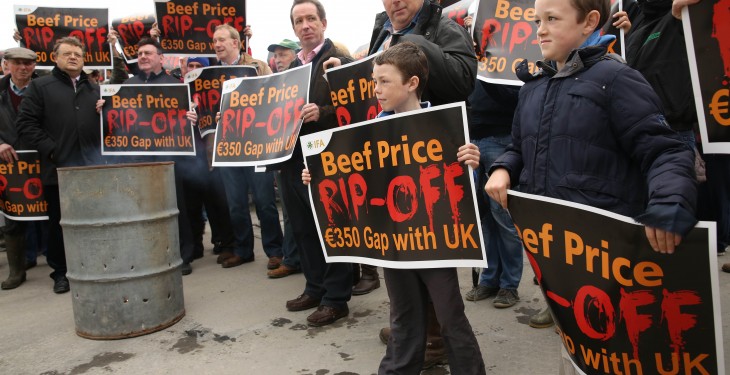 The IFA’s 48-hour protest is set to going ahead from Sunday, after talks between the association and Meat Industry Ireland (MII) failed to find a resolution tonight.

Talks, which started today at lunchtime continued until late tonight, ended with no agreement between the sides.

The talks took place today and continued into the late evening at Citywest in Dublin, after the IFA called for a 48-hour protest outside meat factories over beef prices.

Unofficial reports from the processors said workers at meat plants were told on Friday evening that plants would be closed on Monday and Tuesday.

Sources within the IFA say the protest will start on Sunday at 3pm at meat factories around the country.

Today’s meeting started at lunchtime and was chaired by Michael Dowing. It happened after the Minister for Agriculture, Food and the Marine Simon Coveney called for calm after the IFA staged a 24-hour protest on the Bank Holiday weekend.

A spokesperson for the IFA said the protest would go ahead from 3pm on Sunday.