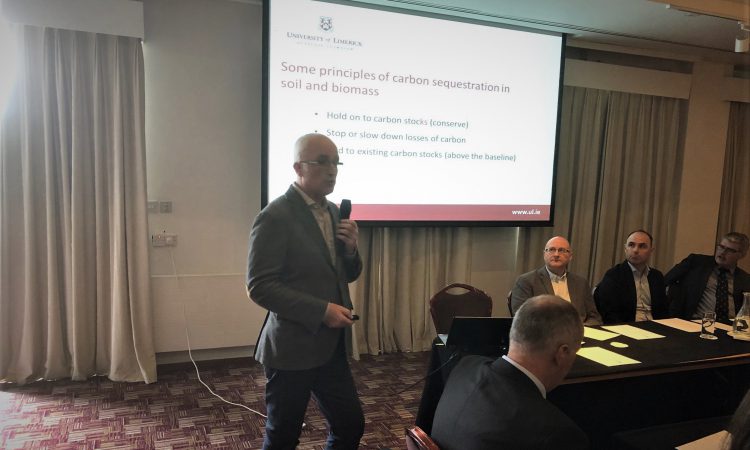 If we go back to the United Nations (UN) framework convention on climate change 1992 – the issues are all there; there is a lot of talk these days about taking carbon out of the atmosphere and getting it into soil and vegetation.

Climate change is real – it’s now, it’s out there and the scientific debate about it is long over. It’s a huge challenge and one that is among many other challenges that global society faces.

This is according to Dr. Ken Byrne, senior lecturer, school of natural sciences, UL, who gave a talk on carbon sequestration in peatlands and forests during the Irish Creamery Milk Suppliers’ Association (ICMSA) ‘Dairy and Climate Change’ think-tank, which was held in Dublin on Wednesday, September 4 last.

‘Holding on to carbon’

Byrne, meanwhile, pointed to the carbon that is already there and the importance of “holding on to that”.

We need to slow down – or preferably stop – the rate of carbon coming from soils and vegetation into the atmosphere, and we need to get more carbon in to them.

He continued: “The only way that we can do that right now is though the full synthetic pathway of growing vegetation – the carbon gets transferred into biomass and into the soil.

“And remember – we need to do that in addition to what we are doing.

“If you say you are doing it and yet you are not making any difference to the atmosphere, then you are just greenwashing.”

Greenwashing, meanwhile, is described as the practice of making an unsubstantiated or misleading claim about the environmental benefits of a product, service, technology or company practice.

The complexity of peatlands

Byrne then focused on peatlands in the whole carbon debate and highlighted how “complex” the subject matter actually is.

If it’s one soil type on this island that we have abused it’s our bogs.

He added: “We have put them to lots and lots of different use and now – we are where we are.

“Ireland has a lot of carbon in its soils and it is there because of water.

Also Read: How do farmers keep going and comply with environmental targets?

“It rains a lot in this country and that creates conditions favourable for soil carbon accumulation – about two billion tonnes; the vast proportion of which is in bogs and wet soils.

“If you take that soil away, you lose the carbon…” 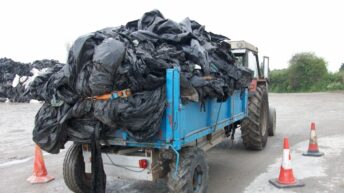 Prospects for ‘bio-plastic’ industry to feature at the ‘Ploughing’