Calls made for ‘equitable market’ for 30-month and older beef

Supermarkets and butchers in Co. Roscommon are being called on to support an “equitable market” for beef aged 30 months and older “in the interest of farming families and communities”.

This weekend, the Roscommon County Council alliance group will meet with retailer businesses in the county to discuss the 30-month rule, with a view to persuading them to accept products from animals that were above that age at slaughter.

The initiative by the county council is being led by cathaoirleach Paschal Fitzmaurice.

Eugene Murphy, Fianna Fáil TD for Roscommon-Galway, said: “It is important to point out that two major retailers have publicly stated that they have no issue taking cattle over 30 months, but we need to see more local butchers and supermarkets publicly stating that they are willing to do the same.

The 30-month age limit puts undue pressure on farmers to sell cattle and contributes to a spike in supply at the back end of each year when a significant number of animals reach the 30-month threshold.

Responding to the meeting held yesterday evening, Wednesday, September 11, between Minister Michael Creed and sector stakeholders, Murphy said: “The minister held a constructive meeting this week but in order for talks to resume properly all legal threats must be dropped by the meat processors and it is vital that retailers also come around the table for the next round of talks.”

Murphy also took the opportunity to raise questions about the other rules farmers have to comply with.

“With regard to the four-movement rule, meat processors have not demonstrated any rationale as to why animals that have moved more than four times between quality assured farms should not be paid the quality assurance bonus,” he argued.

The 70-day residency requirement puts an unfair restriction on farmers selling their animals through marts before slaughter, removing an outlet for smaller farmers in particular to generate competition for their finished animals.

“Meat processors need to realise that it is by agreeing to address these key issues in resumed talks that the current beef crisis can be addressed,” the TD concluded. 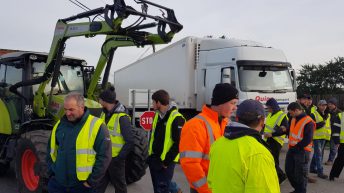