ICBF doubles profit in 2015, despite drop in income

The income of the Irish Cattle Breeding Federation (ICBF) reduced in 2015 while its profits nearly doubled.

Last year, 79,000 herds with 2.21m calvings in both dairy and beef were participating in one or more aspects of its database.

However, a €1.14m reduction in operating expenses for the year helped generate its “surplus on ordinary activities after taxation” (in effect, profit) which almost doubled, increasing from €74,987 to €147,000. 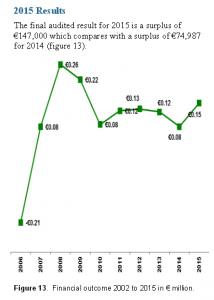 According to its annual report, ICBF’s headline project early in 2015 was the Beef Data and Genomics Scheme.

“Over 26,000 farmers joined the scheme, and while there we some concerns about the scheme requirements, farmers responded extremely well to the job of tagging the stock bull, and a number of cows and younger stock,” the report said.

The report said that last year the uptake of milk recording was at an all-time high record of 650,000 cows across more than 6,600 herds.

This represents an 8% increase on milk recording from 2014 and represented over 50% of dairy cows in Ireland. 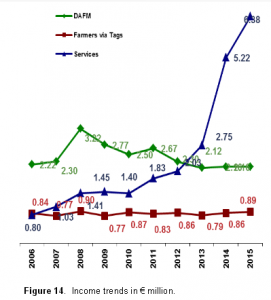 According to the report, in 2015 the major contributions ICBF made towards its objectives included: