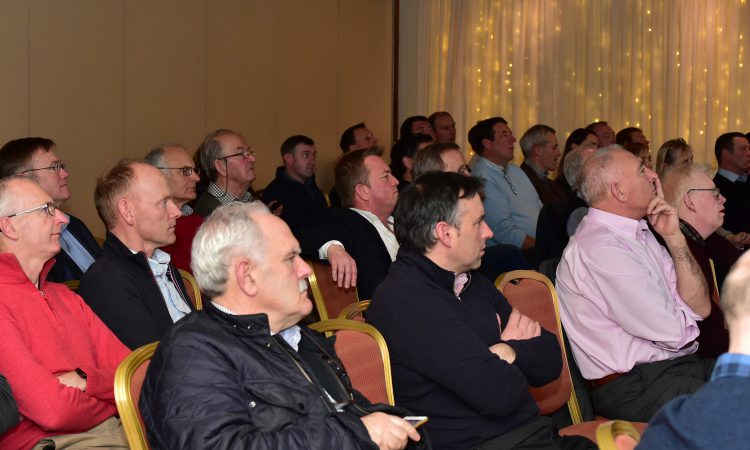 A sectio of the crowd at the first day of the ITLUS conference. Image source: Roger Jones

Cara Augustenborg’s presentation at the Irish Tillage and Land Use Society’s (ITLUS’s) conference on Wednesday, December 4, focused on climate change and emissions.

In her presentation she gave some startling facts about climate change, but also saw the positive impact that tillage can have on Irish agriculture and its contribution to climate emissions.

She also outlined some consequences of climate change on the sector, such as an increase in aphid numbers due to an increase in carbon dioxide, as well as the spread of tropical diseases.

“The average increase in temperature across the world right now is 1.1°C since pre-industrial times,” she noted.

1.5°C and 2°C are figures that we do not want to hit or the consequences will be dramatic.

Augustenborg explained: “Scientist can extract ice core data from 800,000 years ago to see what the CO₂ concentrations were at this time.

“What this evidence will show you is that we have never seen these levels of carbon dioxide in the atmosphere before, so these are unprecedented times for humans and of course it makes growing crops much more difficult as these conditions change.

“There is no sector that doesn’t somehow contribute to climate change and that’s why change is so difficult when we’re addressing this issue.”

One consequence that the environmental scientist went into detail on was that warmer air can also hold more water vapour.

“That water has to fall somewhere, so we are seeing bigger downpours sometimes referred to as micro-bursts or rain bombs and of course this rainfall is happening so intensely that our soil can’t absorb it fast enough and that contributes to an unprecedented amount of flooding.”

“The same phenomenon of this extra evaporation of the oceans and water vapour is also contributing to drought conditions too.

There is moisture in our soil and that moisture is evaporating quickly too, as a result of a warming planet.

Augustenborg added that “more and more of the world will be in drought conditions” according to IPCC projections.

Commenting that Ireland may get away relatively easily she noted that the issue may affect nations which we depend on for food and food security will be affected.

“The thing that I think is affecting climate change and the Irish weather situation, probably most profoundly, is that the jet stream which we depend on for a mild climate is becoming more snake like, so it’s less stable.

“So that’s what’s been attributed to things like the phenomenon of ‘the beast from the east’ and in the same year the extreme drought conditions that we faced, both attributed to the fact that the jet stream remained further south or further north for longer than expected and caused these prolonged conditions.

It’s also why scientists are saying things like the situation is scary, which is not a term you would expect to hear from scientists, but everything is happening faster than they projected.

The affect of climate change on tillage crops

“We think of climate change as being good for plant growth because plants need carbon dioxide, but actually pests do well in an elevated CO₂ atmosphere too.

“Studies have shown that aphids and other pests will thrive in higher CO₂ concentrations.

The spread of diseases may also become an issue.

Augustenborg explained that vector bourne diseases – diseases that are carried by insects for example – may increase and spread “because these vectors have an ability now to live at higher latitudes than they did in the past, so we’re seeing these diseases spreading throughout the world and causing more problems than they have in the past”.

Augustenborg has been quite vocal about her views on glyphosate. However, on Wednesday she stated that she did not advocate a total ban of the product.

“As far as I know the environmental NGOs in Ireland have all been saying that what we should be doing is banning it in parks and recreational spaces and perhaps not using it as a drying agent post harvest, but I would say that nobody that I know of is actually advocating an outright, full-on ban for agriculture because we do know that it’s an important part of productivity.” 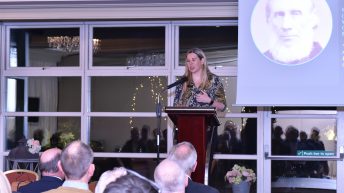 Augustenborg on transport emissions and the need for tillage 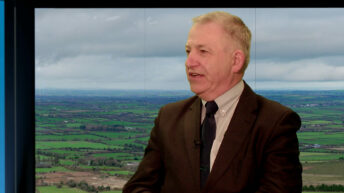