Colostrum is the most important meal a calf will get during its entire lifetime. The method of feeding this ‘liquid gold’ once the calf is born has been debated a lot amongst farmers.

Some farmers prefer to bottle feed, whereas others prefer to stomach tube the calf. Many farmers have different reasons or opinions for their preferred method of feeding; such as time, effectiveness, more natural, etc.

However, Leonal Leal, ruminant researcher at Trouw Nutrition research and development in the Netherlands, discussed some interesting research findings – on the topic of colostrum feeding – during the CAFRE, Dairy UK and the Ulster Farmers’ Union conference, on November 19.

Leonal explained that when you bottle feed a calf the majority ends up in the abomasum; but when you stomach tube a calf a lot of that colostrum flows into the rumen.

“But what affect does this have?” he said.

When blood samples were taken from the calves that were both bottle fed and tube fed and the immunoglobulins were tested, Leonal explained:

The level of immunoglobulins in the blood of those calves were exactly the same for both methods.

“So, whether you bottle feed or stomach tube a calf you get the same level of immunoglobulins in blood,” he added.

The passage rate to the rumen was also measured – which is the speed the colostrum moves from the abomasum to the intestine.

Leonal also looked at the delayed feeding of colostrum or the hours after birth the colostrum is first fed.

“So the first hour is critical, not only for the speed of immunoglobulins in blood but also in terms of the concentration in blood afterwards,” he highlighted. 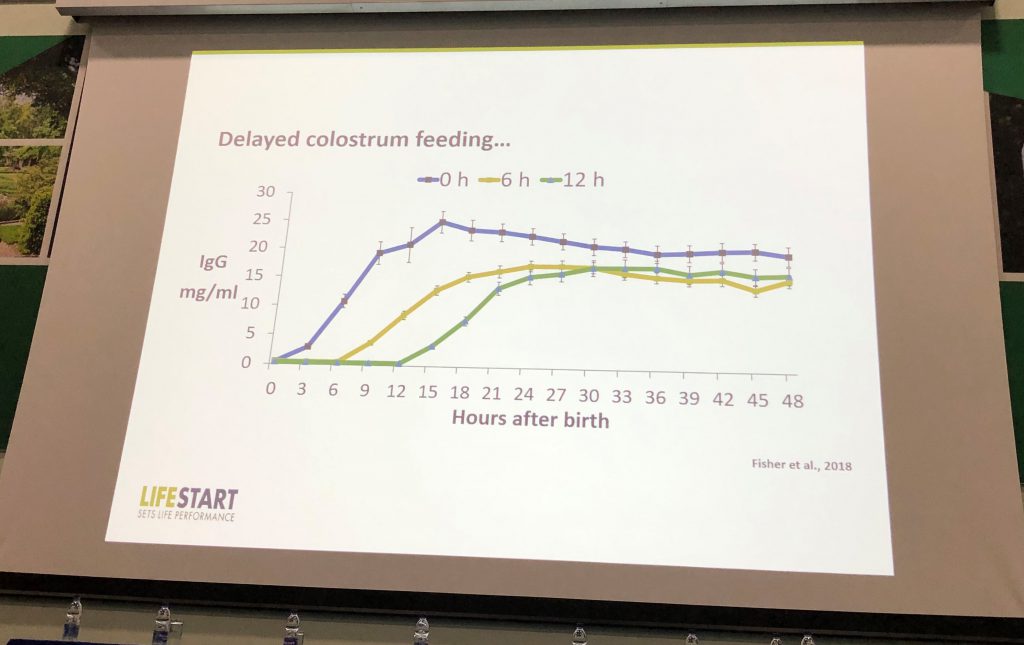 However, what is most interesting, he explained that even by feeding six and 12 hours they eventually reached almost the same concentration.

“So if a calf is there in the morning and you don’t know what time he/she was born at, feed the calf straight away before you do anything else – because it will still benefit the calf a lot,” Leonal explained.

“The level of immunoglobulins in blood increased slightly from this second feed. So there is still an opportunity to give an extra boost to the calf,” he added.

Could this innovative gate work for you next spring?

UK to restrict promotions of ‘unhealthy’ foods from October 2022

Desiccating potato crops: What are the options in 2021?