How much will it cost to get your (pit) silage cut? 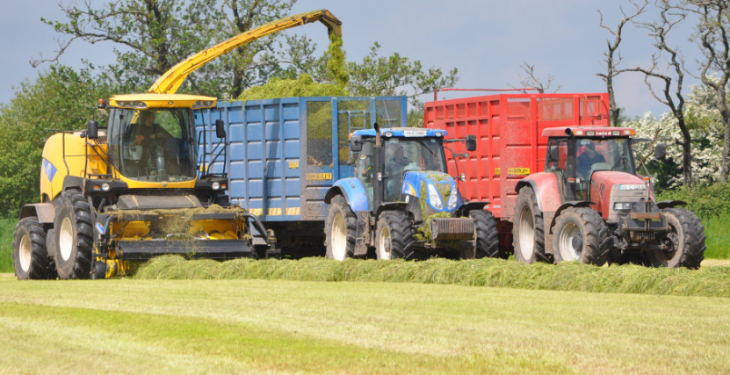 Over the past week, silage contractors around the country were asked what they currently charge to cut pit (clamp) silage.

Comparing self-propelled / precision-chop silage to that lifted by wagons, the latter was found to be slightly cheaper. However, a much smaller number of wagon operators were contacted on this occasion.

Typically, contractors are charging €100 plus VAT per acre around Ireland, with the west of the country being slightly cheaper on average.

Beginning with Co. Wexford, for precision-chop silage, the contracting price quoted was €100 per acre plus VAT, which included mowing, picking up, drawing in and pushing up (at the pit). Raking was available for €20 extra (including VAT).

In Co. Kildare, the same price of €100 per acre plus VAT was quoted. However, raking was included in this price – along with mowing, picking up, drawing in and filling the pit.

A Co. Cork contractor gave a figure of €110 including VAT for mowing, picking up, drawing and filling the pit. Raking was available for €10 extra.

In Co. Kilkenny, the price quoted was €100 excluding VAT for mowing, gathering and filling the pit, with raking (at an additional €10 per acre) also available.

Meanwhile, in Co. Meath, €100 plus VAT was the quoted cost for cutting, which incorporated mowing, raking, gathering and pit aspects of the job.

A contractor in Co. Galway offered a quote of €100 including VAT for mowing, picking up, hauling and pit work. However, this figure depended on factors such as distance from home. Both mowing and tedding were available for €10 extra each per acre.

Undercutting and competing with farmers’ sons

The contractor stated that there is currently a lot of undercutting going on in the silage-making industry, with farmers’ sons taking out loans for tractors and wagons. This was, in his opinion, putting a lot of pressure on established contractors. The contractor added that he felt Irish banks were giving such loans too freely, leading to the current scenario.

Roscommon and Sligo contractors quoted the same figure, in both counties, of €100 per acre including VAT for mowing, raking, picking up, hauling and filling the pit.

Only two wagon silage contractors were contacted on this occasion, in counties Laois and Wexford. Both charged €100 including VAT per acre. Both operations included mowers, wagons and loader at the pit. Both charged an additional €10 for raking. Like most of the contractors we spoke to, they did not have tedders. 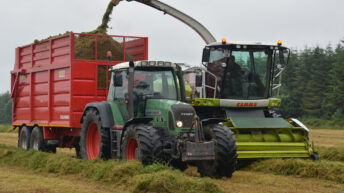 What is being charged for pit and baled silage in 2017?