Map: Where are Ireland’s sheep?

The national sheep and goat census recorded a total of 3.92 million sheep in Ireland at the end December 2016; an increase of 160,000 on the total numbers recorded for 2015.

Census forms were returned by 92% of the 44,866 registered flock-keepers on the Department of Agriculture, Food and the Marine’s database.

The results of the census show a continuation in the increase in sheep numbers across the country over the last number of years.

Overall numbers are rising very close to the four million sheep recorded in the first census in December 2005.

The number of flock owners who declared that they actually had sheep in December 2016 was 36,313, which was an increase of 1,059 (approximately 3%) on the previous year.

On average, there were 108 sheep per flock. However, 69% of flocks contain sheep numbers below the average flock size. These figures are similar to those of recent years. 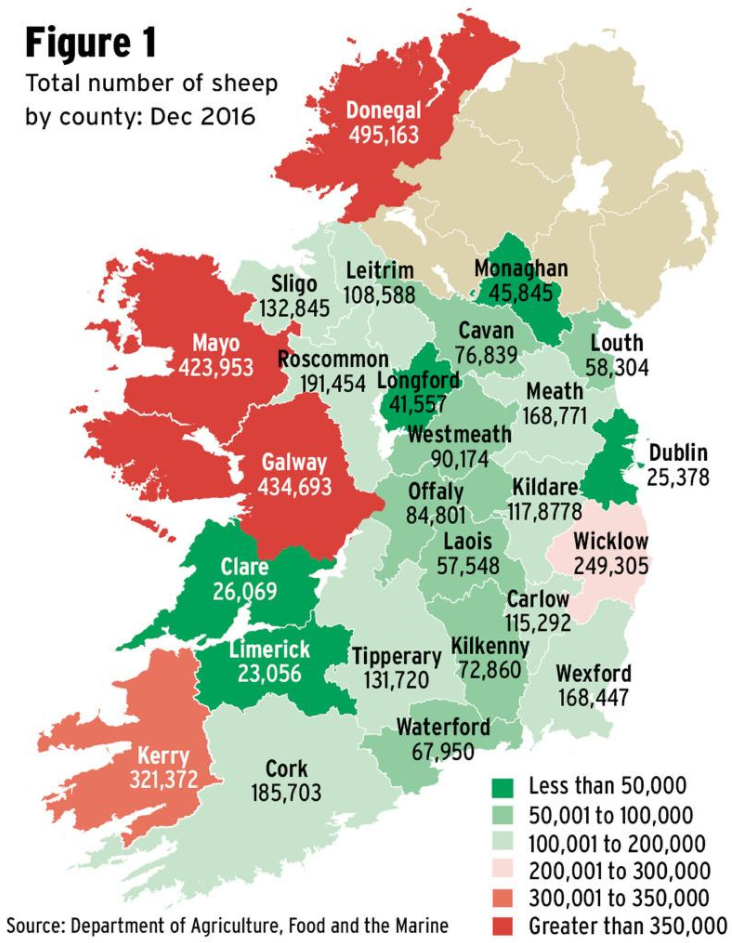 Due to its high sheep numbers, Donegal also had the greatest number of sheep flocks, with 5,967, followed by Mayo with 4,897.

Dublin had the lowest number of sheep flocks, with 207 flocks recorded.