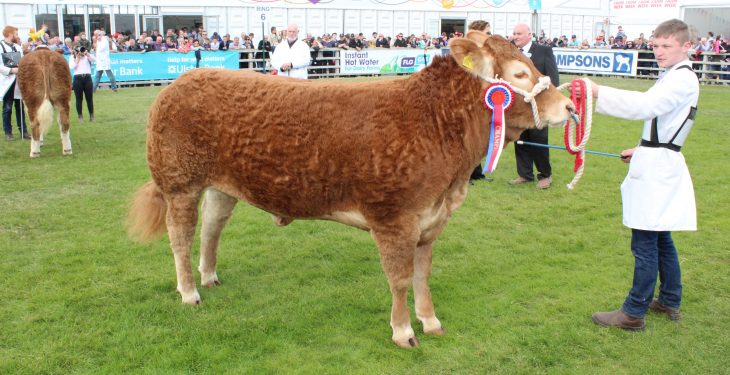 “We should know the exact figure over the coming days,” added RUAS Chief Executive Colin McDonald.

“The previous years at Balmoral Park have seen attendance figures average 90,000. But that was for a three-day event. So the additional footfall that we have seen with the extra day this year has made the decision to commit to a Saturday opening extremely worthwhile.”

McDonald said that visitor numbers for the Wednesday, Thursday and Friday of this year’s show were 10% down on what would normally have been the case on those particular days.

“However, the tremendous attendance on Saturday more than made up for this,” he added.

“We also managed to get the parking and the traffic arrangements in the vicinity of Balmoral Park right this year. There were no hold-ups on any days, apart from a few teething problems on Wednesday morning.”

McDonald confirmed that Balmoral Show 2018 will also be a four-day event.

“After that we will look again at the option of making the Wednesday through to Saturday format a permanent feature.

“We have carried out a major survey of the opinions expressed by both visitors and exhibitors to Balmoral this year.

“It will take a number of weeks for the trends that emerge to be fully analysed.

However, I can confirm that the profile of the visitors coming to the show on Saturday was different to what we would normally expect.

“It was obvious that many part-time farmers came along, as did many family groups for the first time. We also welcomed considerable numbers of visitors from the Republic of Ireland over the four days of Balmoral 2017.

“These are all new target groupings for Balmoral Show. And we want to build on this for the future.”

McDonald said that last week’s 100,000 attendance figure is twice the visitor number that would have been expected when Balmoral was held at the old King’s Hall venue.

“These figures fully vindicate the society’s decision to move to Balmoral Park. The reality is that had we not moved, the show would not have survived.

“The current event is twice the size of what was the norm when we were back in Belfast. But there is tremendous potential to further develop the show for the future.” 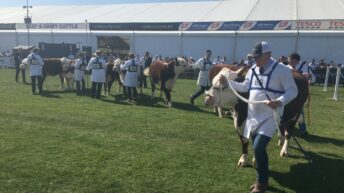