Agri and plant machinery giant makes it big in the movies

In the last reel of Ridley Scott’s sci-fi classic Aliens, Sigourney Weaver straps into a yellow industrial ‘exo-skeleton’ to go toe-to-toe with the monster alien queen.

The 1986 sequel to the cult space horror, Alien, borrowed the model number for its ‘power loader’ from the Caterpillar P5000 forklift truck; die-hard fans now list Caterpillar as its manufacturer.

But it looks like JCB has now taken Cat’s place in the stars – with the British firm’s product placement deal in the latest installment of the Alien franchise.

The new movie – Alien Covenant – is set against the backdrop of an expedition to colonise a new planet 100 years in the future, and JCB struck the biggest product placement deal in its history to be the brand that is front and centre.

The company provided the film-makers with 20 machines worth over £1 million, including telescopic handlers, skid-steer loaders and excavators for the ‘terra-forming bay’ set. 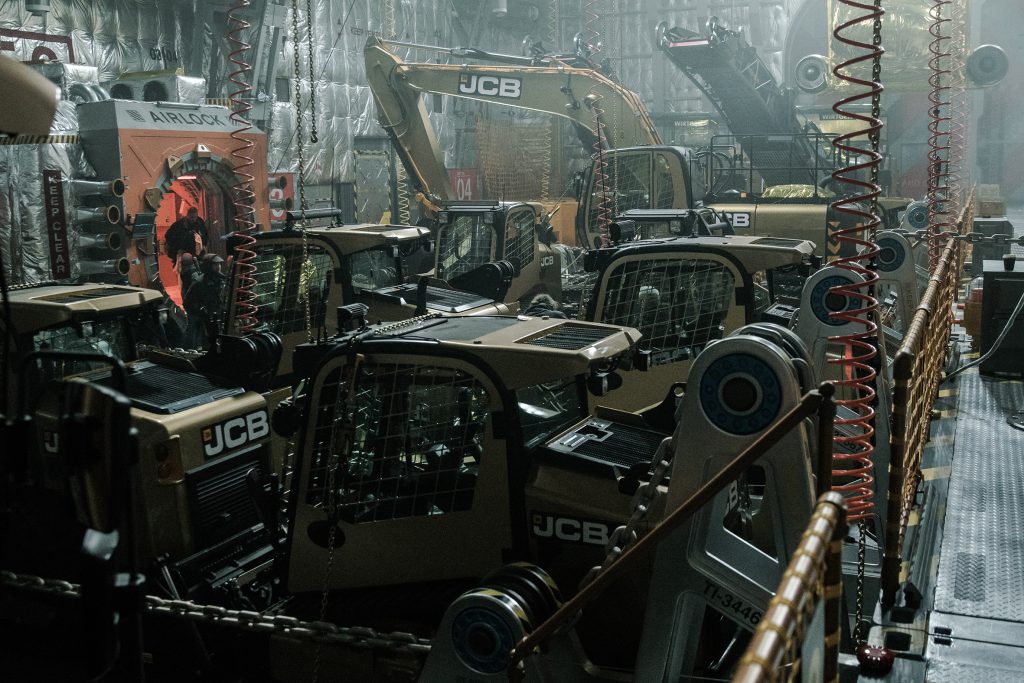 Chained to the deck of the colony ship Covenant, the familiar shapes of the earth-moving equipment are a striking image in an adventure set far, far from Earth. In science fiction, terra-forming is the process of making an alien world habitable for human life — and suitable for human agriculture.

“Ridley Scott’s idea to wrap the [JCB] machines in gold delivered a stunning result and is certainly an eye-catching addition to a film which will be seen by millions of people around the world,” the firm’s Worldwide Marketing Director Michael Plummer said.

Agriland looks forward to seeing Fassbender in a Fastrac, chasing down some other-worldly monstrosities under a strange alien sky. That’s surely not too much to ask.

PS: Can we get that Fastrac in gold please?