New Holland will be exhibiting the historic alongside the high-tech at this year’s FTMTA Grass and Muck show in Ireland as it celebrates the 50th anniversary of its tractor plant in Basildon, UK.

The New Holland stand at the Gurteen Agricultural College venue, in Co. Tipperary, will feature machines ranging from the 1964 Ford 4000 pre-force tractor to a range of today’s modern equipment, including the FR700 Self Propelled Forage Harvester, and the new Roll Baler and Roll-Belt variable chamber round baler.

Supporting the line-up will be Irish Blue Force whose members are dedicated fans of the Fordson, Ford and New Holland family of machinery. They will bring their own range of vintage equipment to add even more interest.

The modern makes of tractor will include the T7, which has its home at Basildon – making it an important part of the plant’s golden jubilee year. Also making an appearance will be the T5, TD5 and T6.

Machines from yesteryear will include the vintage Ford 5000, the New Holland 339 Double Chop Forage Harvester, and the Ford Jubilee 7810 – Basildon’s 25th anniversary tractor. 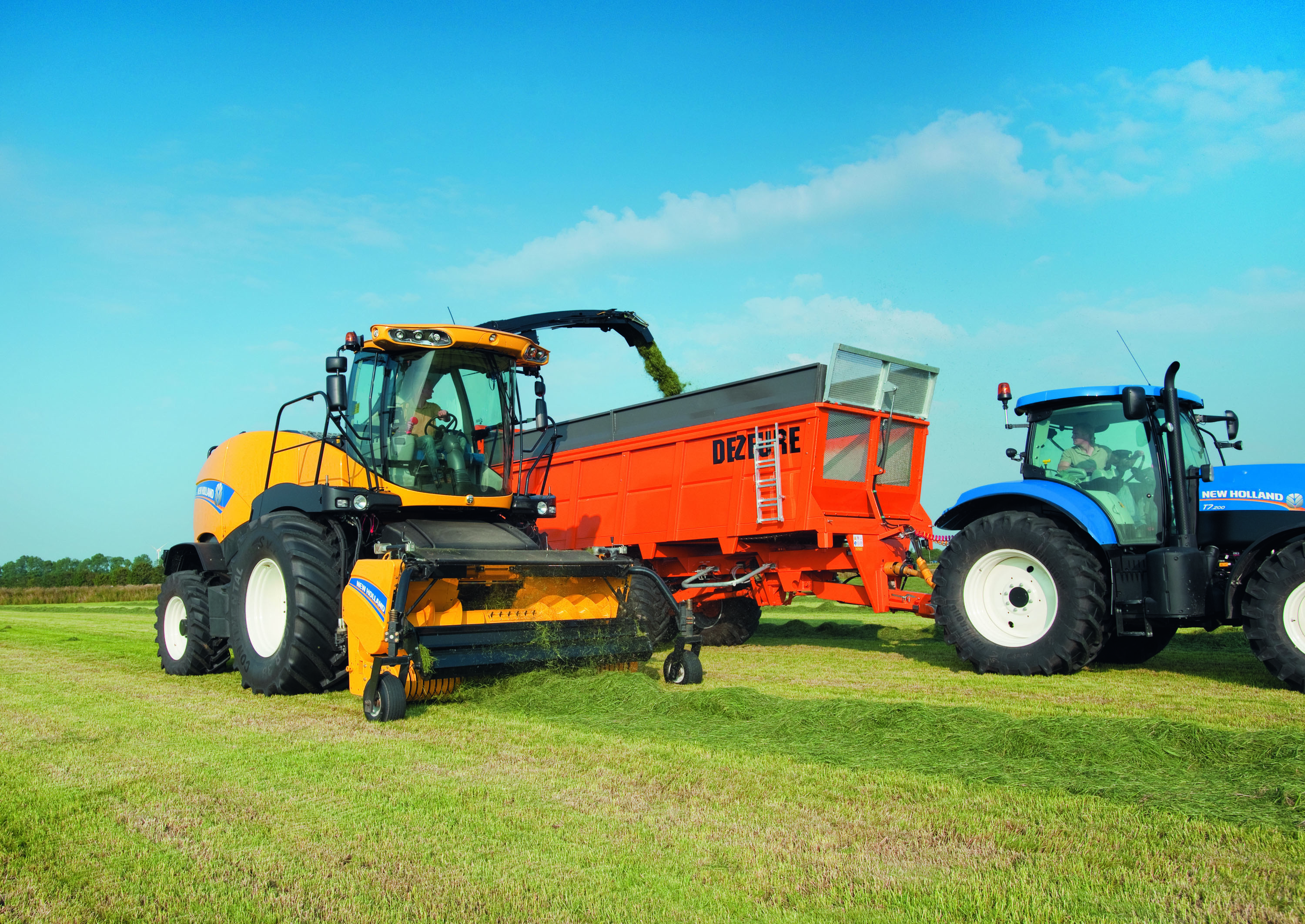 However, attention is most likely to be focused on the arrival of the new Roll Baler and Roll-Belt variable chamber round baler.

The Roll Baler has been designed to meet the needs of predominantly livestock operations and is an impressively durable and rugged piece of kit that’s easy to operate and maintain.

New Holland claim the machiene is well-suited to producing dense bales in grass for hay or, when separately wrapped, haylage or silage, it is the ideal machine for larger scale intensive livestock farmers with excellent performance in all types of cereal straw.

It says the Roll-Belt variable chamber round balers replace the BR7000 and delivers capacity increases of up to 20 per cent. Available in 1.5 and 1.8-metre bale diameters, it is set to become the machine of choice for large livestock operations and straw, hay and forage contractors according to New Holland.