What happened when the BBC visited Dairymaster 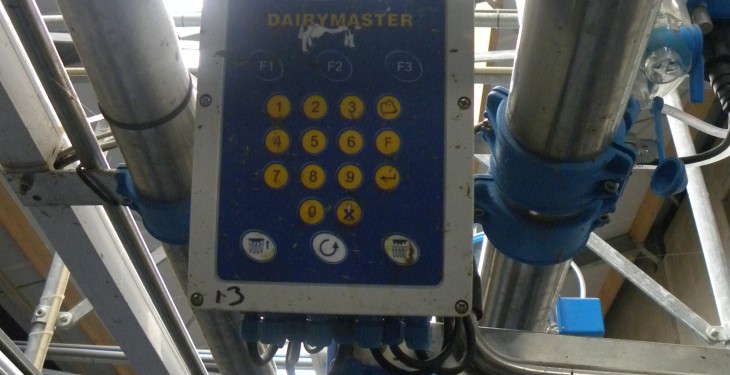 What was originally planned as a piece for the BBC’s award-winning website, turned into something much larger when the broadcaster visited the Causeway (Co. Kerry) headquarters of Dairymaster. Now the segment is running on the BBC World News channel and is being broadcast to 350 million homes worldwide.

“When they got in contact we thought it would be great to have a small piece on their site,” said Dr Edmond Harty, CEO, Dairymaster. “But when they saw what modern technology can do on farms they spent a whole day shooting and we found ourselves being broadcast within a week.”

Shooting took place over July 23 and 24, and because Dairymaster produces 95% of its products at the Causeway site, this allowed the BBC to see everything that the company does. Their attention focused on the combination of agricultural innovations and in-house capability, in particular the latest Swiftflo Milking Parlour that milks cows naturally and the necklace for cows that detects health and fertility the MooMonitor.

“We checked and it turns out the BBC World News doesn’t just hit 350 million homes around the planet,” said Harty. “It is shown in 1.7 million hotel rooms, on 81 cruise ships and 46 airlines. But my favourite stat is that you can watch it on 35 mobile phone platforms. There will be cows everywhere.”

One of the key points about Dairymaster and their decision to base themselves in rural Kerry was highlighted by the report. It explained how Ned Harty’s (Edmond Harty’s father and founder of the company) vision has become reality.

“With emigration again affecting many rural communities in Ireland in hard economic times, the realisation of Ned Harty’s dream has meant jobs at home in Causeway and a cadre of locals with high-tech skills.

“Ireland’s Silicon Valley for cows perhaps, created by an entrepreneurial spirit which provides local jobs while helping farmers as far away as Siberia and Japan.”