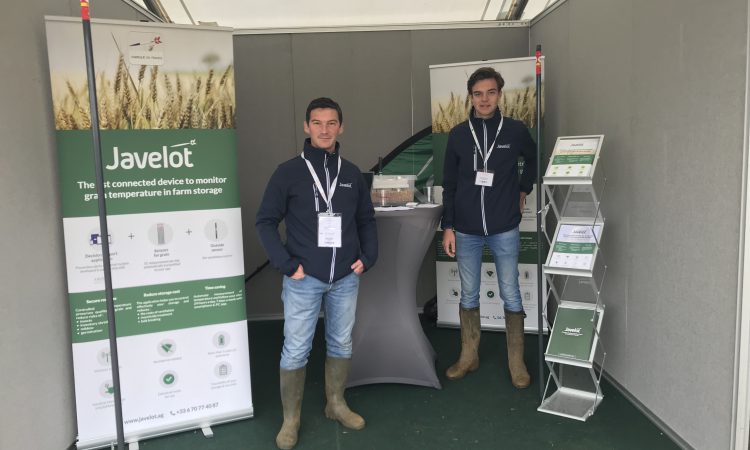 Javelot is a new company supplying a grain temperature tracker which sends temperature data to a smart-phone or computer.

AgriLand caught up with the company at this year’s Cereals event in the UK to learn about two of its main products – one is used for storage in a silo, while the other is used for in-shed or even heaped storage at harvest time.

Similar to what the name suggests the product works somewhat like a javelin. The farmer sticks the Javelot into a grain heap – then the thermometer at the bottom of the device reads the temperature and the temperature reading is then sent to a computer or mobile device using a wireless signal. One thermometer is needed for every 200t. 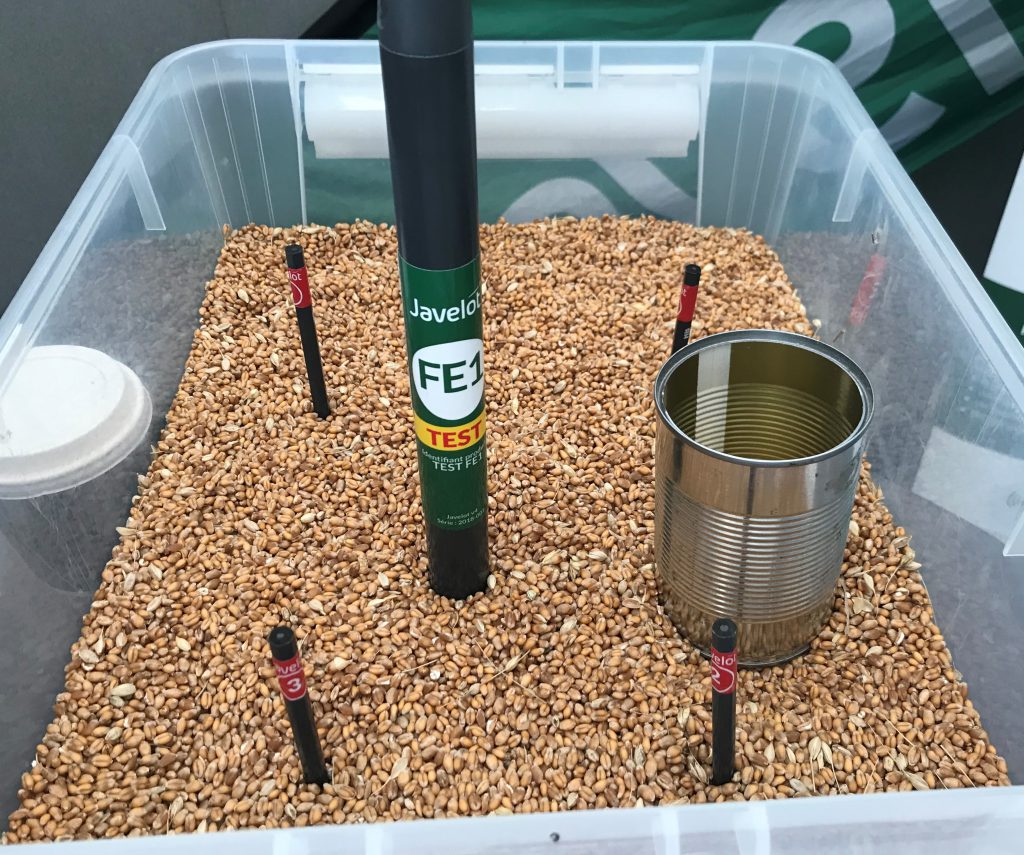 A computer programme allows the data to be compiled together and creates graphs, as well as showing changes from day-to-day, week-to-week or month-to-month.

The minimum, maximum and average temperature for each sensor in the past 24 hours is recorded. This information is also available for the outside temperature.

The ventilation hours can also be recorded for each month.

The programme will also create a report in excel which will show the grain temperature throughout storage. Documenting good storage may help in the sale of grain, while it may also help to reduce problems with pests.

A target temperature can be set and an alarm will be raised which sends a notification to the user if the temperature is too high.

The product was first launched in January 2018 and as of June of this year, the company had approximately 100 items sold and these were mainly to co-operatives. In general, there is not a massive amount of on-farm storage in France, as crops are cut at low moisture contents and sent straight to the buyer. 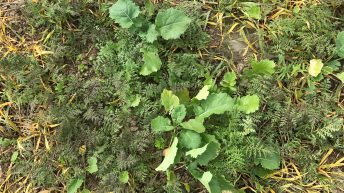 Catch crops: Getting down to the roots 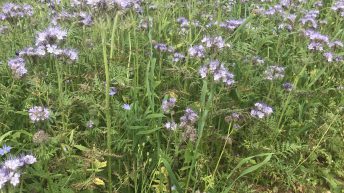