Protests continue at multiple factories around the country, despite ‘ceasefire’ 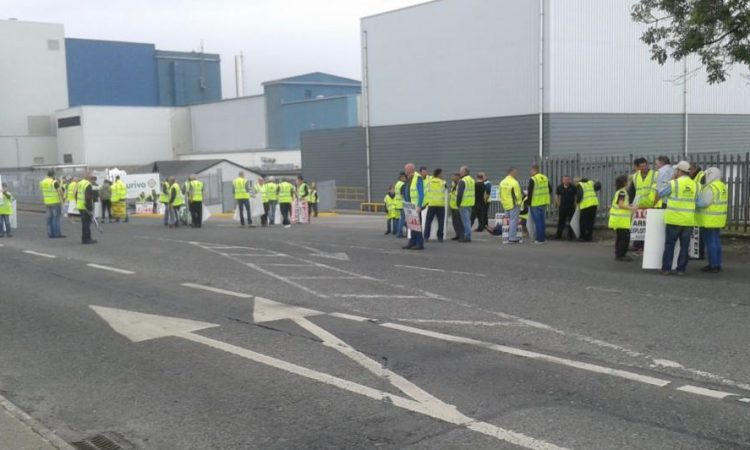 Despite the announcement last night, Friday, August 9, that protests at beef processing plants (and related legal proceedings) were to be suspended, pickets are apparently ongoing this morning at up to nine factories.

Industry sources have also indicated to AgriLand that many factories are now taking in or processing cattle this weekend – in a bid to make up for significant “disruptions” over recent days.

A statement – apparently agreed by both parties – indicated that protests and related legal proceedings would to be suspended with “immediate effect” until the agreed talks had concluded. These talks are scheduled to take place on Monday.

Advertisement
Those that will be in attendance at Monday’s talks will include: the Beef Plan Movement; MII; representatives from other farm organisations, the Department of Agriculture, Food and the Marine and its agencies.

The minister will also appoint an independent chairperson who will preside over an agreed agenda; this individual has not yet been named.

However, anecdotal reports have emerged that protests are ongoing today – at up to nine beef processing plants around the country.

It is not known, however, if these protesters claim affiliation with the Beef Plan Movement. It is understood that the organisation itself has called for protests to be “suspended”.

Meanwhile, it’s also believed that high-level communications are ongoing (this weekend) between key figures in the country’s farming organisations. As ever, stay tuned to AgriLand for ongoing updates…as and when they emerge.