The image above shows floodwaters from the Missouri River in Iowa in the USA on May 10. Image source: CBC News (Nati Harnik / Associated Press)

The bullish conditions in grain markets, driven by wet planting conditions in the US, have cooled this week and marketeers will be watching for the release of the next USDA Crop Progress report on Monday, June 3, before making any decisions.

The USDA Crop Progress Report released on May 28 showed that 58% of corn had been planted in the US – 32% behind the five-year average for the time of year of 90%. Ohio and Indiana are furthest behind with just 22% planted in both states.

Weather forecasts in the US also show that a dry planting window is about a week away in the affected areas. 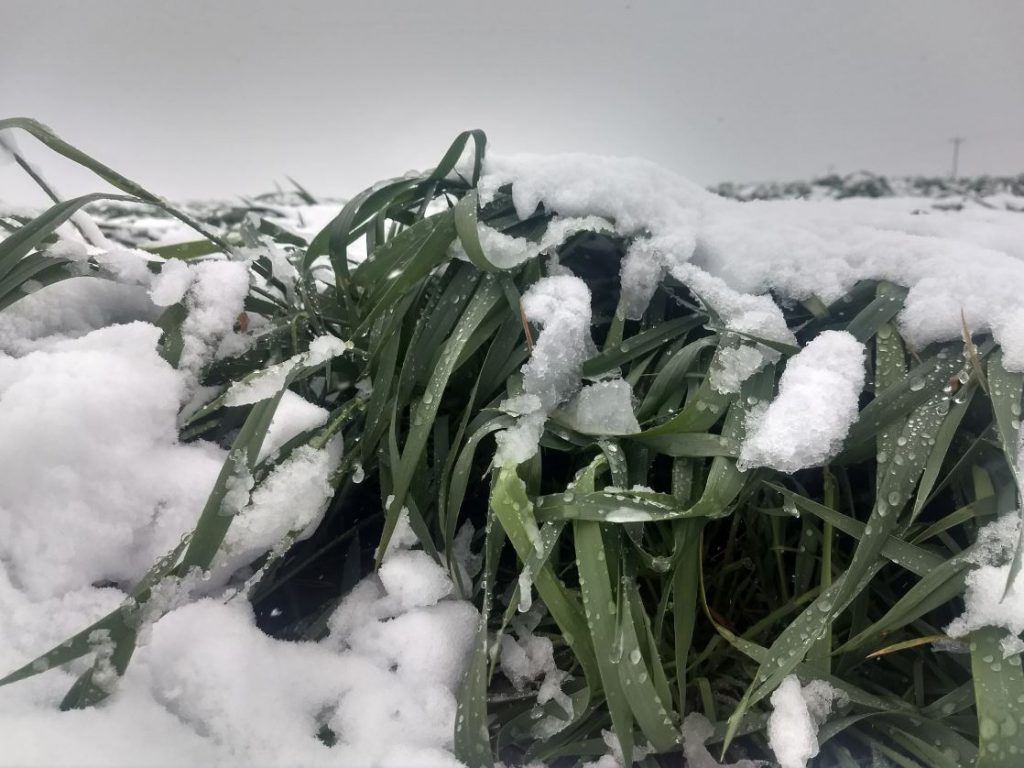 Wheat covered in snow in Nebraska, US, on May 21. Image source: Tyson Narjes

Australia to import wheat for first time in 12 years

Crops in Europe are thought to be in generally good condition, while parts of Australia continue to be hit by drought. At present, forecasters are expecting wheat yields in Australia to return to normal levels – having produced the smallest wheat crop since 2007/2008 last season.

However, eastern Australia is currently experiencing very dry conditions during planting and the chances of rainfall levels going above normal are low.

As a result of the reduced harvest the Australian Department of Agriculture has allowed wheat to be imported from Canada to supply the market.

Oilseed rape looks set to reach high prices this season on the back of a predicted reduction in yield.

The main decrease in yield is expected to come from France, Germany and Romania according to the International Grains Council.

As of Friday afternoon, there was no change to these prices.

Wet weather in the US which may hamper wheat quality and is impacting heavily on corn plantings led to some improvement in Chicago Board of Trade (CBOT) wheat prices. On Monday, May 27, the July price closed at 489.50c/bu. By Thursday, that price had climbed to 514.00c/bu.

However, a decrease came on Friday morning when the price fell to 505.20c/bu.