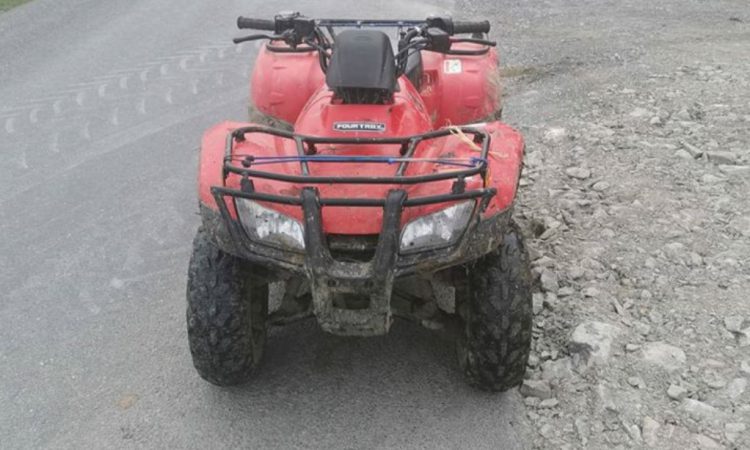 Members of An Garda Síochána based in Co. Cavan have detained a quad that was stopped on a public road under the Road Traffic Act earlier this week.

In a brief statement on social media, Gardaí said:

“In recent days Cavan Gardaí were carrying out Covid-19 patrols in the Arva area when they encountered a quad driving on the public road.

Neither the driver or young pillion passenger were wearing helmets.

“The quad was not registered or insured to be travelling on the public road and was subsequently detained under the Road Traffic Act,” the Garda statement explained.

Gardaí in Sligo investigating numerous thefts of gates from forestry and farm lands in the south of the county over the last three weeks have recovered several gates in recent days.

In a short statement, a spokesperson for An Garda Síochána noted that planned searches were carried out in the Achonry area, near Tubbercurry, earlier this week.

This, the spokesperson said, resulted in a “large number of gates being recovered and suspects are now identified”.

A file is being prepared for the Director of Public Prosecutions (DPP), the Garda representative added.

Continuing, it was noted that both An Garda Síochána and Sligo County Council can assist farmer members of the public in property marking.

“Anything than can be stolen should be marked with identifiable marks were possible,” the Garda spokesperson warned. 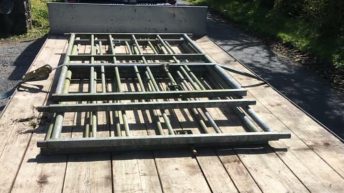