Additional employment permits for workers from outside the European Economic Area (EEA) have been included in changes signed off on by Minister for Business, Enterprise and Innovation, Heather Humphreys, on the relevant regulations to ease labour pressures on the Irish agri-food sector.

Announced today, Wednesday, July 24, the changes include 100 additional permits for dairy farm assistants, following the introduction of a pilot scheme for the occupation in May 2018, and 300 work permits for meat deboners.

The allocation for the dairy sector represents a doubling of the initial 50 permits announced by the minister last year.

The extended pilot scheme for dairy workers includes a minimum remuneration threshold of €22,000 with specific obligations for employers in relation to the welfare and prospects of foreign nationals employed under the scheme, including ensuring access to suitable accommodation and to training including language training.

A new quota of 300 employment permits for meat deboners, with a minimum remuneration threshold of €27,500, has also been approved.

This is being introduced following consideration of the submission by the industry of a business case citing the continuing difficulties experienced by employers in the sector to source labour resources, despite their investment in training programmes and recruitment drives both nationally and across the EEA, according to the Department of Business, Enterprise and Innovation.

With the end of milk quotas in 2015, the value of Irish dairy exports has risen by a huge 78% since 2010, the department noted.

The sector estimates that over €2.5 billion of investment has been made on farms to increase capacity and improve environmental and animal welfare programmes, and in excess of €1 billion has been spent by dairy processors to increase capacity, add value and diversity to the national product mix.

The industry predicts that the requirement for labour on dairy farms will increase by some 700 full-time positions per annum over the next seven years. 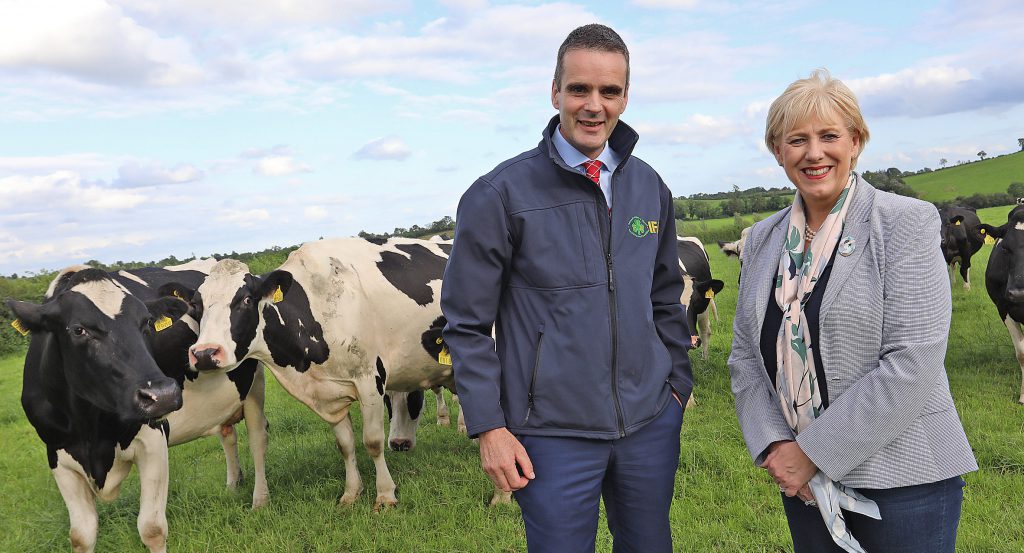 Announcing the permits, Minister Humphreys said: “This announcement today will ensure that in the short to medium term the sector’s immediate labour requirements will be met through the recruitment of non-EEA workers. In the longer term, the sector will continue to progress initiatives to increase recruitment at home and in the EU.”

The employment permit system offers an interim solution for employers where specific skills prove difficult to source within the EEA, according to the department.

Other changes announced by the minister today give effect to a number of recommendations of the Review of Economic Migration Policy (2018), which will commence on January 1, 2020.

They include the increase in the Labour Market Needs Test for the General Employment Permit from two to four weeks to more adequately test the EEA labour market.

They also include an increase in the remuneration threshold for the Critical Skills Employment Permit, for occupations that are in high demand, from €30,000/€60,000 to €32,000/€64,000 to begin the realignment of the threshold to average annual earnings.

The current thresholds were set in 2006 and were aligned to the then average industrial wage.