There’s a lot we could learn from the Grain Farmers of Ontario (GFO). Randy Jackiw is the assistant deputy minister of economic development at the Ontario Ministry of Agriculture, Food and Rural Affairs.

Randy outlined that weather conditions last year caused incidences of DON (a mycotoxin) in grain and while loads of corn into Ireland, for example, did not breach recommended levels, the problem needed to be addressed.

In the past six months, the Canadian’s have been working to address this problem knowing that it may not occur every year and rears its head when wet and cool weather meet after silking.

Sampling was heightened at intake. Intense sampling now means that grain can be segregated and treated accordingly. While this slows down the system at intake it very importantly means that the buyer knows exactly what they are getting.

It was also found that increased cleaning can reduce levels and storage can be altered where DON is a problem.

Farmers in Ontario will be able to test grain in the fields and know what problems, if any, lie ahead at harvest time.

Research has also shown that corn infected with mycotoxins can be used in the production of ethanol. However, the distillers grains which are a by-product of this process cannot then be used in the animal feed chain. An end use for this product is yet to be determined. 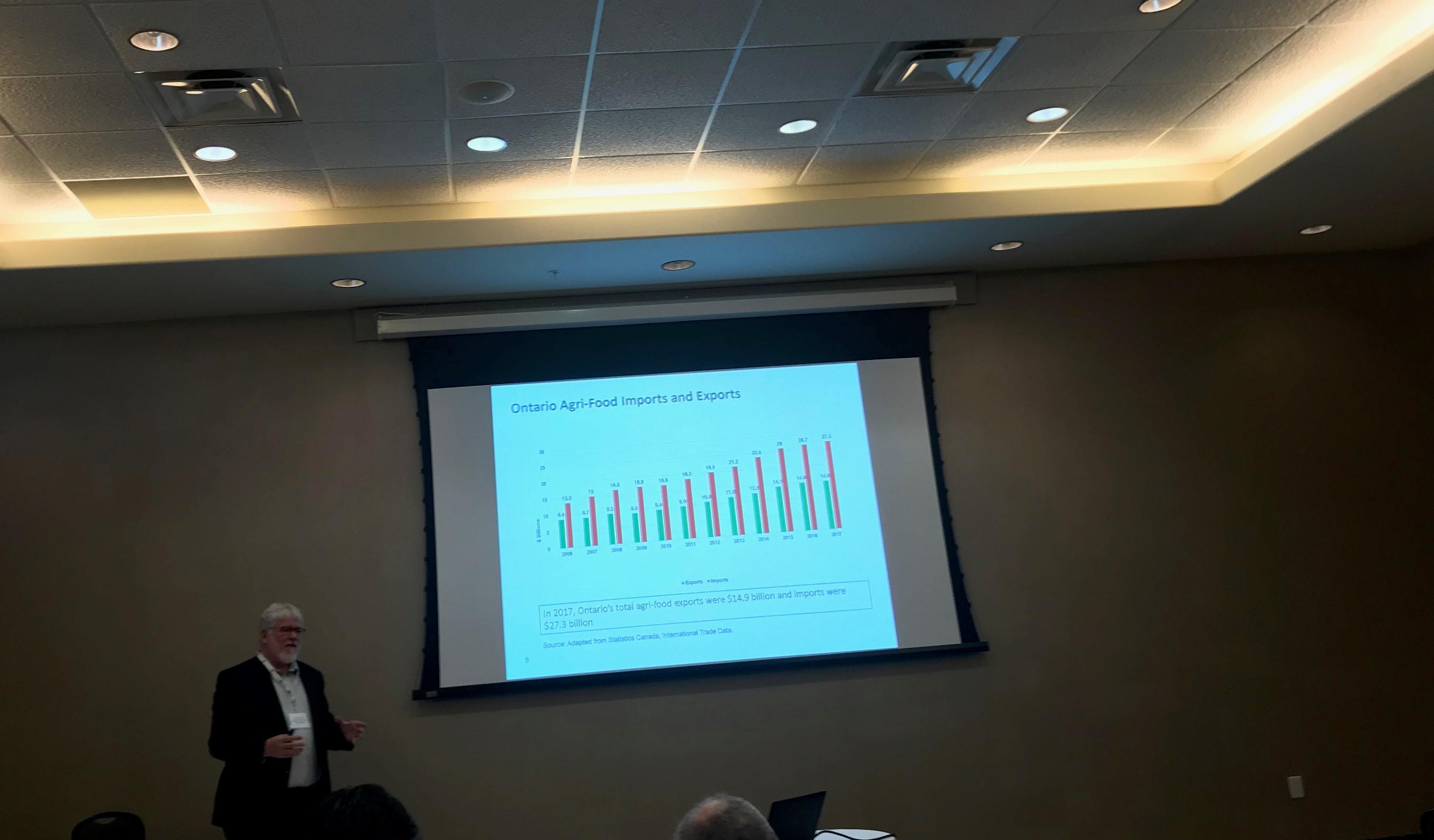 Testing at loading at ports also adds further confidence to the supply chain. All loads are tested by the Canadian Grain Commission or a third party equivalent, such as SGS for example.

Testing is usually specific to the end user, but all loads are tested.

What can Ireland learn?

Providing decision support systems or in-field testing in susceptible years in Ireland could help to improve our supply chain as grain intakes could segregate product and ensure that infected product does not make it into the animal feed chain where mycotoxins can have serious effects on animal health.

Resistant varieties are also being examined and chosen and the large amounts of data available are being used to research the issue.

For example, last season some areas were completely unaffected by DON and this information will be used to reduce instances in the future.

Speaking on the issue, Randy stated that the production line is transparent and, as a result, elevators and marketers can be confident in what they receive.

He added that the region is “extremely proud” of the quality of crops and reputation and integrity of our systems.