The Ulster Farmers’ Union (UFU) has said that it will work with incoming UK Prime Minister Boris Johnson to “achieve the best possible Brexit outcome that will enable the agriculture industry in Northern Ireland to flourish”.

Earlier today, Tuesday, July 23, Johnson was formally announced as the new leader of the Conservative Party, and will now take over from Theresa May as prime minister.

Ivor Ferguson, the UFU’s president, said: “We have continuously stressed that leaving the EU without a deal would be catastrophic for Northern Ireland’s farming community.

A no-deal outcome resulting in high tariffs to sell into the EU market; lower quality, cheap food imports; and a hard border on the island of Ireland, remain the biggest concerns and are ongoing issues regarding Brexit.

He went on: “The UFU will continue to lobby with leading political members and the other three UK farming unions. The future of our agriculture industry depends on our capability to reach a deal that will support the Northern Ireland farming community ahead of leaving the EU.”

Johnson was elected as Conservative leader by party members on a ballot of 92,153, beating out Jeremy Hunt, who scored 46,656 votes.

Throughout the leadership campaign, Johnson has made it clear that he would take the UK out of the EU with or without a deal on October 31.

As a withdrawal deal has not yet been ratified by the UK, the current default position is that a no-deal Brexit will occur on October 31. 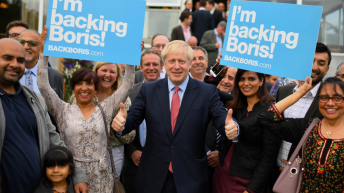