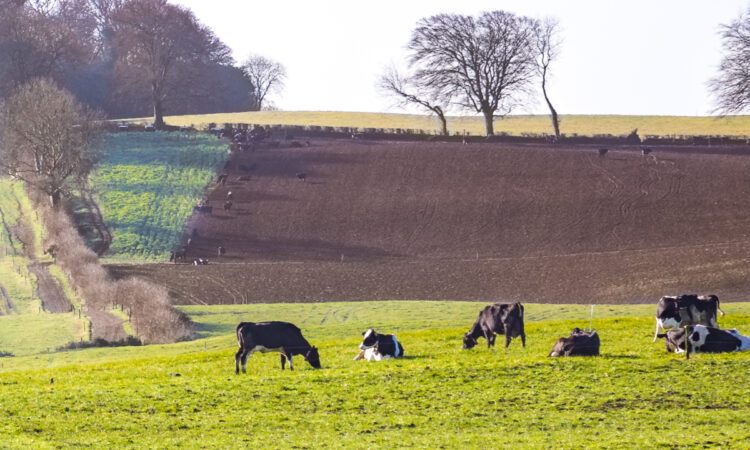 A top agri economist has analysed how agri-food trade between Ireland, the UK and the EU will look in the event of a no-deal Brexit.

Con Lucey, former economist with the Irish Farmers’ Association (IFA), has compiled a study entitled ‘Emerging UK Agriculture and Food Policy post-Brexit and Potential Implications’ on behalf of the Institute for International and European Affairs (IIEA).

In the study, he makes a series of predictions on how the trading landscape across sectors will look if the UK leaves the EU without a deal later this year.

As it stands, beef exports from Ireland to the UK supplies 70% of the latter country’s beef imports – which accounts for 50% of our own exports of the produce, including fresh, frozen and boneless beef.

As well as that, the UK will introduce a tariff rate quota (TRQ) of 230,000t, meaning that only imports above this amount will be subject to tariffs.

This TRQ would be open to both EU and non-EU suppliers, on a first-come, first-serve basis.

Worryingly for Ireland, Lucey predicts that produce from countries where production costs are lower could be more successful in filling the UK’s TRQ – though he stresses that this will depend on UK decisions regarding standards and regulations.

The other key predictions for the beef sector include:

At present, the UK is the largest destination for EU lamb imports, and exports 80,000t itself to the rest of the EU.

The UK accounts for 23% of Ireland’s lamb exports.

The proposed UK tariff regime proposes that lamb imports be subject to a tariff rate equal to 100% of the EU’s tariff.

After that, UK imports from the EU, including Ireland, would be subject to this tariff and, therefore, Lucey predicts these exports would not take place.

Exports in the opposite direction would also be unlikely to take place given the tariff situation, according to Lucey.

In particular, live lamb exports from Northern Ireland to south of the border would probably switch to mainland UK, in order to avoid the tariff of €80.50/100kg (€33.80 for a 42kg lamb).

As things stand, 60% of the pigmeat consumed in the UK comes from the EU, while the EU’s tariff prevents imports from non-EU members.

The UK tariff for pigmeat would only be 13% of the current EU tariff, with no TRQ, meaning international suppliers could gain a foothold as pigmeat suppliers to the UK.

The economist predicts that prices in the UK market will be lower and more volatile as a result of this increased reliance on global supplies.

Finally, turning to dairy products, virtually all of the UK’s dairy imports come from other EU countries, while non-EU countries are subject to a relatively high EU tariff.

The UK is Ireland’s only significant market for our cheddar cheese, currently sending 78,000t that way, accounting for 82% of the UK’s imports of the product. Cheddar cheese will be subject to a relatively low tariff at 13% of the current EU tariff, without a TRQ.

All other dairy product imports into the UK would be tariff free.

UK exports to the EU would still, of course, be subject to the EU’s tariffs, likely resulting in increased price instability in the UK market.

Meanwhile, liquid milk exports from Northern Ireland to the Republic would incur a tariff of €21.80/100kg, or 22c/L, “making this trade uneconomic” according to Lucey.