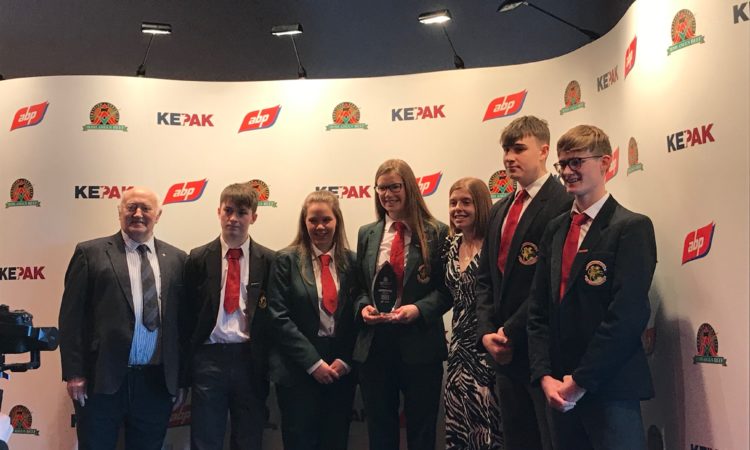 Within the first six months of the incoming government “a full review” of the offspring from the dairy sector “needs to happen”, independent TD Michael Fitzmaurice has warned.

The Galway-Roscommon TD has outlined this measure as part of a 14-page ‘formation of government talks briefing document’ – drawn up by the politician – who is currently holding exploratory talks with various political parties, as the slow process of establishing the next government continues in Leinster House.

However, the TD’s vision for the future of Irish agriculture receives a significant airing in the document – including his proposal for an urgent and full review of dairy sector progeny.

If it is determined that the offspring from one or more breeds are not up to scratch when the calves’ beef traits are assessed, then a wind-down in the use of those breeds on a national basis must occur inside a three-year period.

“Further research must be carried out to determine the best breeds to use on dairy cows to maximise the sale value of their calves, both for export or domestic finishing systems.”

The document also outlines that a key priority for any future government must be to introduce “a DNA system” for all cattle and sheep – to ensure that the produce is “truly Irish” and to ensure that “the ‘farm-to-fork’ marketing image is 100% traceable”.

The farmer, contractor and turf-cutter highlights that a maximum stocking rate of two livestock units per hectare – across all enterprise types – must be implemented in order to “keep nitrates under control”.

On those who operate feedlots, he says they too must have the required amount of land to balance out stock numbers, as outlined above.

The paper also states that the competition authority needs to be handed more powers to investigate the different sectors, with the beef sector the first to be examined.

Turning to live exports, Fitzmaurice states that any incoming government must commit to continue increasing live shipping of cattle to other countries, including outside of the EU.

With regards to designated lands, the documents details that the NPWS [National Parks and Wildlife Services] must be given an initial budget of “€10 million to start with in order to compensate farmers”.

This payment must be forthcoming, otherwise the designation must be lifted.

“The seven-month stocking requirement under the ANC [Areas of Natural Constraint] scheme must be changed to a yearly system.”

On the shape of the next Common Agricultural Policy (CAP), Fitzmaurice outlines that the maximum amount any farmer can receive from grants – including: BPS (basic payments); ANC; or future schemes under the CAP (GLAS, BDGP, SWS etc) – must be capped at €50,000.

“The only exception for this would be temporary emergency measures which would be brought in to deal with weather-related difficulties or prolonged periods of poor prices.

“This will ensure that there will be more money in the pot to divide among smaller family farms.

“We have to get to a stage where a young farmer on a 32ha farm who is in receipt of BPS, ANC, a proper environmental scheme, a sheep welfare scheme and a suckler cow scheme is in receipt of a minimum of €20,000 per annum.

“The environmental scheme should be worth between €8,000 and €10,000 to the farmer, while the suckler cow scheme must be simplified to ensure that the calf is weaned and eating meal within an acceptable time-frame.

This payment should equate to €200/cow on the first 14 cows.

“If there is a shortfall of funding following the EU budget negotiations, then the Irish government must make up the difference and increase the pillar two budget in order to fund the suckler payment,” the document contends.

The paper continues that payments under the Sheep Welfare Scheme must be capped at a maximum of 150 breeding ewes per applicant, while payments per ewe should be increased.

The TD is also seeking the implementation of a comprehensive package for young farmers to encourage them to continue farming – this would include “prioritising young farmers” under all of the relevant schemes.

“An incentive must also be in place for older farmers to hand the farm on to the younger generation.”

He says “forgotten farmers” that missed out in the last CAP programme must be afforded the same terms and conditions as the young farmers.

In relation to stamp duty, Fitzmaurice is of the view that a separate rate of 2% for agricultural land must be implemented – providing the farm is under 40ha and the purchaser retains or leases the land for a period of six years.

He points out that the way in which the Revenue Commission defines ‘a young farmer’ – currently it has the age limit at 35 years – must be “brought in line” with the Department of Agriculture, Food and the Marine, which deems the limit to be 40 years-of-age.

This is important in relation to stamp duty; we cannot continue to operate off two definitions.

The document states that TAMS (Targeted Agricultural Modernisation Scheme) needs to be continued as is, with the inclusion of funding of “mats for slats”.

However, it states that agricultural contractors need to be able to avail of TAMS to secure grant funding for slurry equipment moving forward.

It is also clearly stated that the idea of calendar farming – particularly when it comes to slurry spreading and hedge-cutting – needs to be reviewed.

When it comes to farm inspections, Fitzmaurice says “a yellow card system” needs to be followed.

“If a farmer is notified of an upcoming inspection and they require additional time to carry out necessary works around the farm then they can opt to receive a yellow card without any penalty.

“This would mean that they could rearrange the inspection for an alternative date within three months of the initial date.

A farmer could only avail of the yellow-card system once every two years.

For the agricultural sector as a whole, he says a simplified visa system must be introduced to cater for the shortage of workers.

And, in order to protect tillage farmers’ incomes, Fitzmaurice says “we need to look at growing more high-yielding protein crops for livestock feed-stuff, in order to cut down on imports.

“It is imperative that we set up a quality system promoting Irish grain from Irish farms,” the document states. 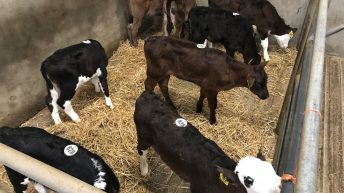