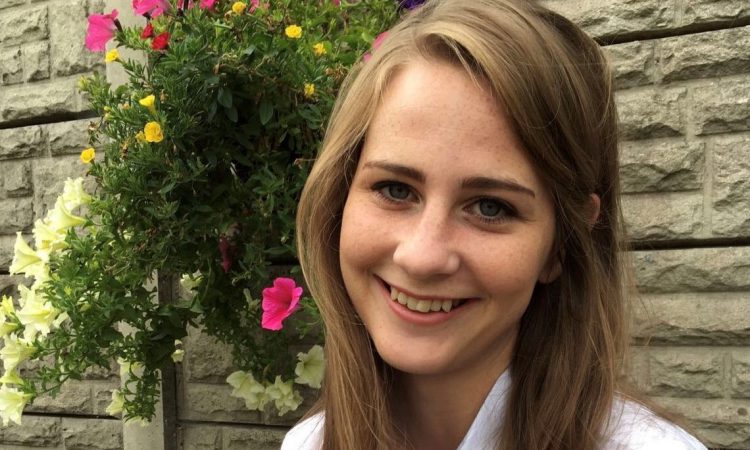 She is used to milking cows to make some money but now a Kildare author who draws on farming life for inspiration has sealed a big book deal on the theme of coming of age, set to put her agricultural earnings in the shade.

Louise Nealon’s novel ‘Snowflake’ which centres around an 18 year-old woman who lives on a dairy farm in Kildare with her mother and uncle has been acquired by Bonnier Books UK and will be published in April 2021.

‘Snowflake’ and one other title by debut author Louise (27) was snapped up by Bonnier Books which has hailed it as “an exquisite coming-of-age story.” ‘Snowflake’ will be the lead literary debut from imprint Manilla Press in 2021.

Margaret Stead, publisher for Manilla Press and Zaffre, acquired UK and Commonwealth, excluding Canada, rights for ‘Snowflake’ in a six-figure pre-empt. Film and TV rights have already been acquired by Element Pictures, the team responsible for current hit ‘Normal People’. Both were sold by Marianne Gunn O’Connor from MGOC Creative.

In the book, Debbie’s uncle Billy lives in a caravan in the garden. Her mum Maeve’s grip on reality is increasingly tenuous, and she spends her days recording her dreams which are more real than her daylight hours. This world is Debbie’s normal but she is about to step into life as a student at university in Dublin.

Debbie finds life increasingly difficult to navigate between the world of home and her new life, coming to see that sometimes even the oddest of families are our real places of safety. ‘Snowflake’ is billed by the publisher as a startling, honest, laugh and cry novel about growing up and leaving home.

Louise, who has spoken out about her experience of depression, said that in early March, she got a phone call from her agent, Marianne Gunn O’Connor, who read out an email from Margaret Stead of Bonnier Books UK.

“That phone call changed my life. It is a dream come true to be represented by an agent and a publisher who believe wholeheartedly in the story that I am trying to tell. I am so grateful that the team at Manilla Press have the same grá for these characters as I do,” she said.

“I am looking forward to post-lockdown celebrations, but for now, I am dancing around my childhood bedroom in a Harry Potter dressing gown,” said Louise, who played corner-back for Cappagh, Co. Kildare’s intermediate club championship winning side.

Margaret Stead, publisher, said that ‘Snowflake’ is a brilliant novel, with huge heart and a raw, honest, hilariously funny and real look at coming of age, mental health, and the meaning of home.

Louise Nealon is a huge talent and we are so pleased and proud – and excited – to be publishing her at Manilla Press next year.

Agent Marianne Gunn O’Connor said that she fell in love with the coming-of-age story from the first chapters Louise shared with her.

“I knew I had to find a very special home for it. Margaret Stead and Kate Parkin of Bonnier Books UK acted like lightning and pre-empted in a six-figure offer, for their new literary imprint Manilla Press.

“There was no doubting their passion and vision which they matched with a robust offer and a killer proposal, outlining their vision and what they could do for ‘Snowflake’.”

Louise won the Sean O Faolain short story competition in 2017 which led to her getting on Marianne’s books. She lives on the family farm where she divides her time between reading, writing and helping with milking.

“I grew up on a dairy farm between Kilcock and Enfield on the Kildare side of the border, in the little village of Newtown. My dad inherited the farm from his father and continues to run it along with my brother,” Louise told AgriLand.

“I have to say that I always worked very part-time on the farm. I’d get a fierce slagging if I pretended otherwise. They call me the fairy. When I was a kid, I used to sing to the calves in the calf shed. They were a very startled audience,” she said.

Since I’ve graduated college, I’ve been lucky enough to milk cows to earn a bit of money while still being able to write full-time. I am far from a model employee. My dad jokes that if you just wind me up every so often I’ll be grand putting on units.

“I’ve learned to watch out for the ones with the red strap on for the dump line or the can. I’m half asleep when I milk cows, so I actually find it a really good headspace to think about writing and about life.

“I feel incredibly lucky to have grown up on a farm. We had a great childhood. Our friends loved visiting because we’d half kill each other on hay bales or go watch a calf being pulled. A lot of my writing inspiration comes from the farm and my local landscape.

“The first piece of writing I wrote in college that I was proud of was of a girl sticking her hand into a calf’s mouth. It’s not an experience that everyone has access to, but it’s so normal for me,” she said.

“It’s difficult to be living at home and not being involved on the farm in some way. You’re asked to stand in gaps or help with a fence. Even looking out the sitting room window onto the maternity ward in the field, you spot when a cow is down or needs help.

“I’ll continue to be involved in the way that I always was, as the last resort when they are stuck for a milker or need a hand to cover the silage pit.” 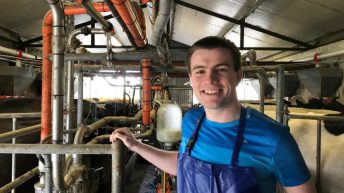